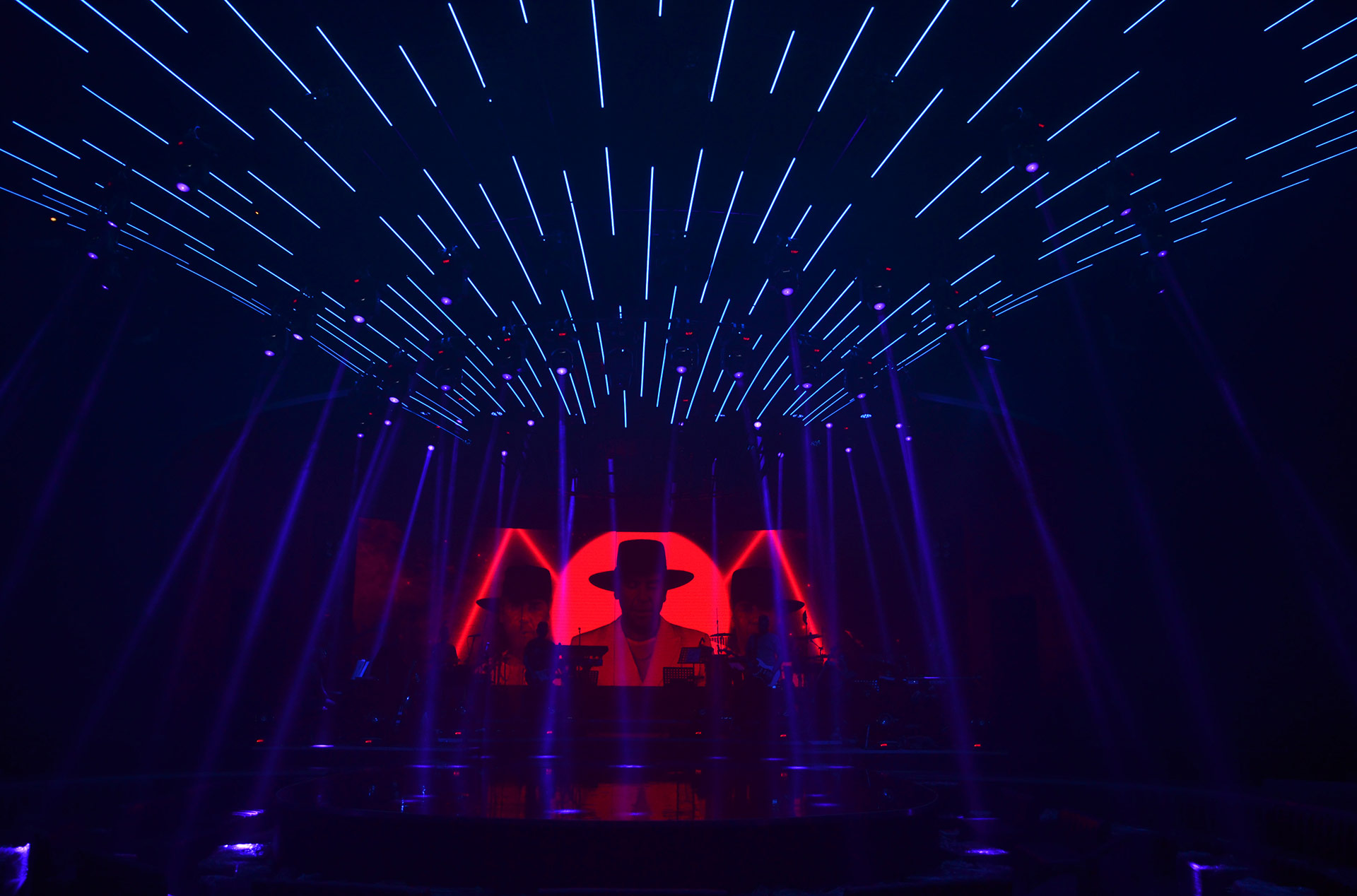 Fever is live stage hall, where famous greek singers sing and make their live performance. In the season 2019-2020 the greek singer Giorgos Mazonakis was about to sing in this stage with Panos Kiamos in a show with the title “The Mad Man Show” . The project was to create a futuristic set design , according to the directions of the director Konstantinos Rigos.
A giant futuristic moving ceiling was designed ,like a giant chandelier that would open in the middle and through a hole the singer would come down to the stand makes an amazing performance for the outcoming of the singer.
Lines of Led stripes have been placed on the ceiling and the back of the stage.
In the back of the stage a led wall is mapped so the videos that are played are included inside the futuristic shapes.
The Entrance and the façade of the building have been redesigned. 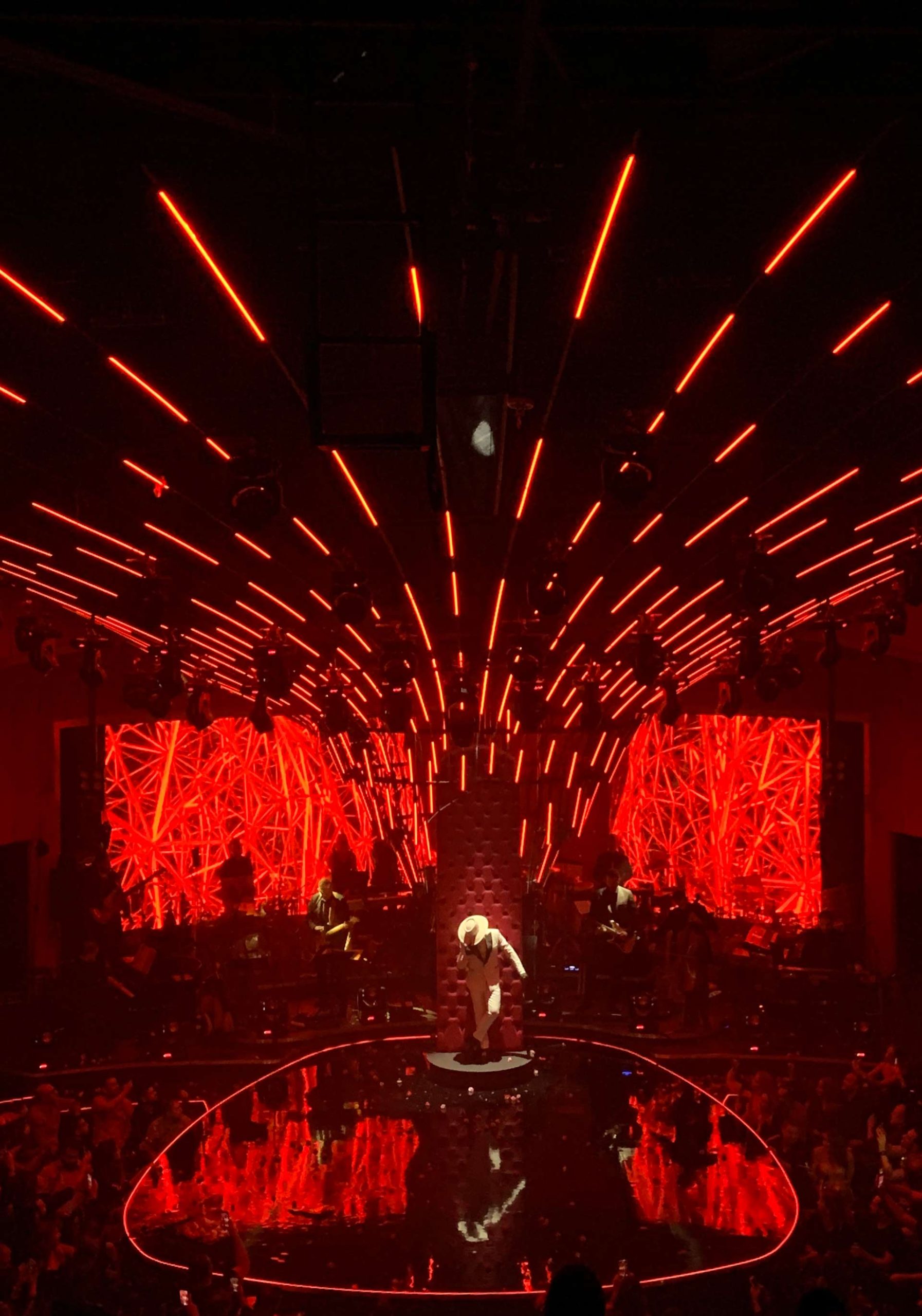 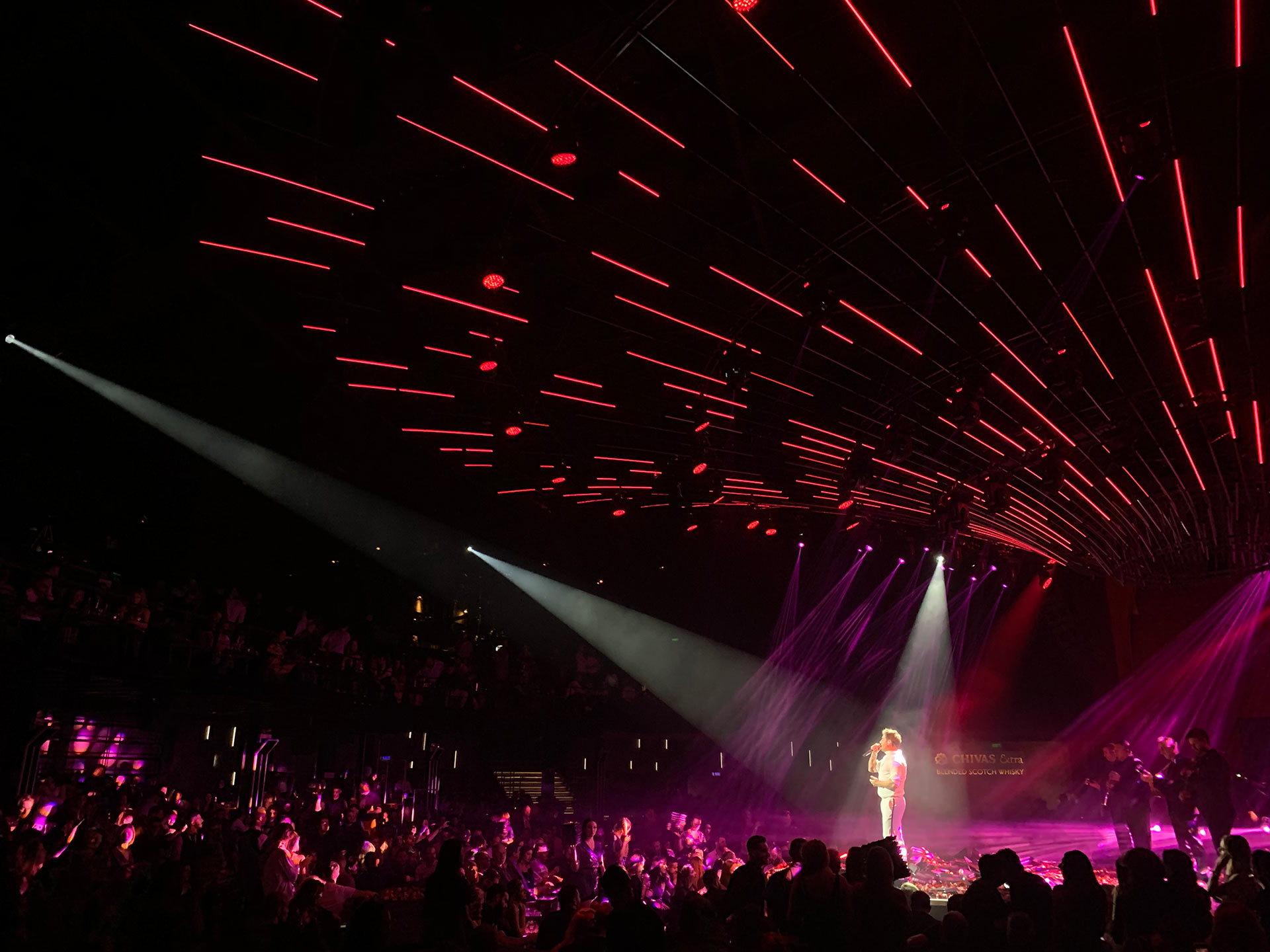 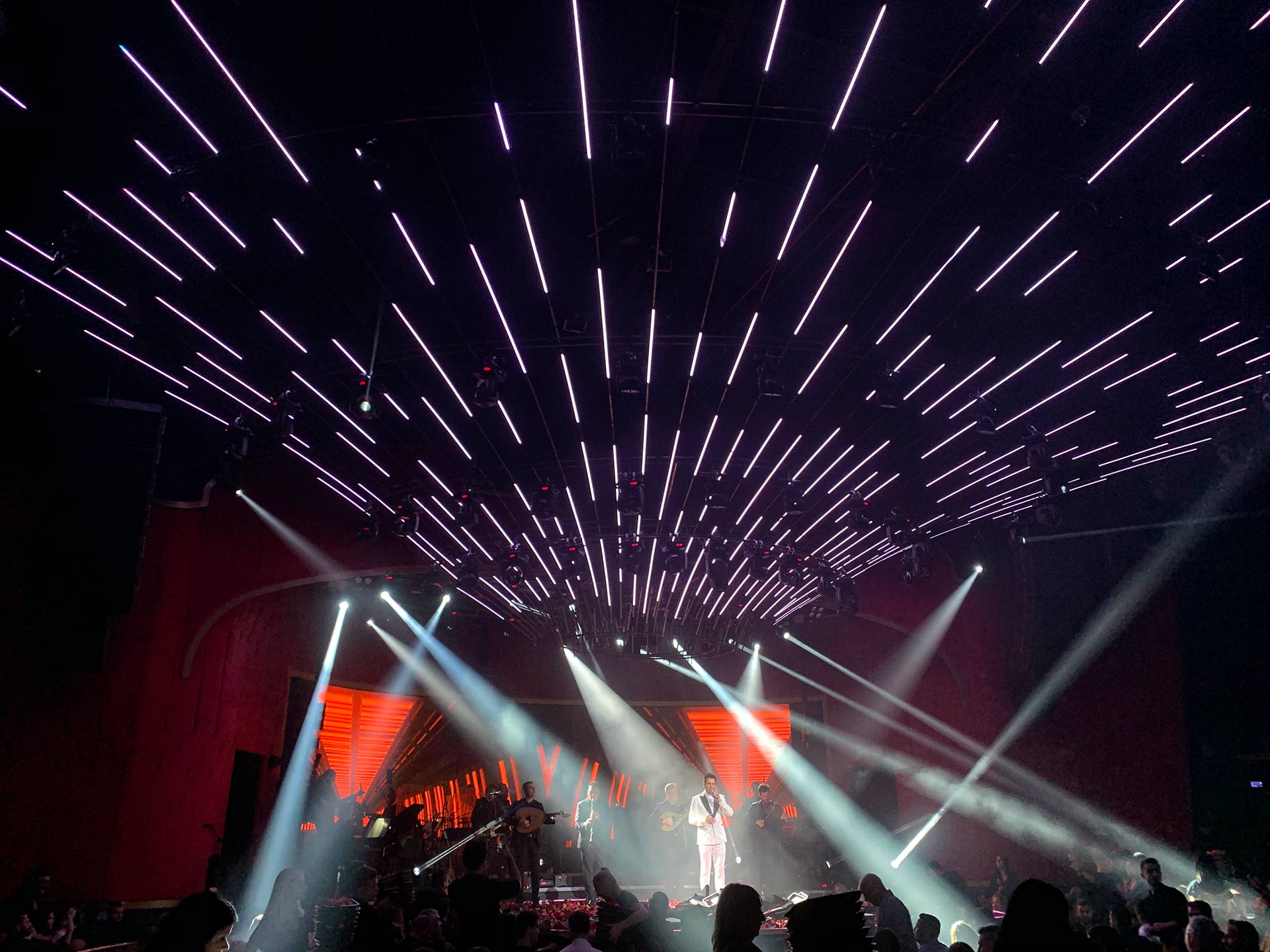 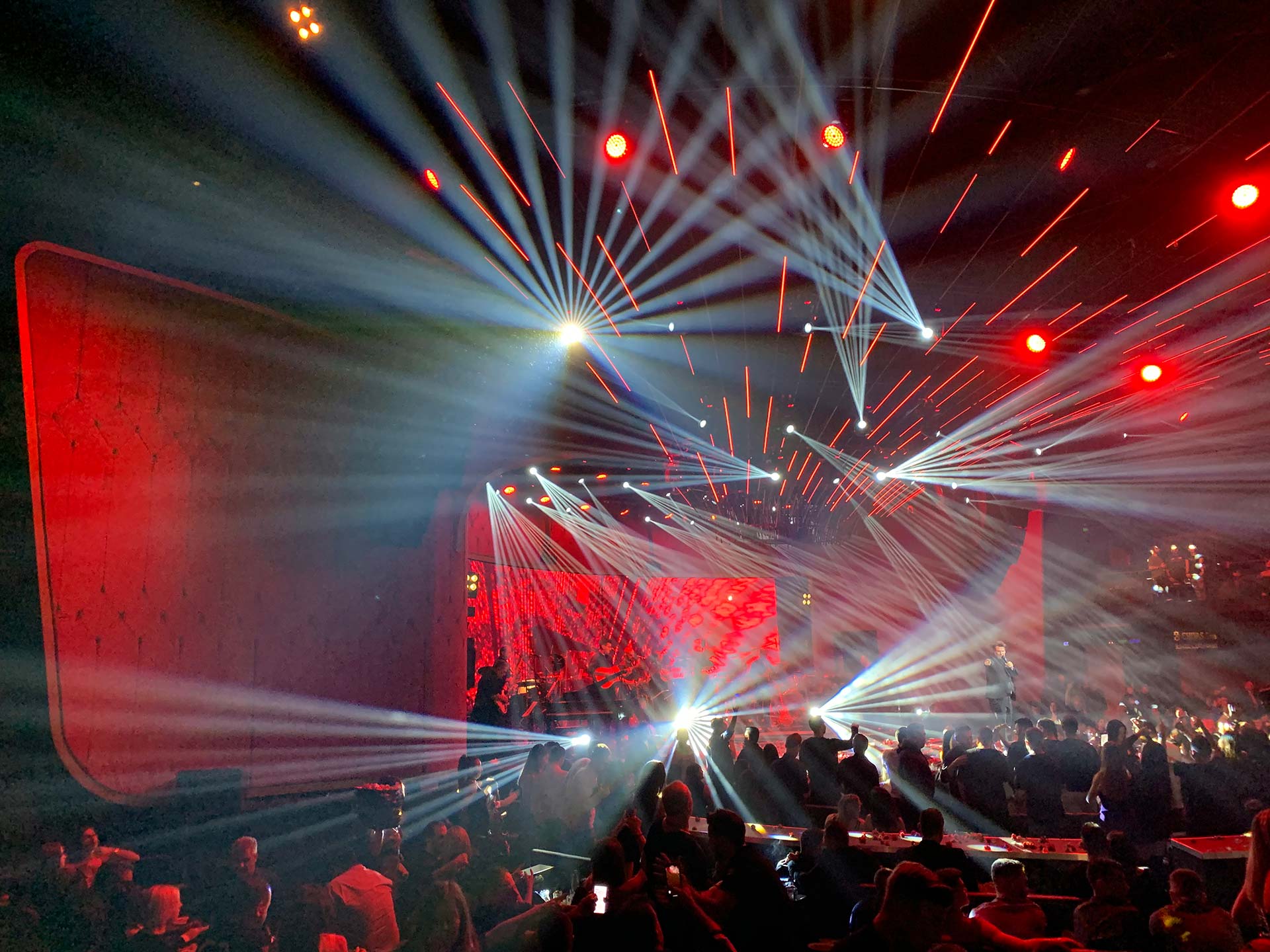 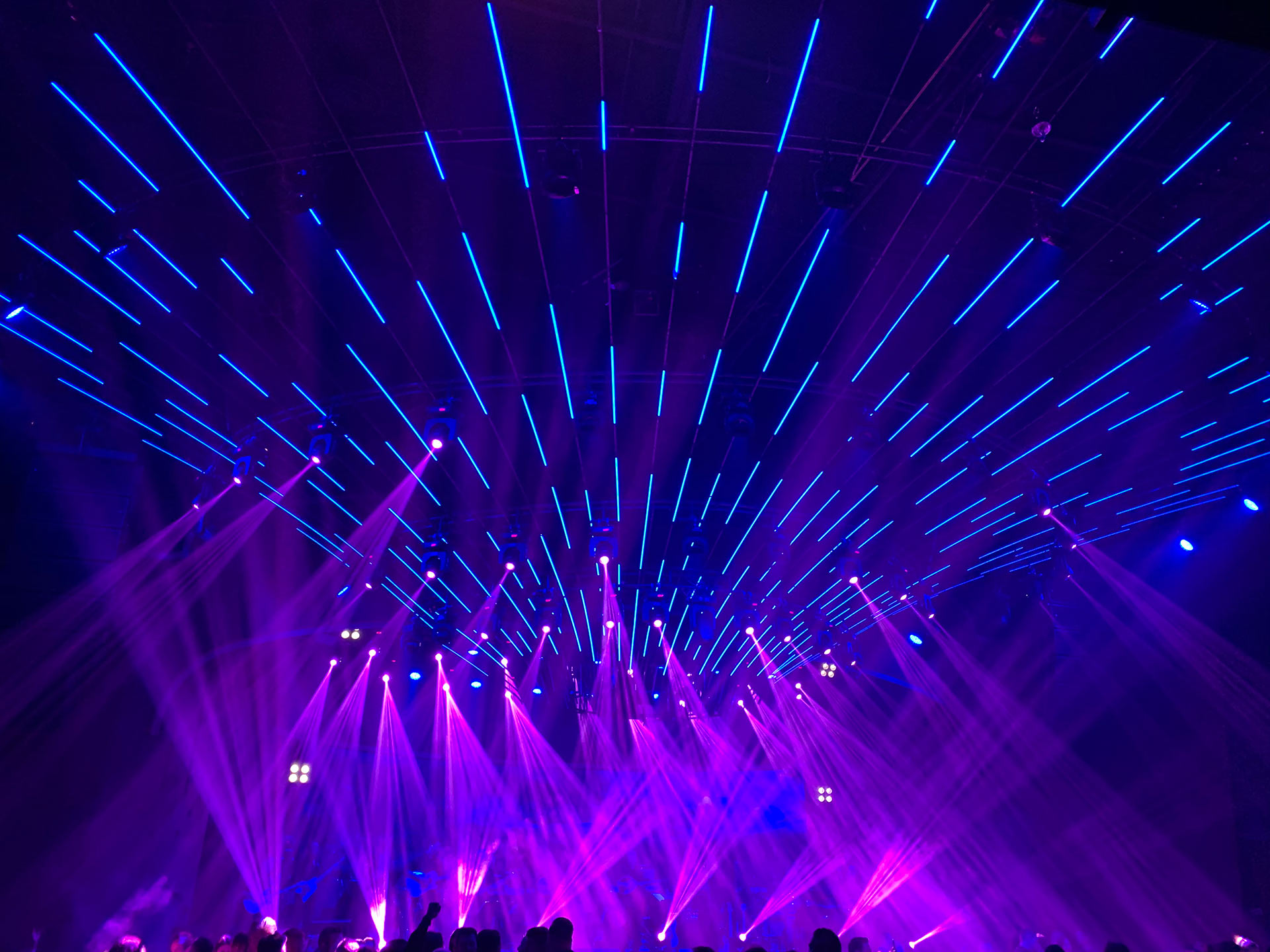 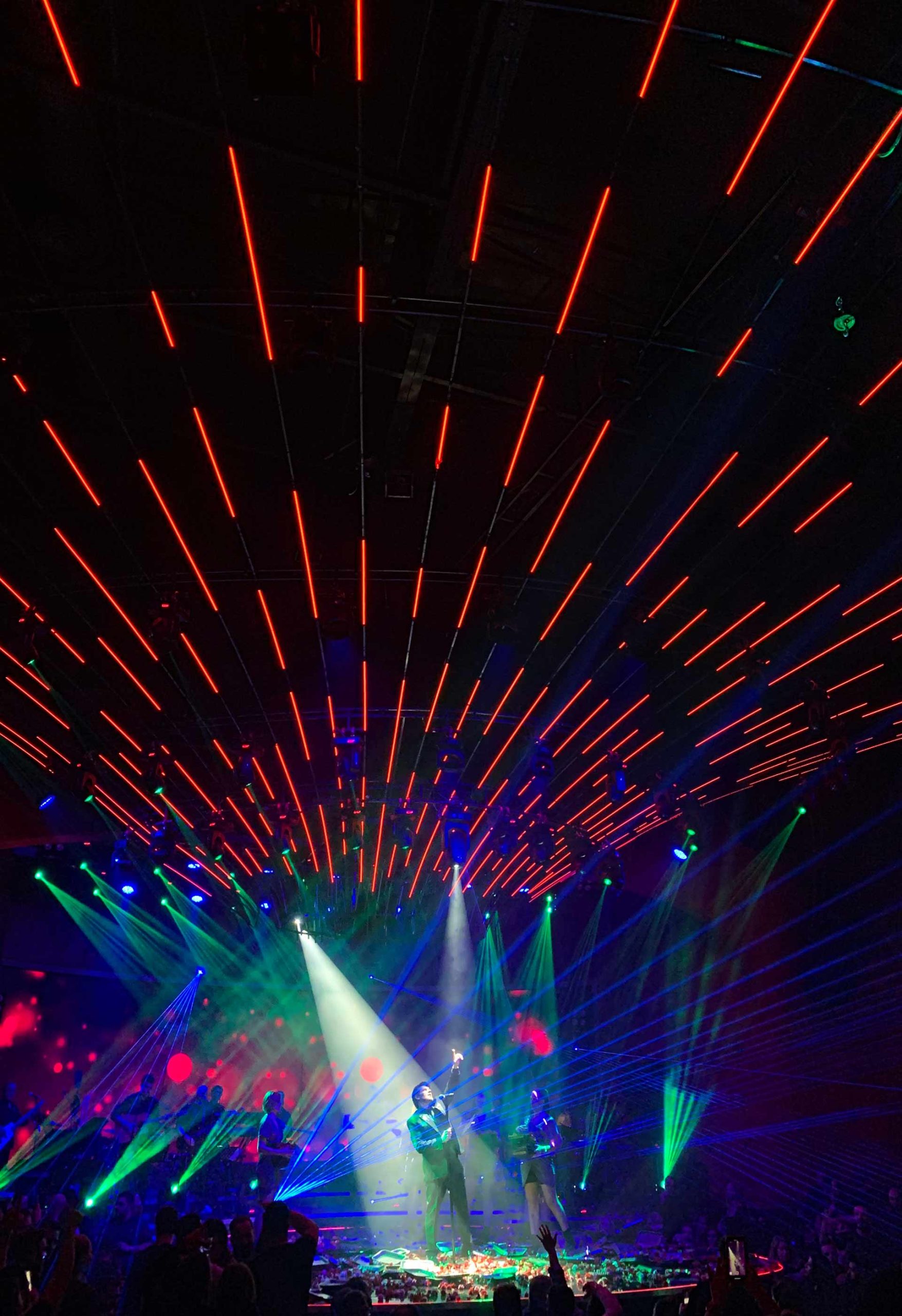 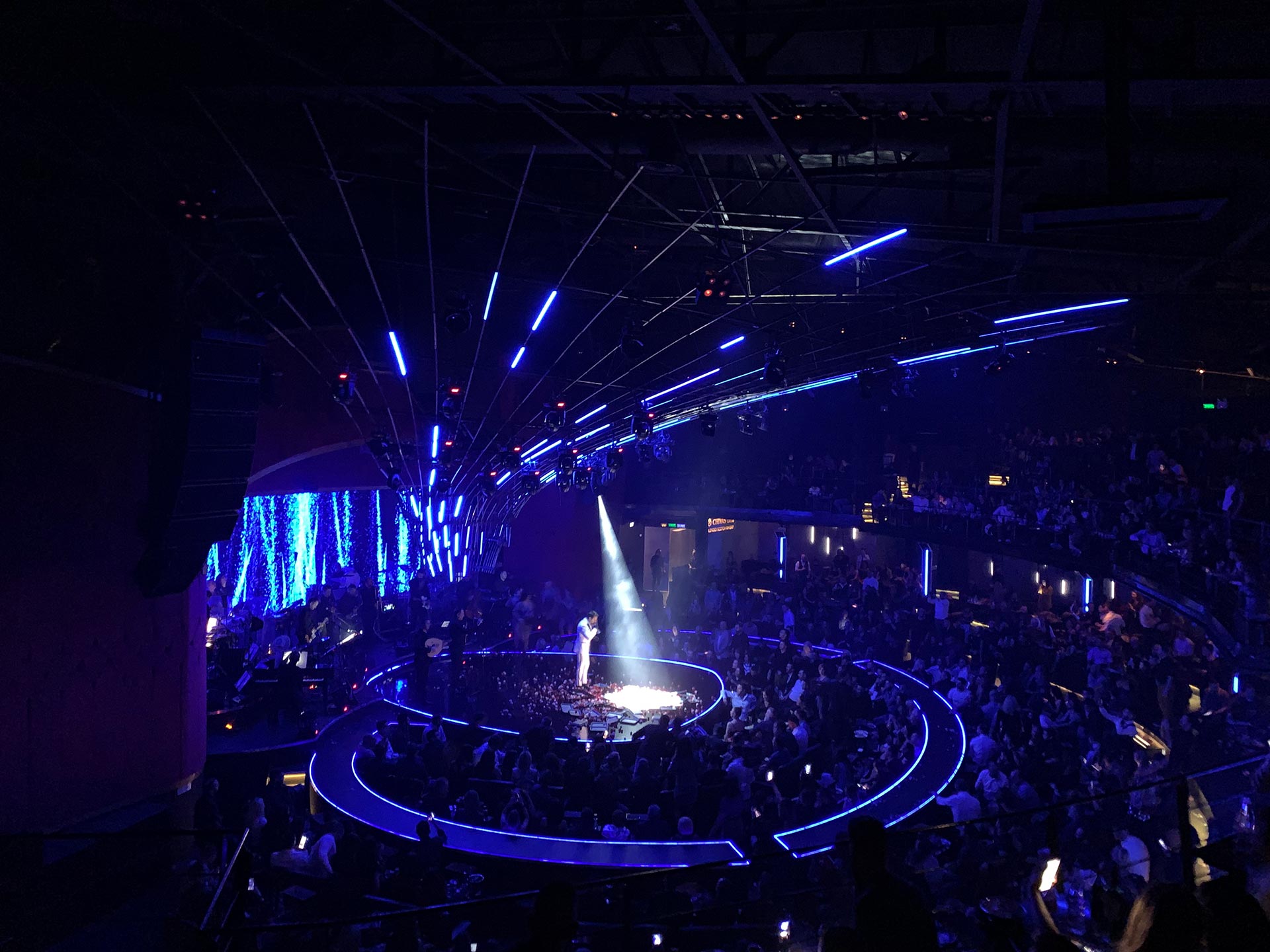 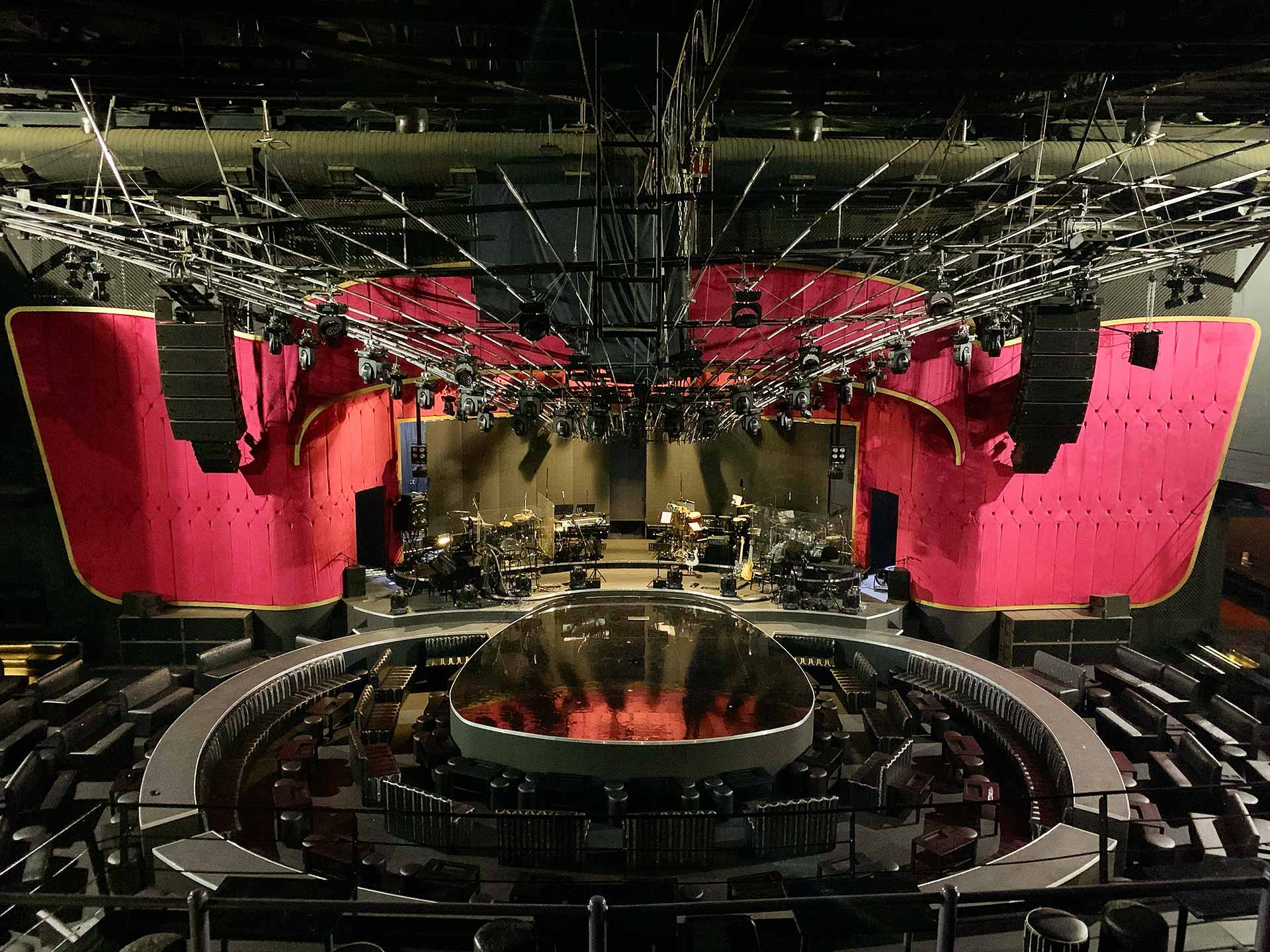 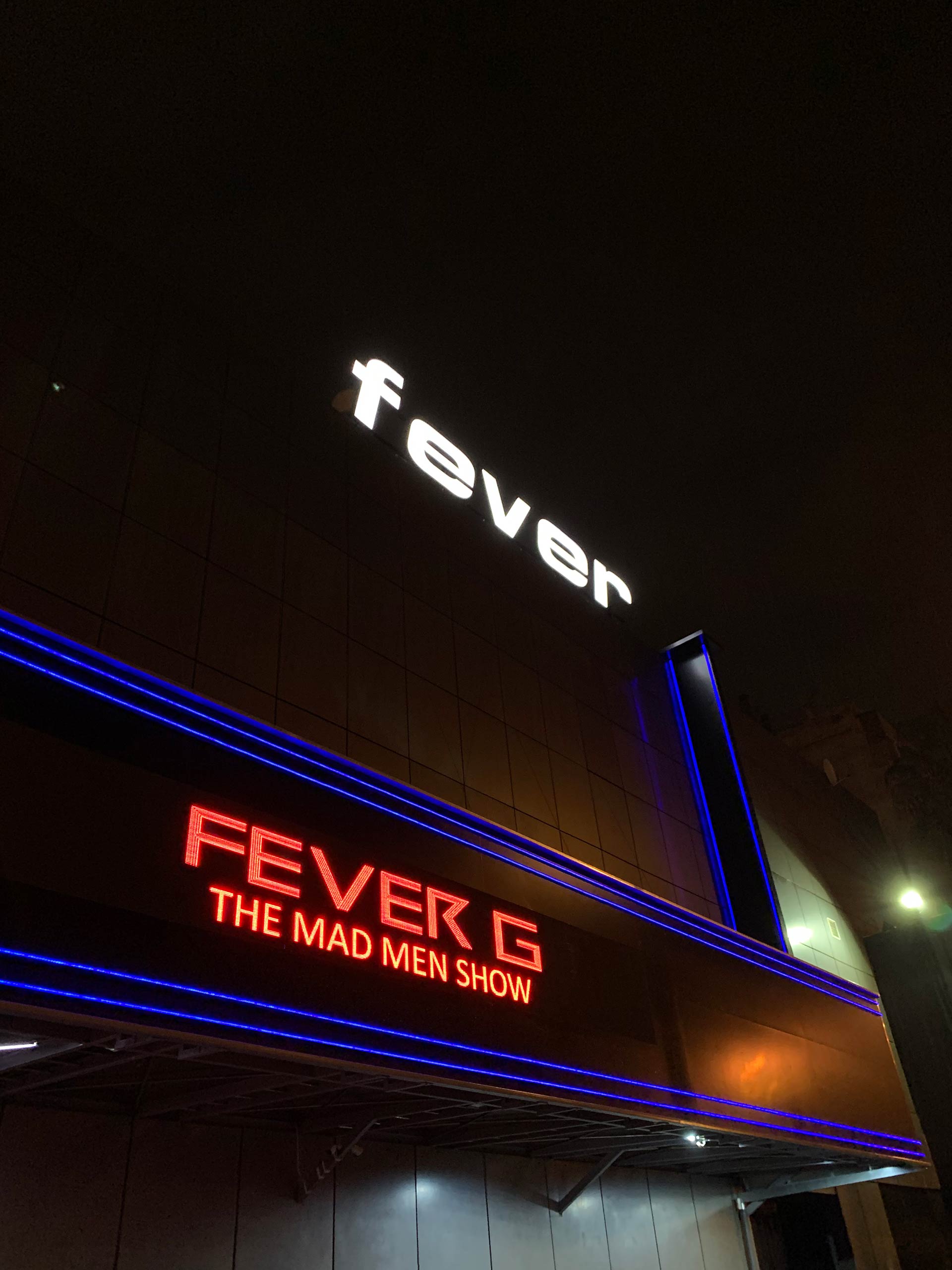 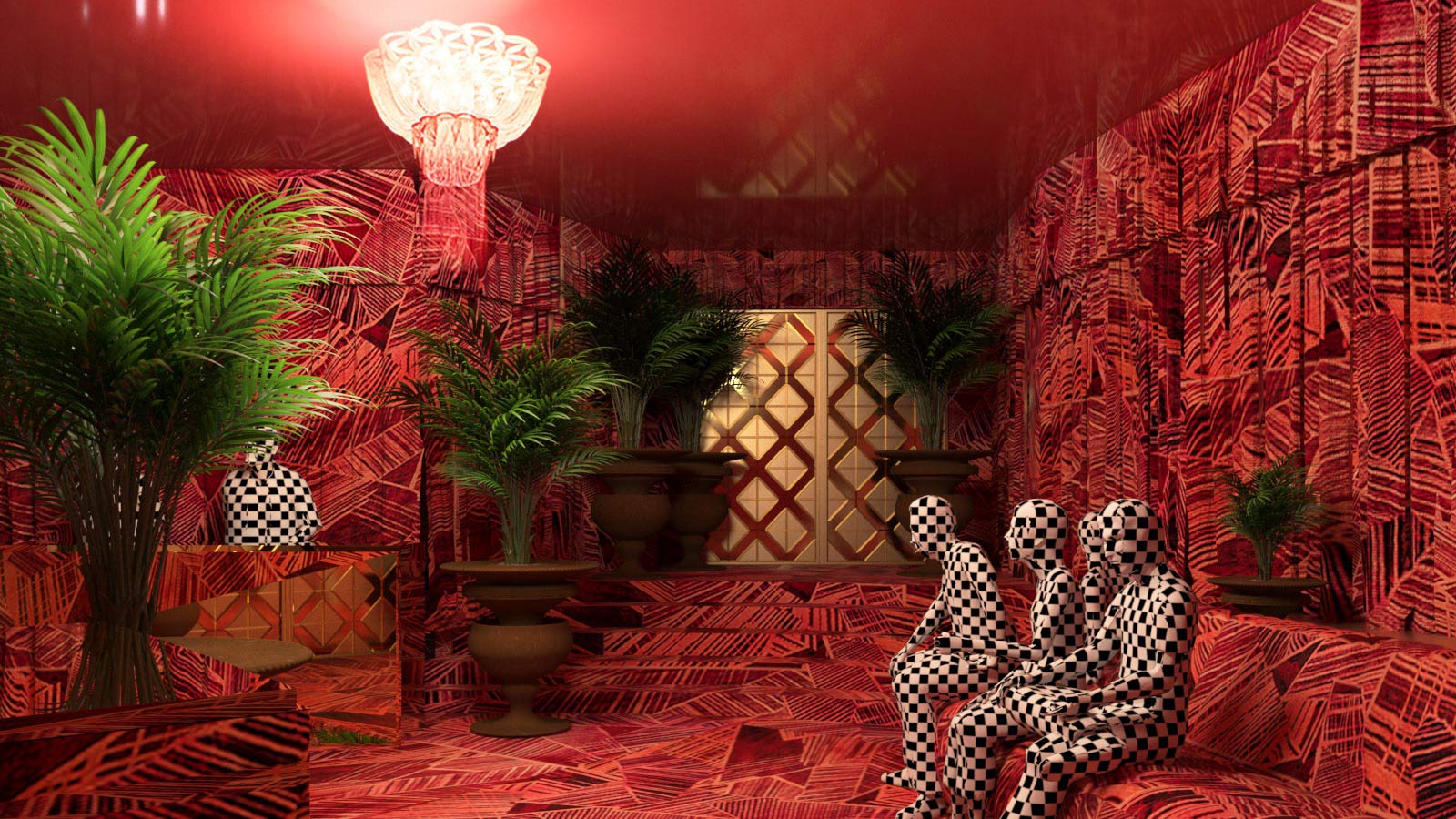 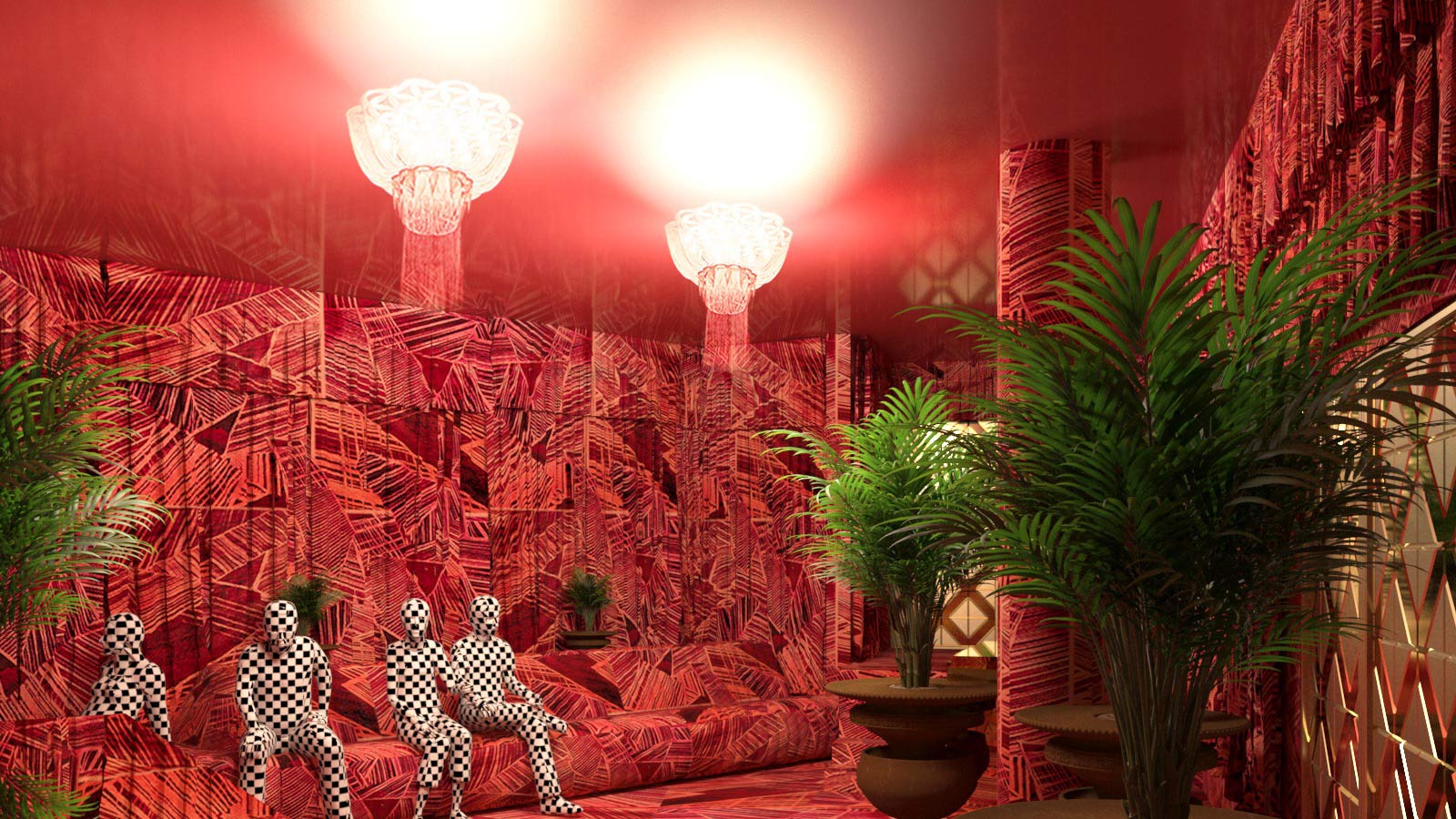 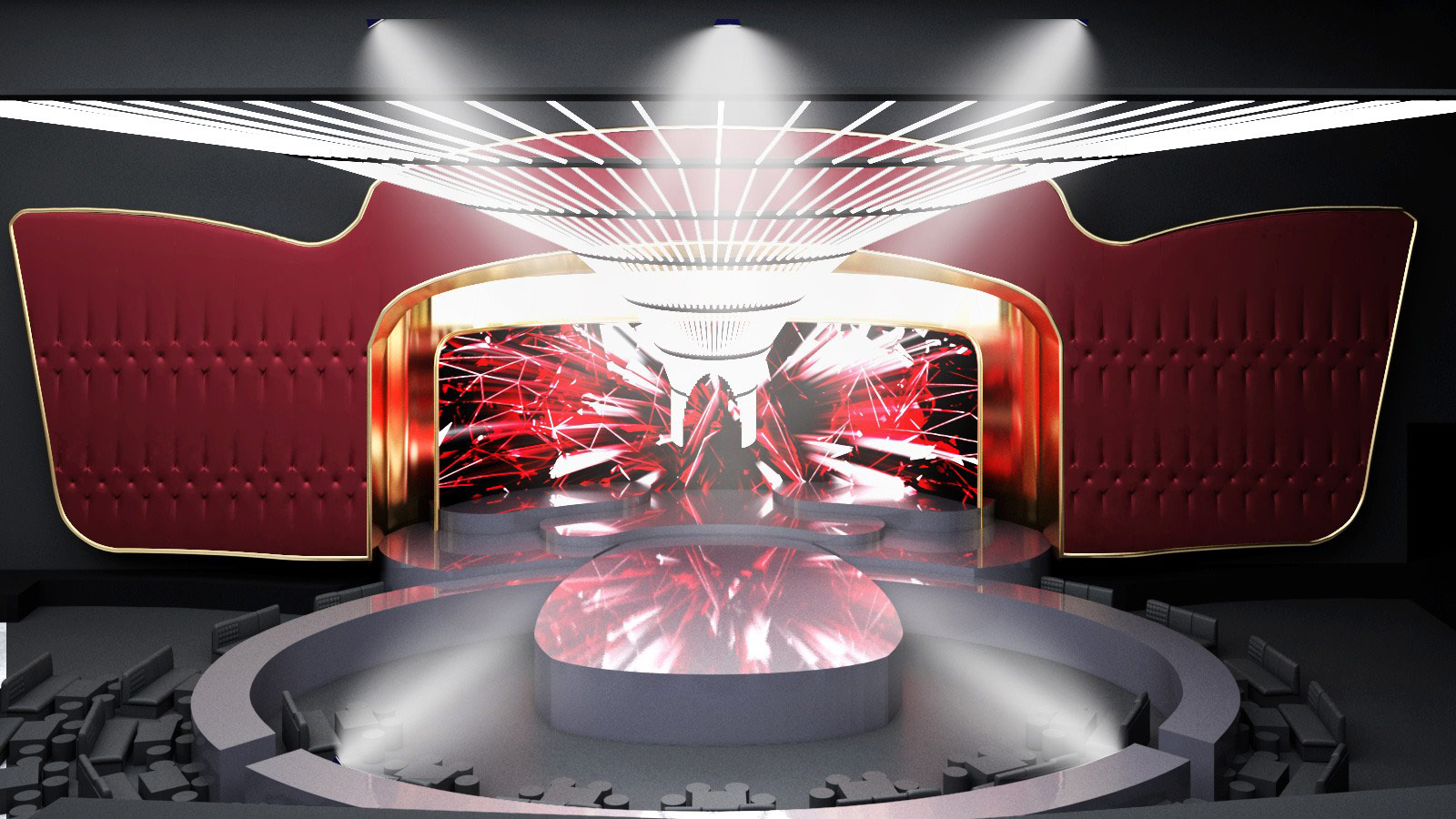 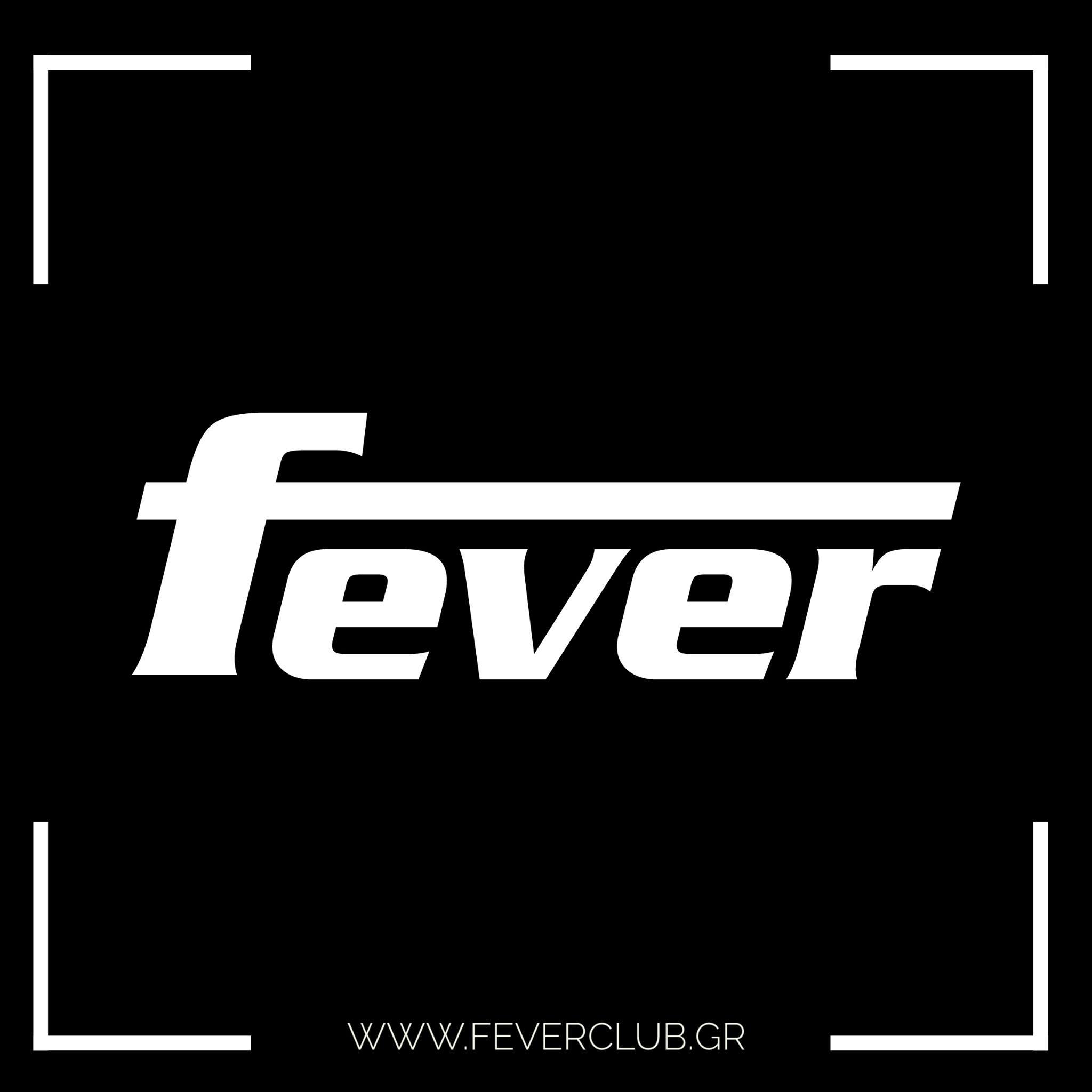