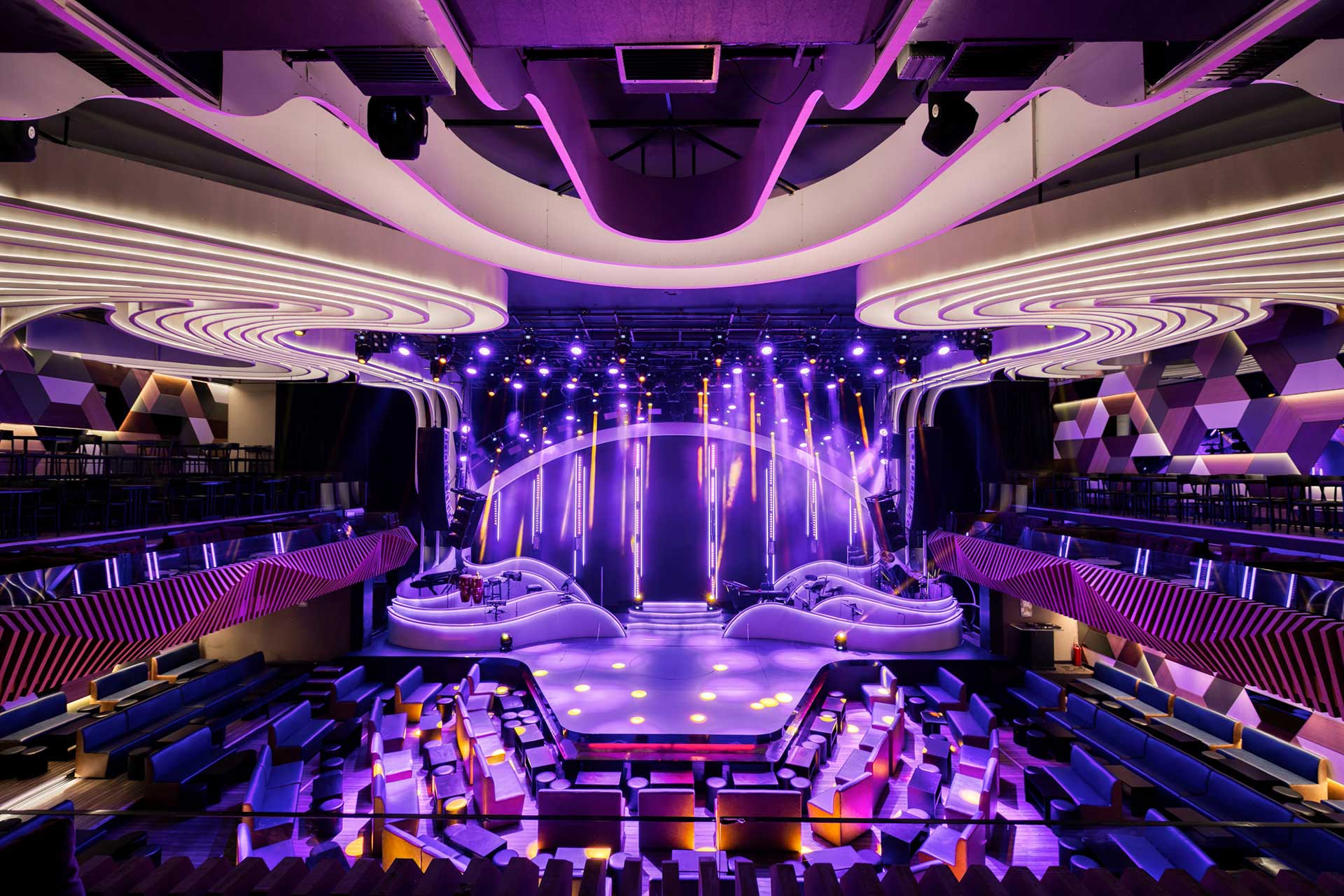 Kentro Athinon is live stage hall, where famous greek singers sing and make their live performance. In the season 2019-2020 the greek singer Nikos Oikonomopoulos was about to sing in this stage.
The client asked to redesign the entire place, and trying to give an essence of an auditorium .
A new ceiling has been designed, and new wooden surfaces have been placed all around the walls.
According to the directions of the director Konstantinos Rigos, and the direction of the singer, we designed a new set according the shapes and the forms of the new design. The forms of the ceiling are moving to the stage and following the shapes they develop to forms, surrounding the singer , and creating space for the live orchestra.
Lines of Led stripes have been placed on the floor of the stage, and they are connected with the ceiling.
In the back of the stage a led wall is mapped so the videos that are played are included inside the futuristic shapes. 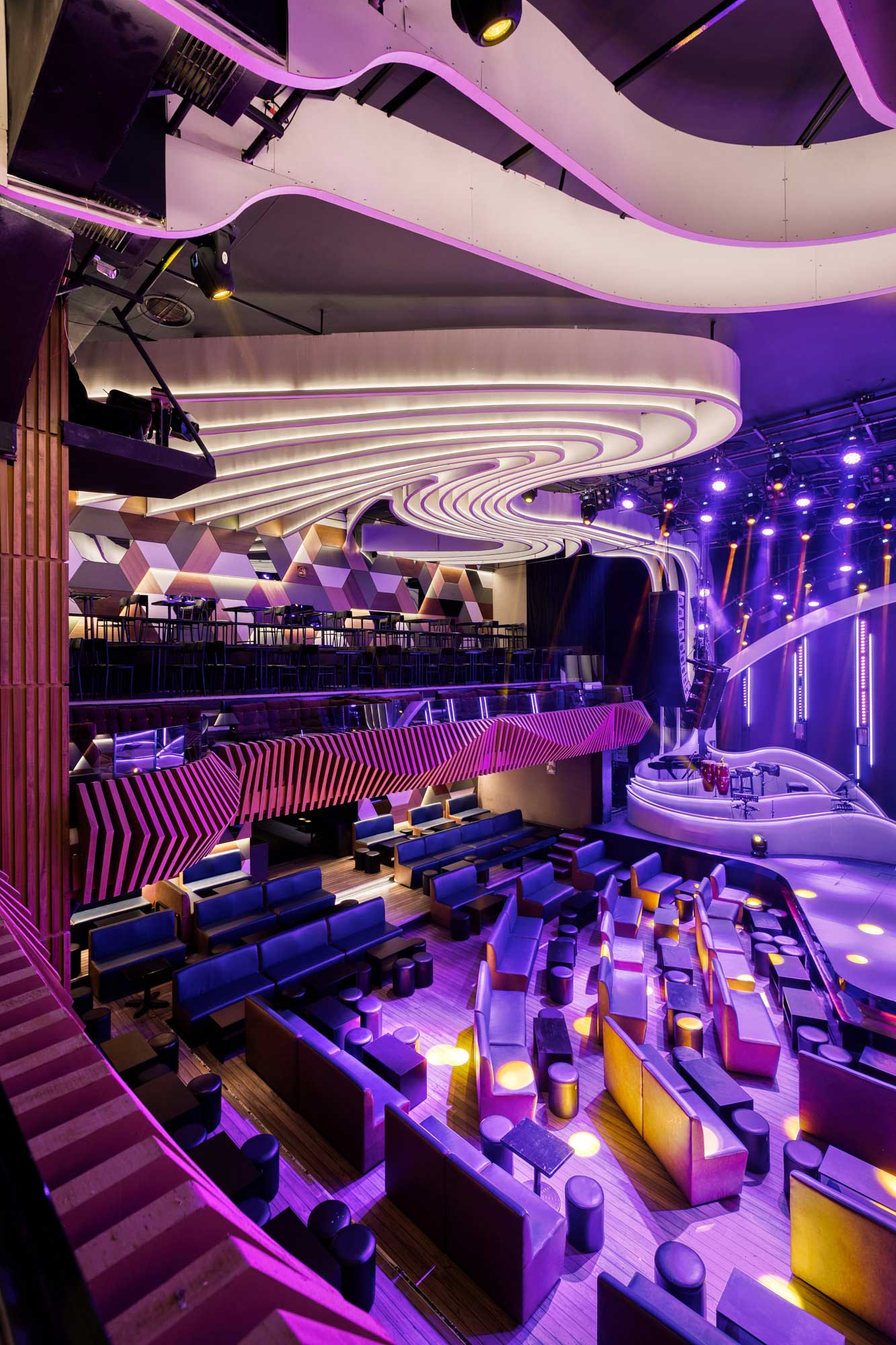 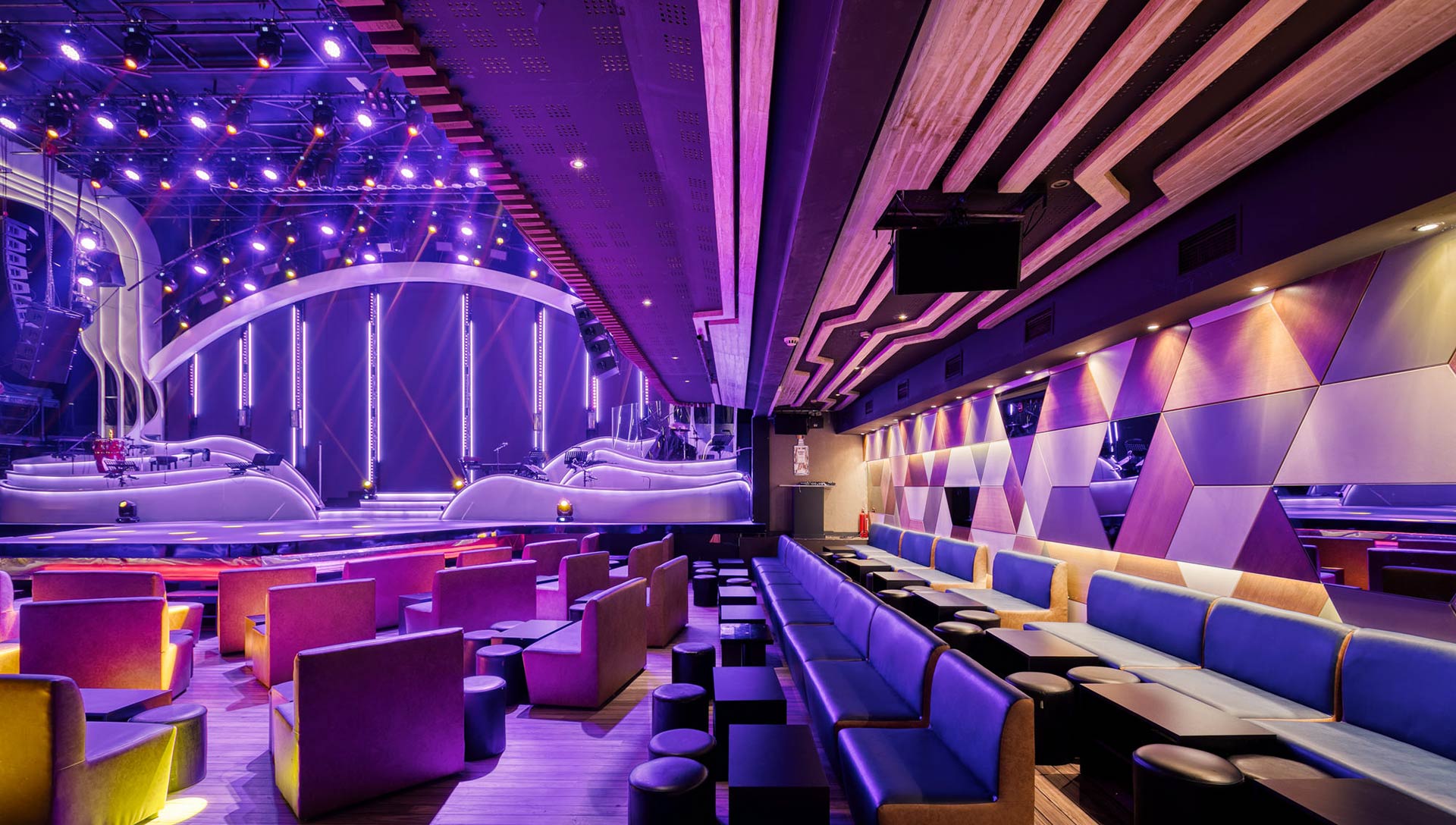 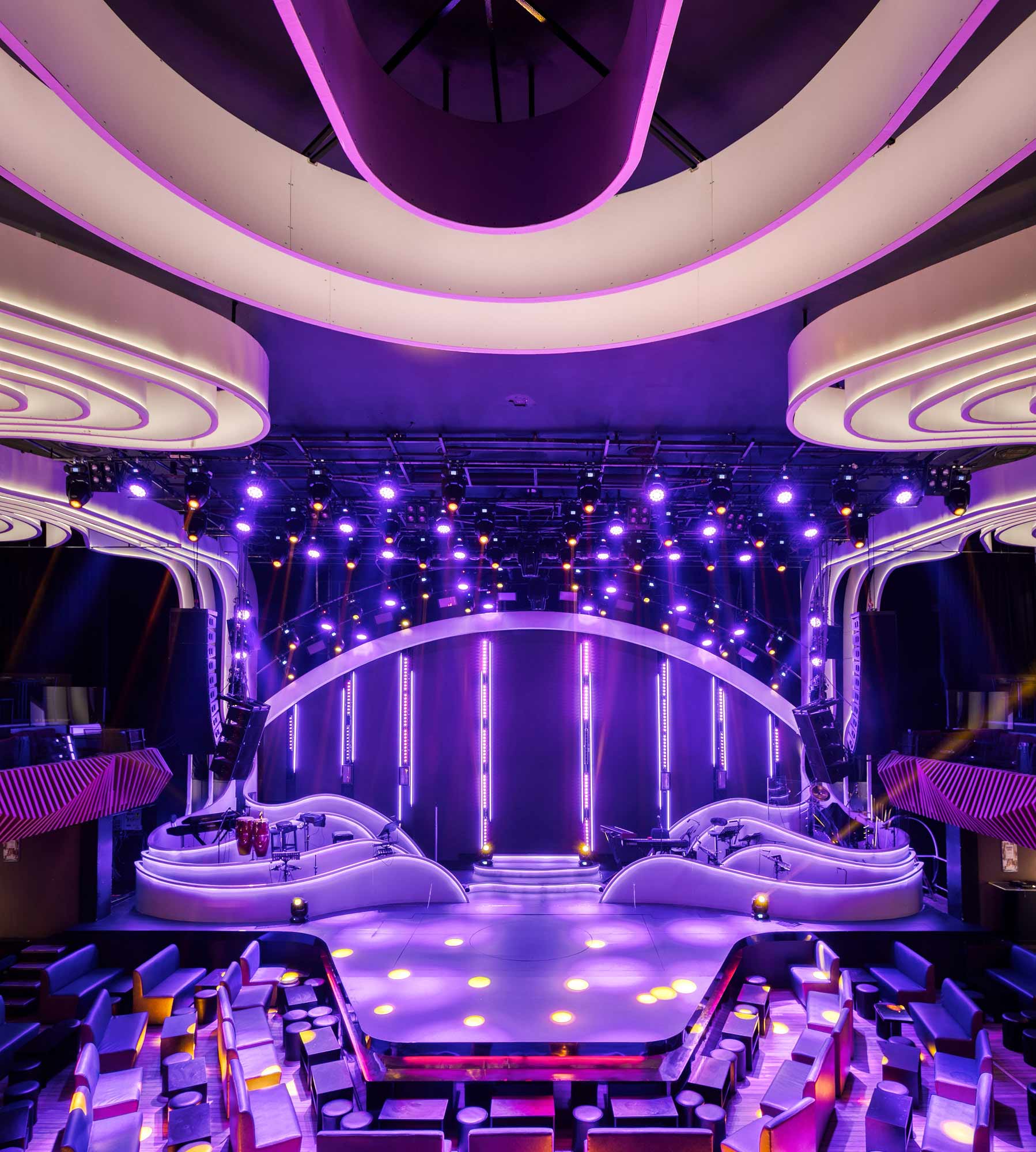 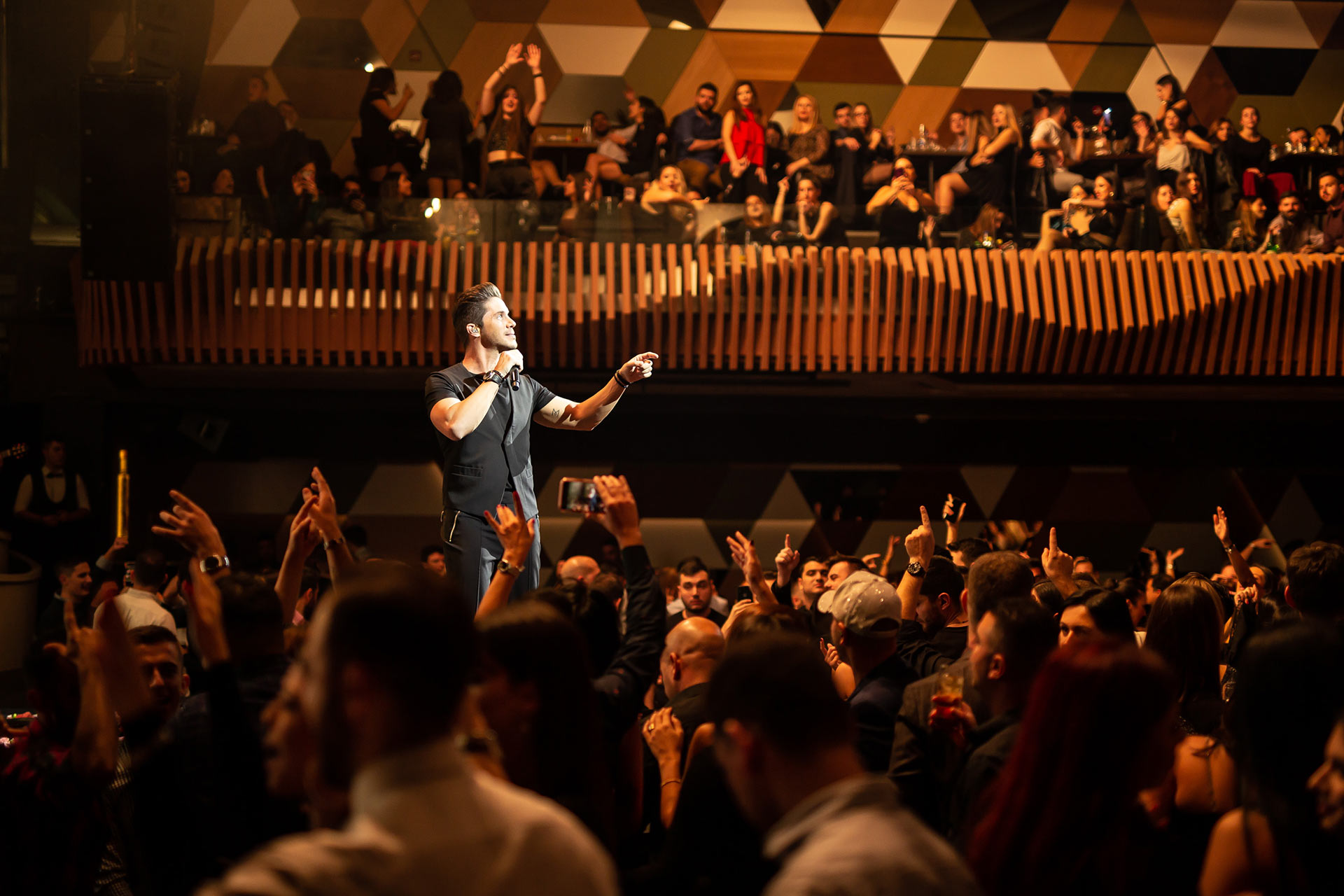 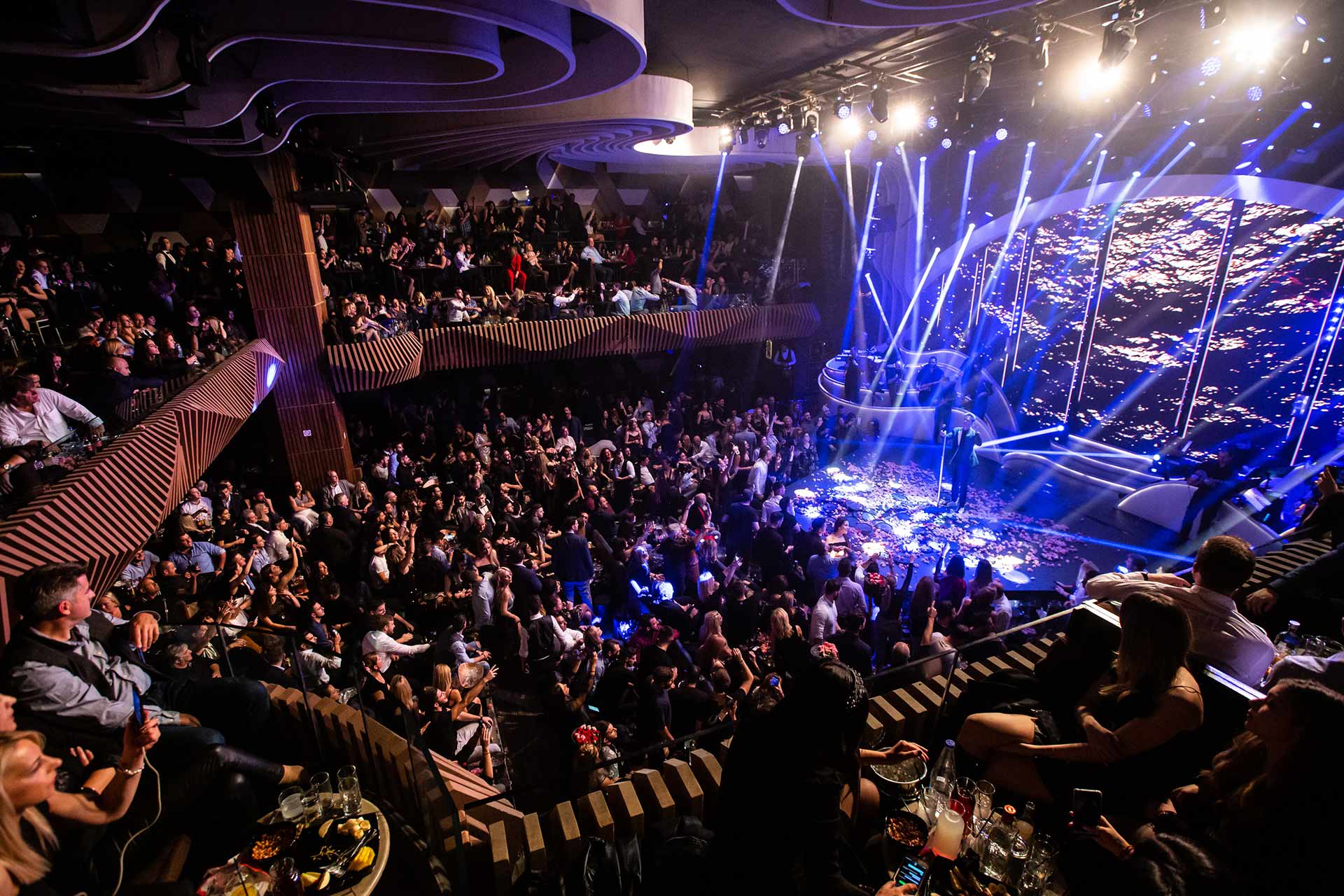 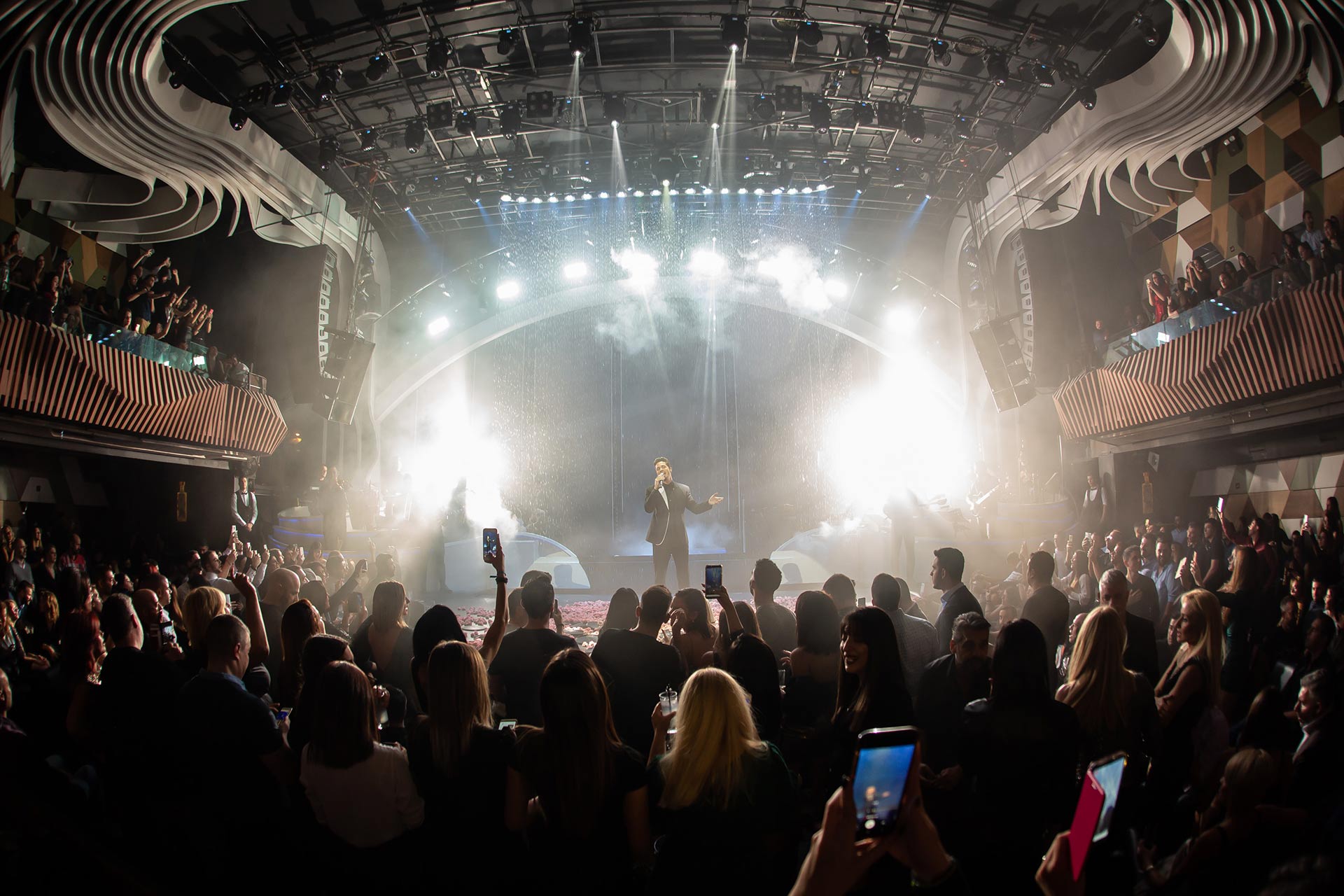 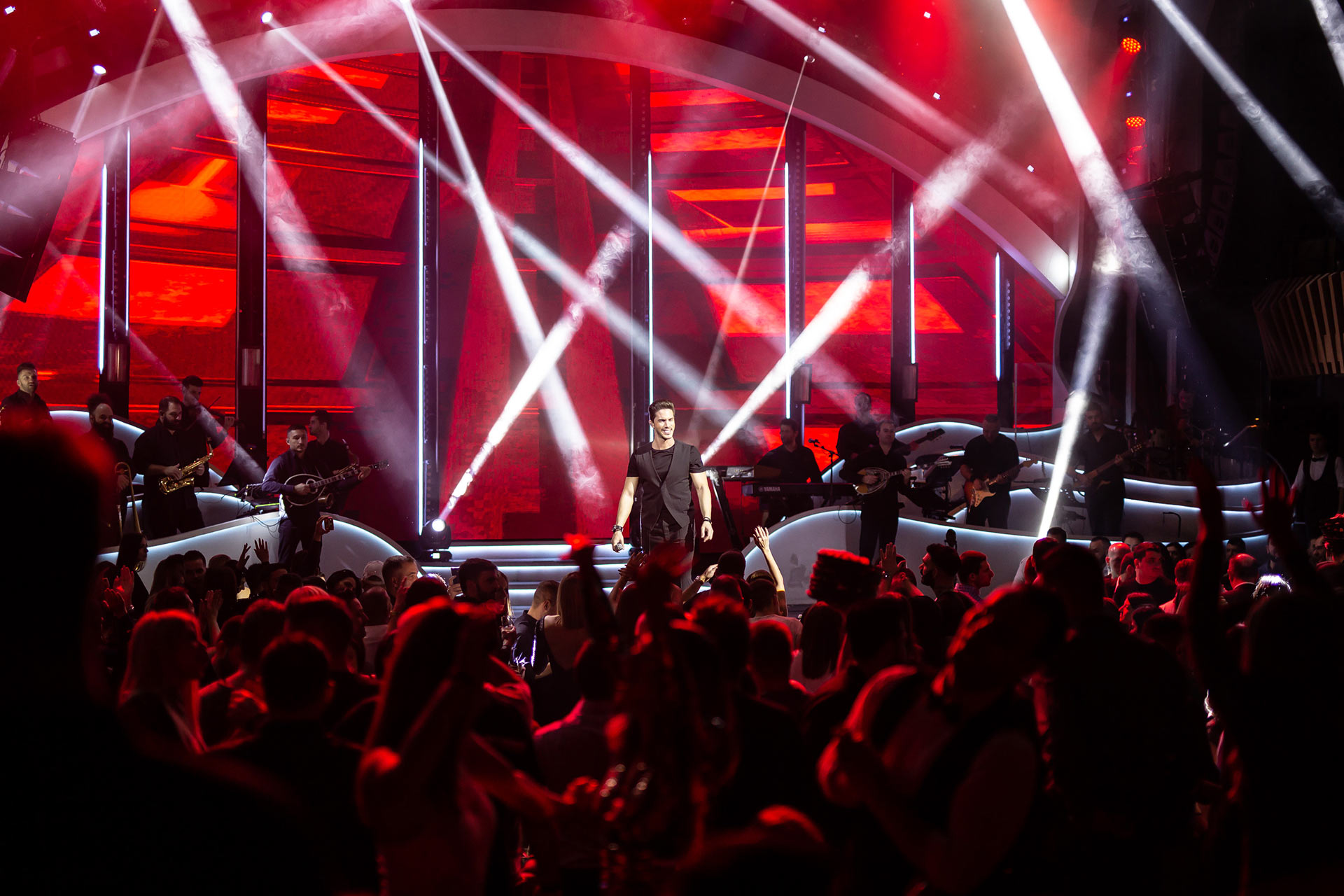 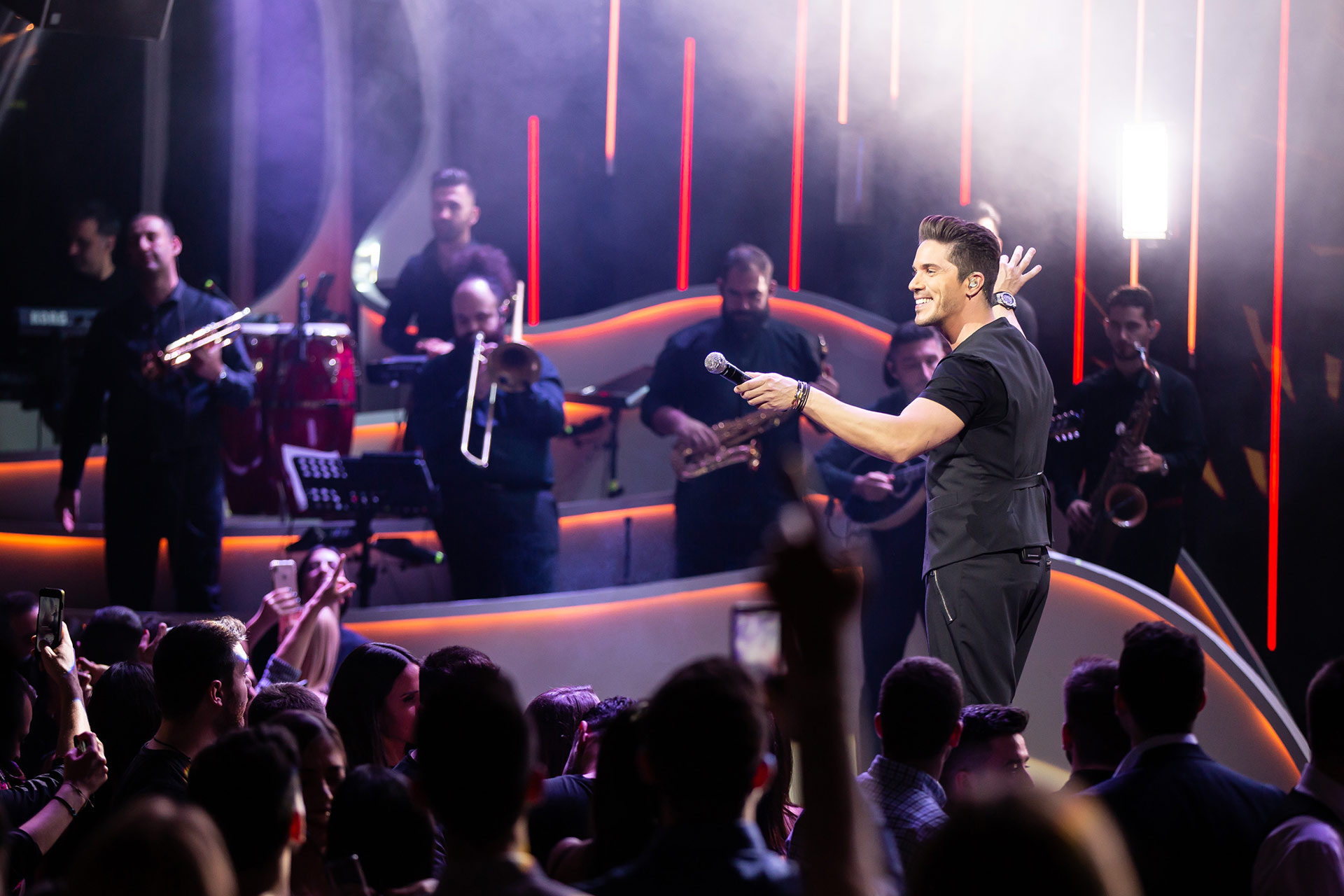 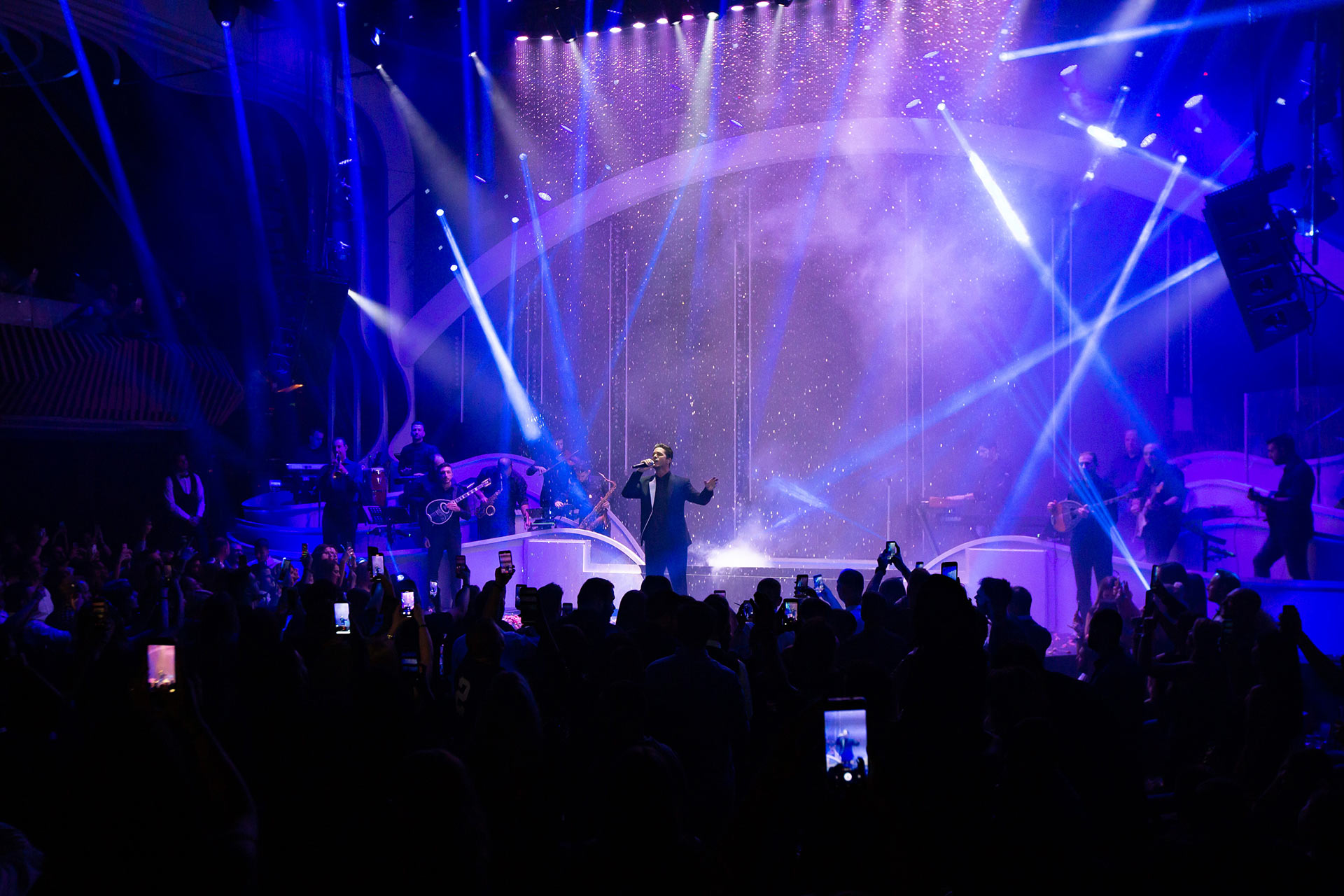 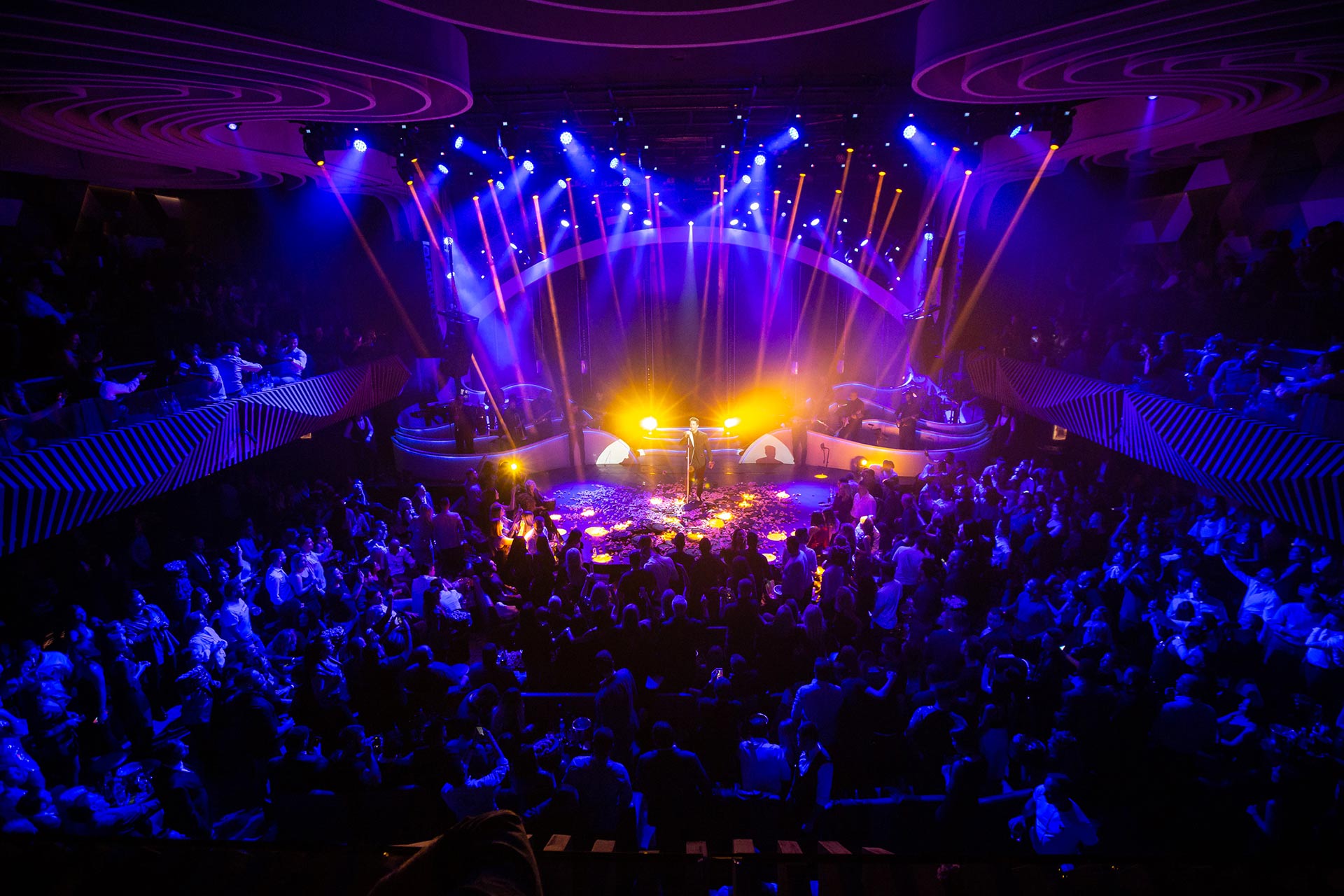 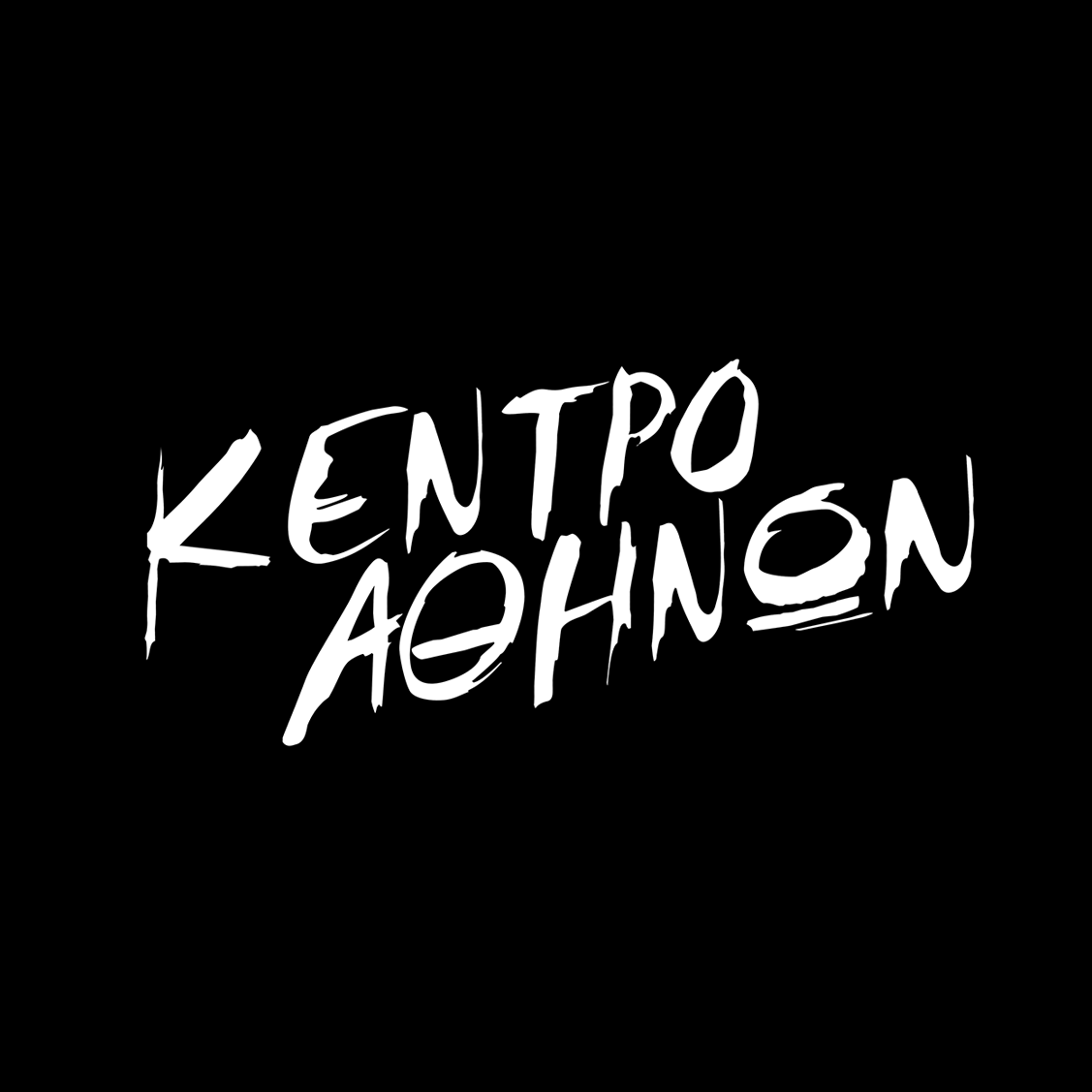