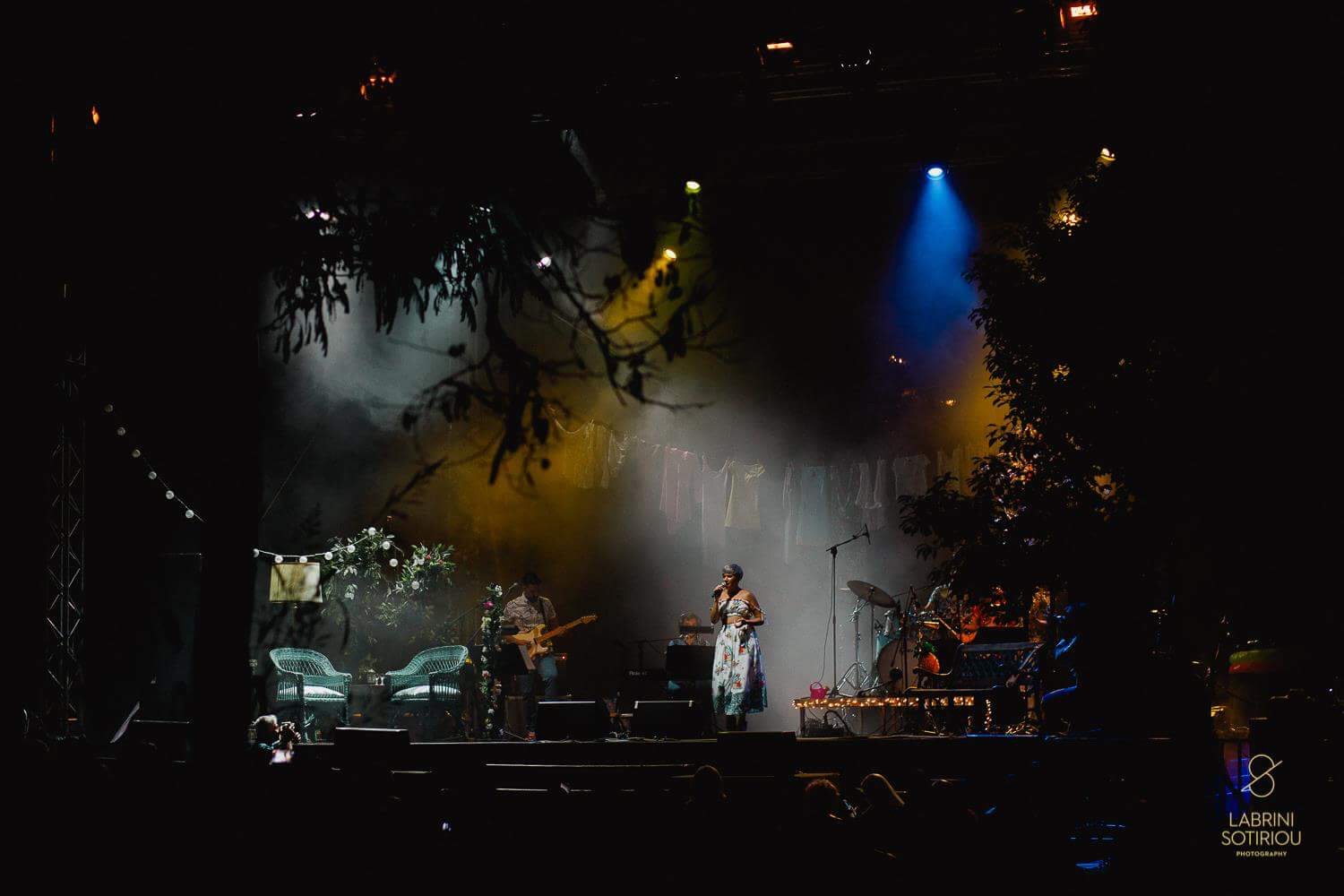 Peny Baltatzi is a famous Greek artist and singer. Her songs are mostly about love ,and a feeling of innocence and freshness . The audience of the singer is mostly young people around 30-40 years old. During the Summer period she asked from us to design the stage that she was to perform, in the open air Garden of the Megaron Mousikis of Athens. The existing stage was resigned, and a new concept has been placed.  The concept was to create an aesthetic and girly atmosphere of a bog balcony located in an exotic place (such as Cuba or the Caribbean) Vintage Cuban chairs have placed on the stage, and many clothes have been hanged from the roof of the stage to make an atmosphere of a Cuban neighborhood, where people used to hang their clothes outside over the street. 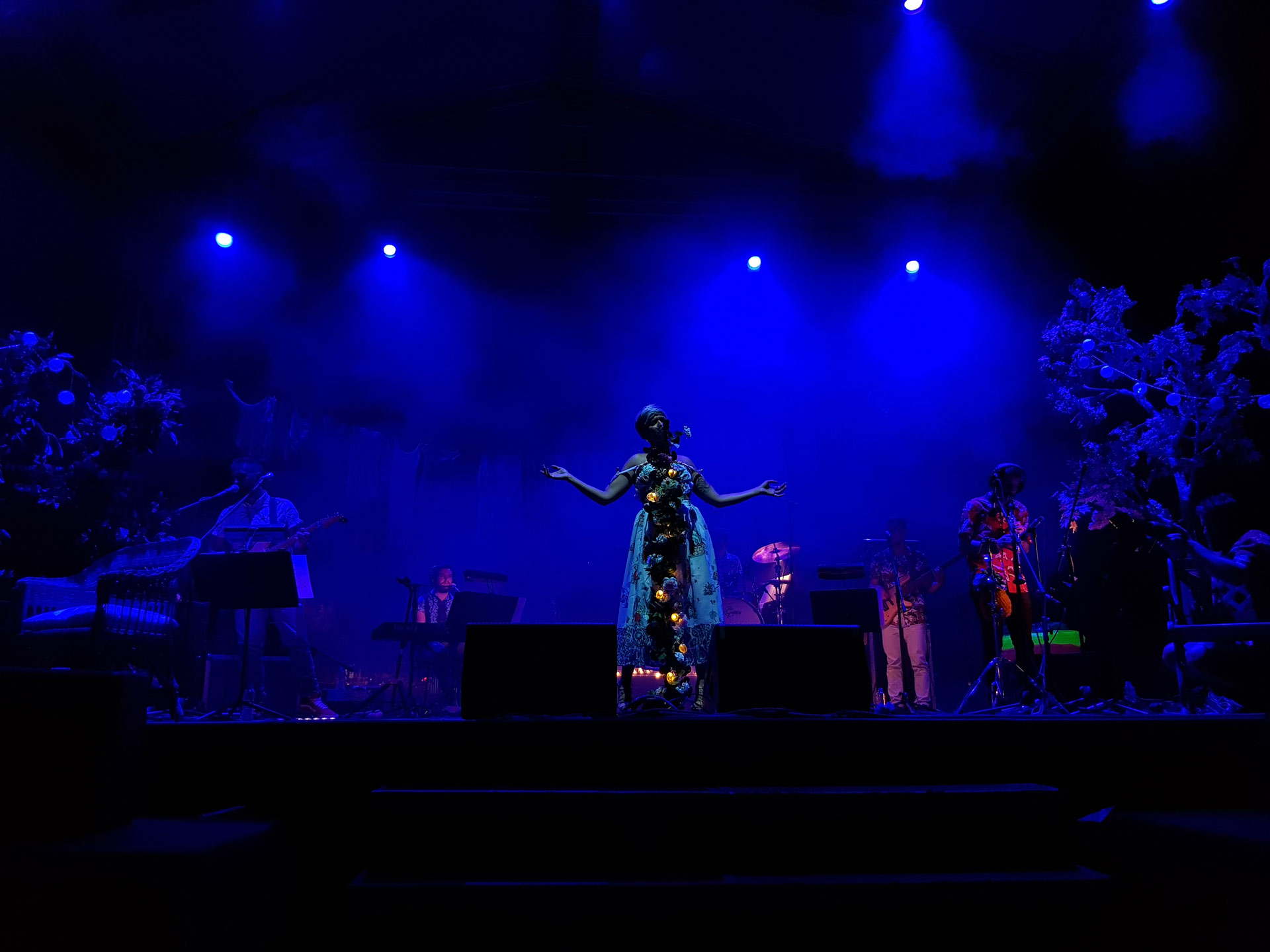 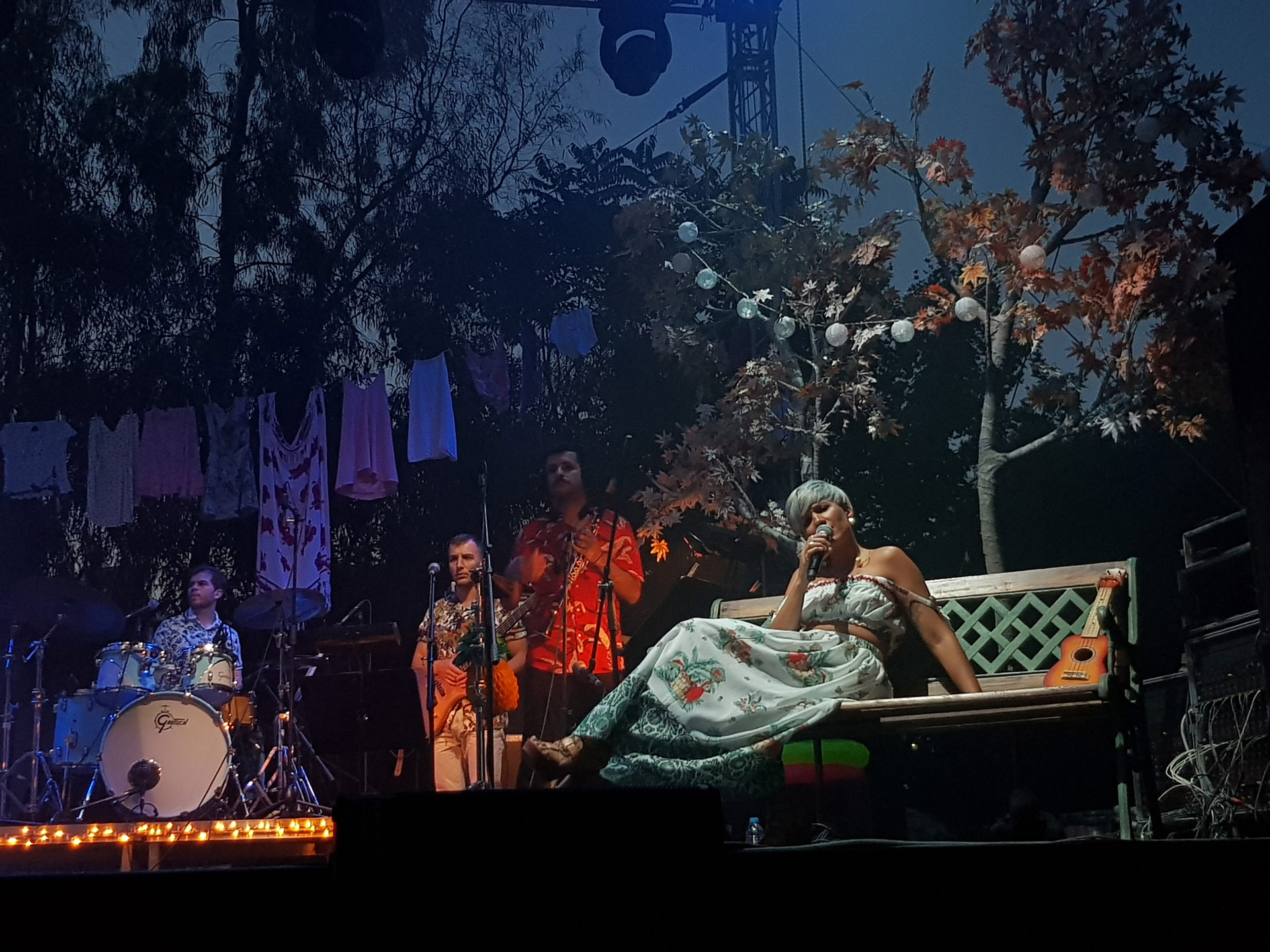 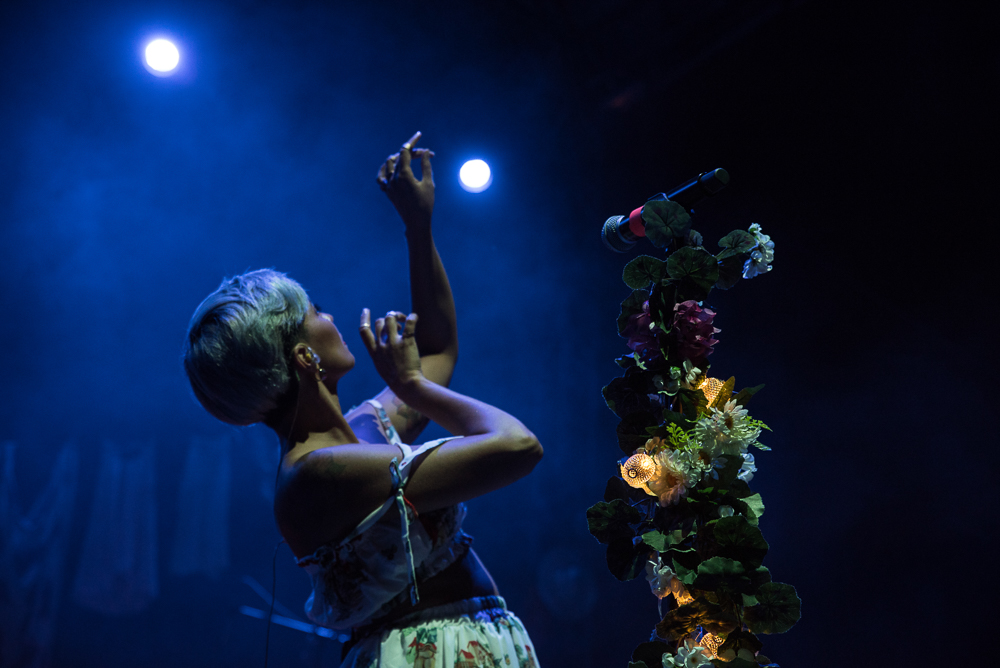 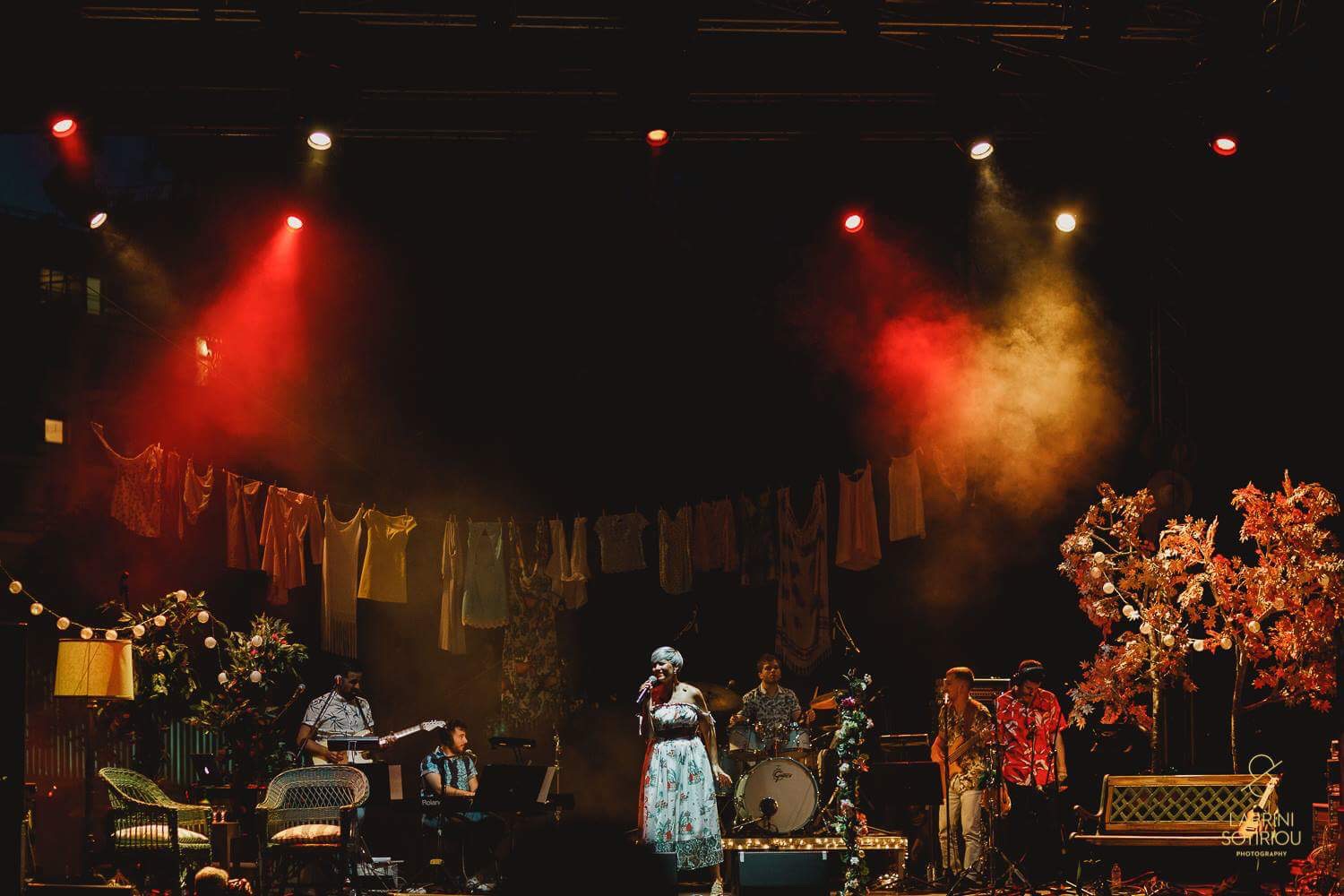 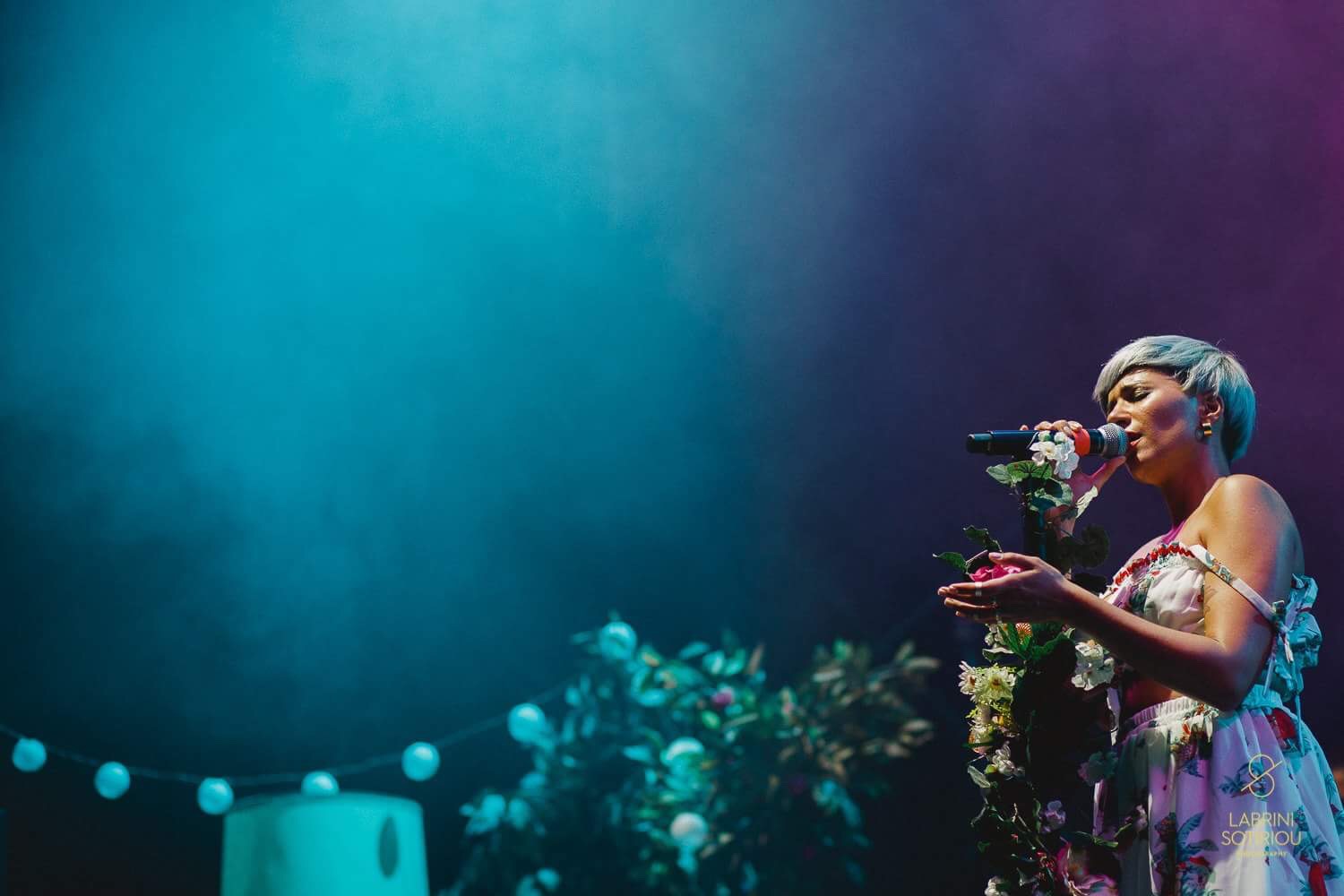 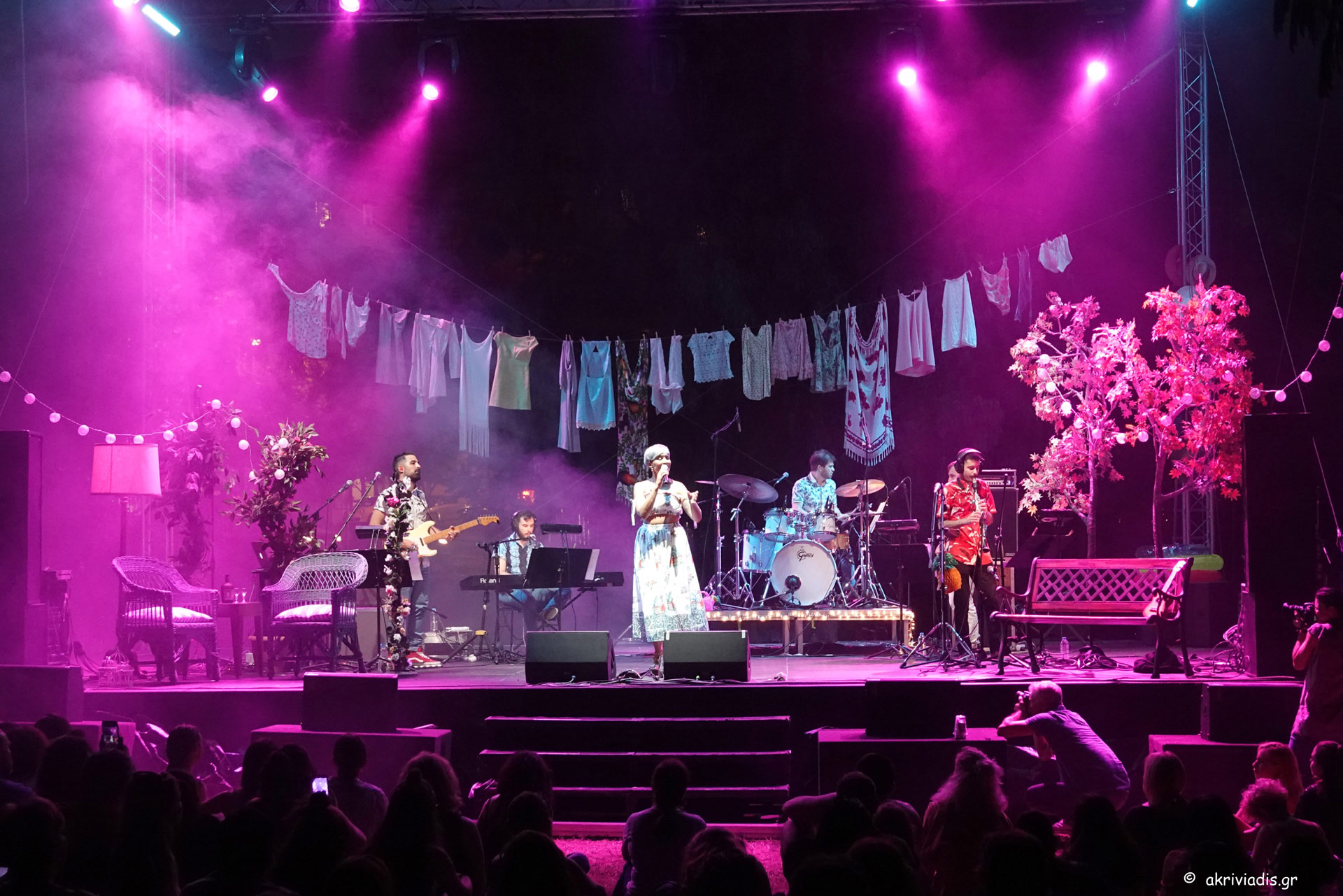 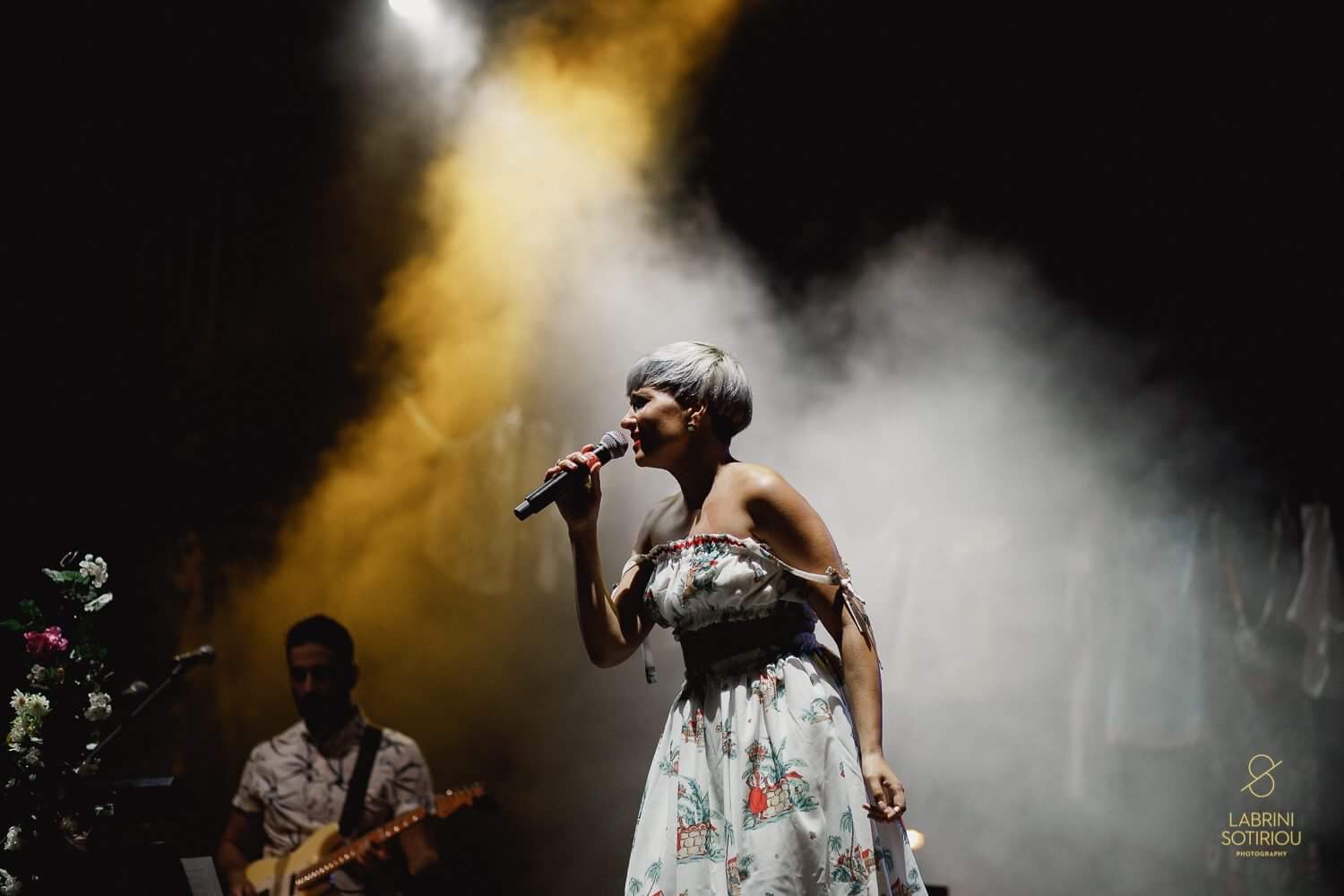 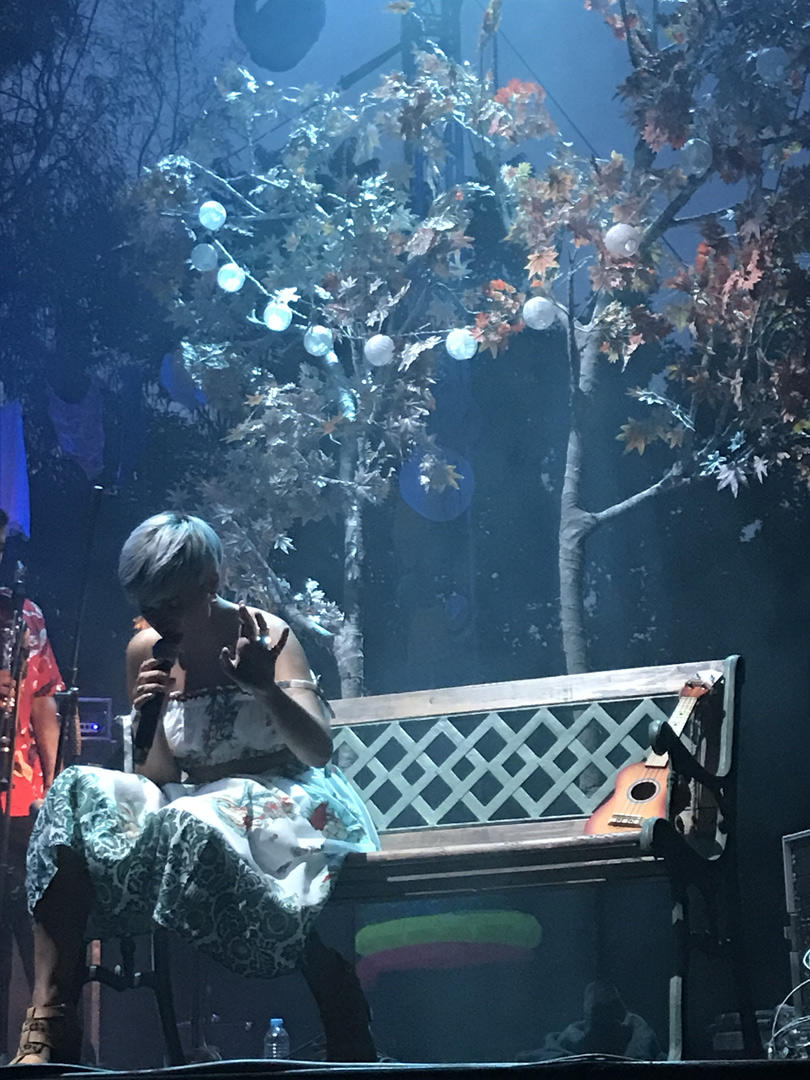 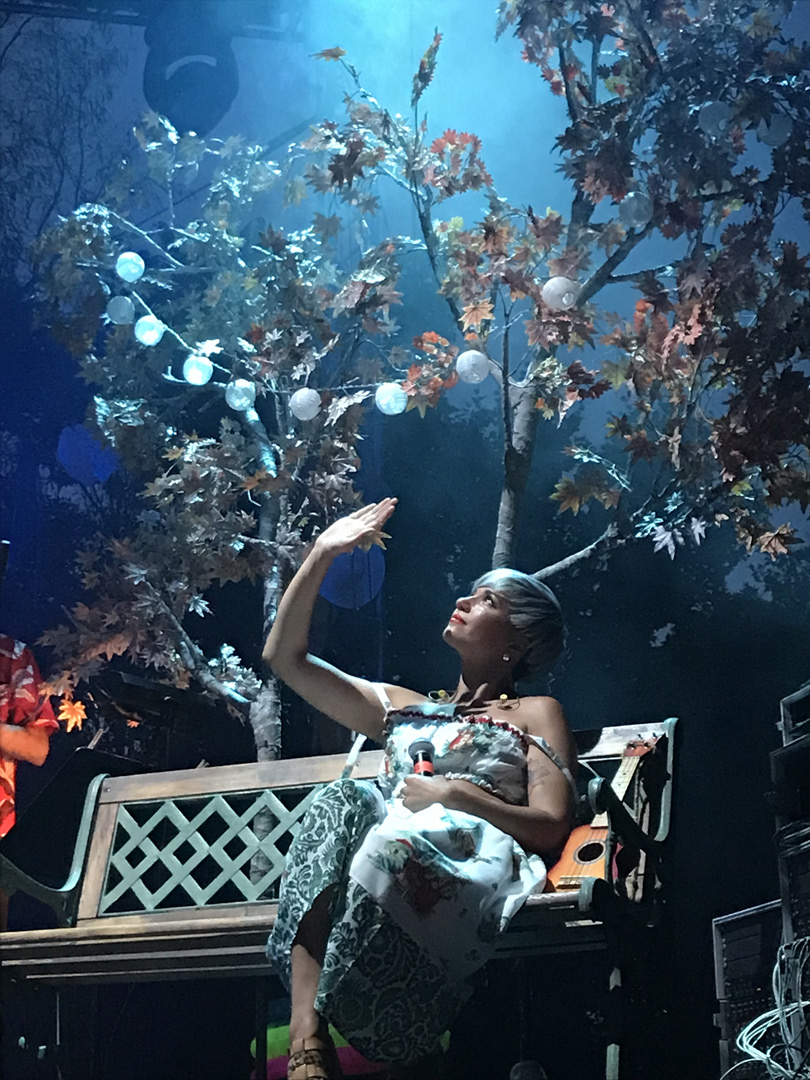 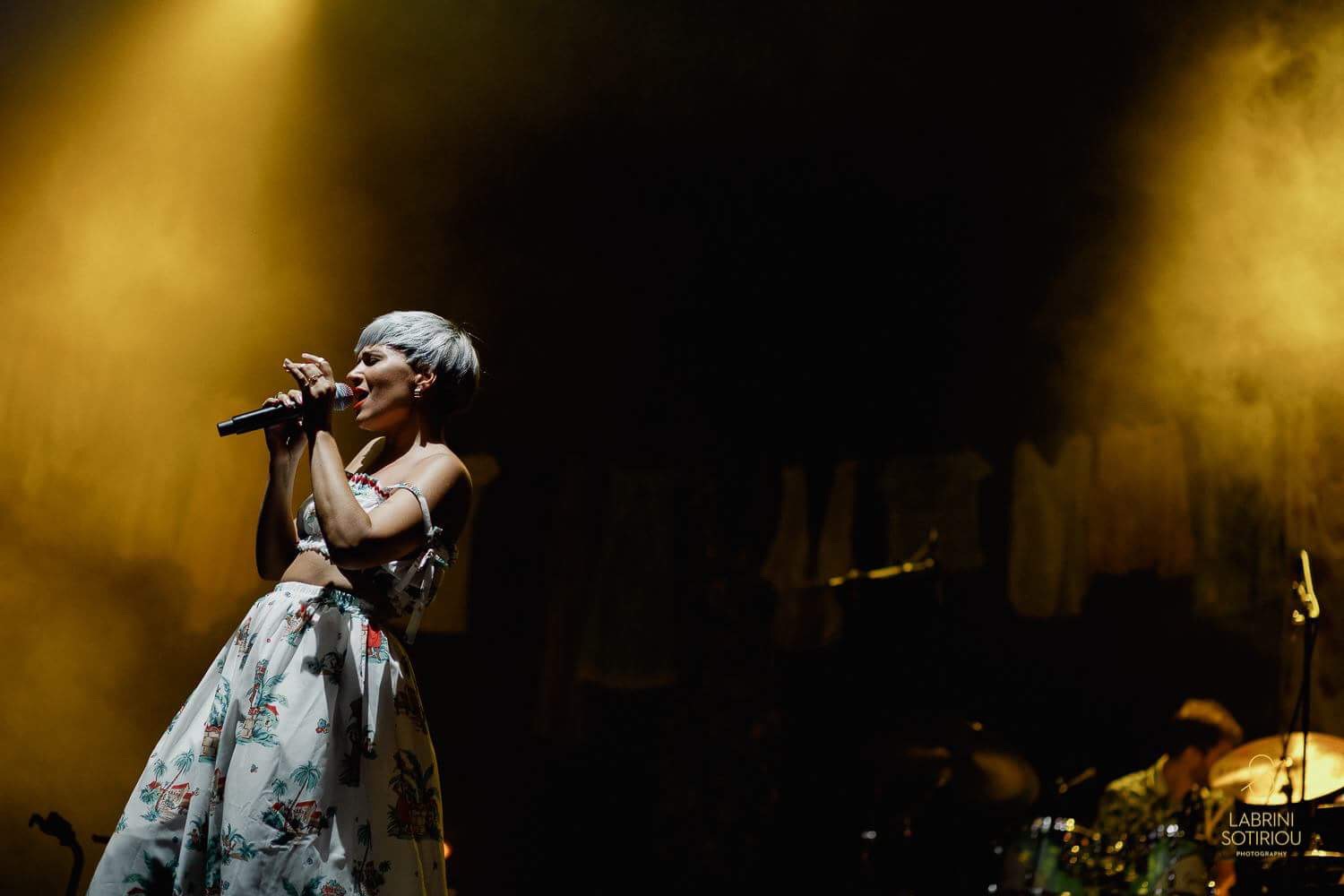 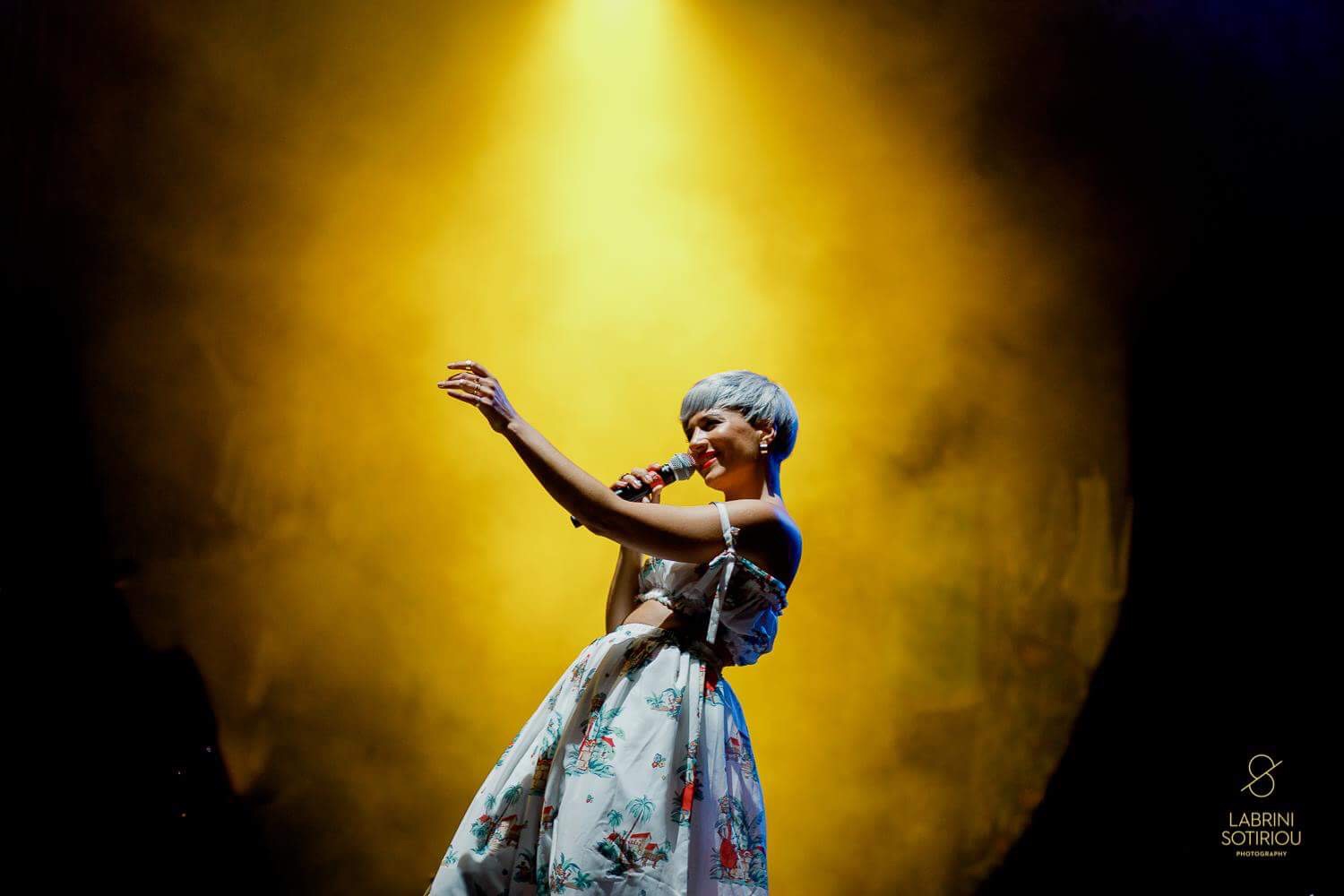 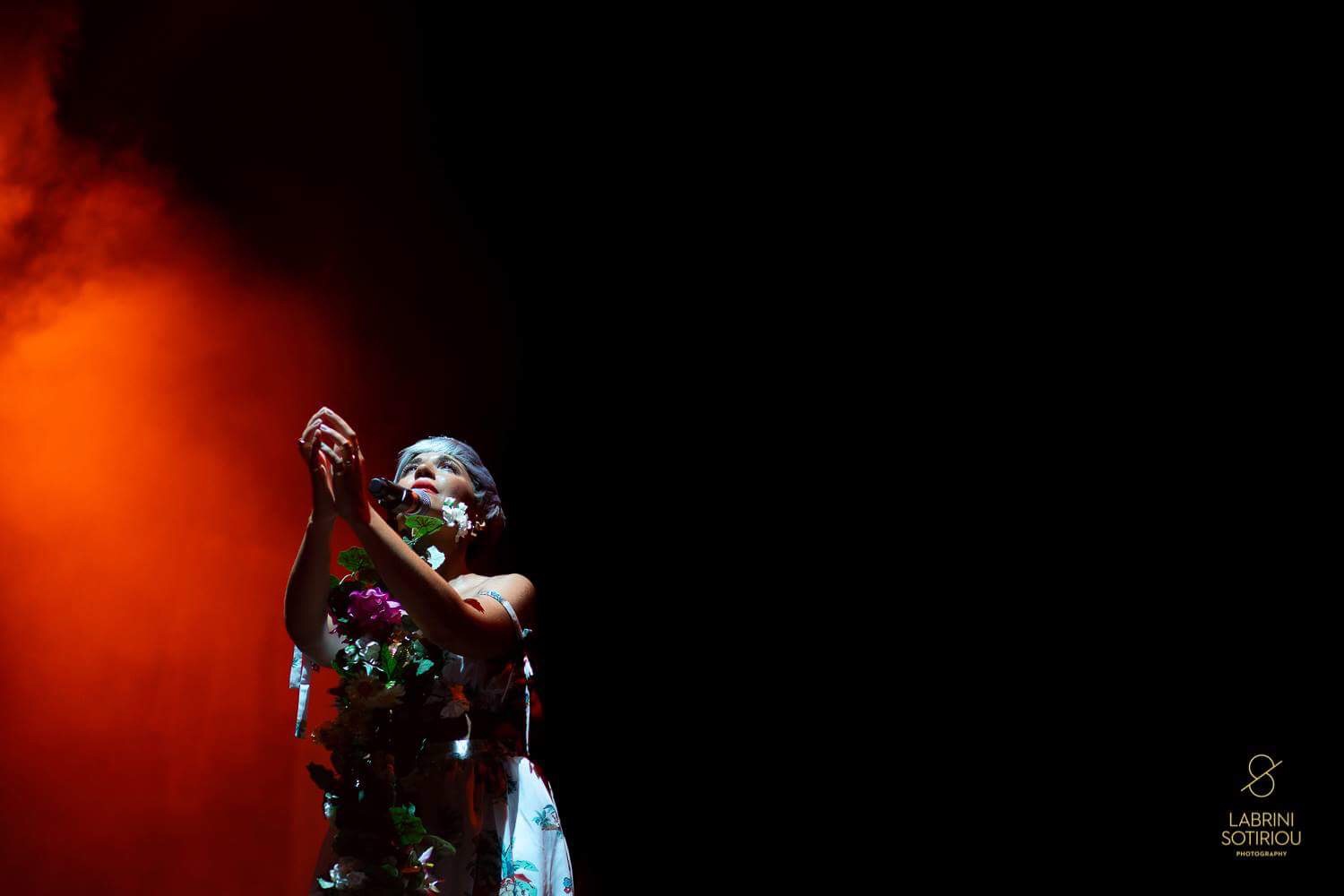