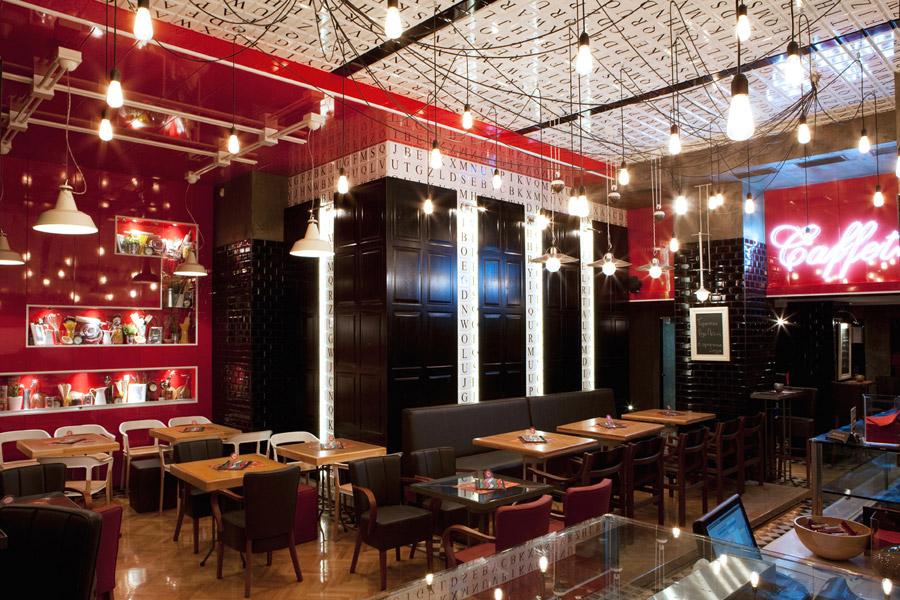 Pizzoteca is a prototype pizza and coffee concept, located in the area of Nea Smyrni in the city of Athens. It is situated in the central pedestrian street in the area of Nea Smyrni. The name of the concept “Pizzoteca” comes from the words “Pizza” and the Italian word “Enoteca” witch is the word that describes the traditional restaurant of pizza and pasta in Italy. The leading Architect Zisis Papamichos, of the Greek Architecture and Interior Design office “zitateam” designed a modern interior with two separated areas, one for the restaurant and one espresso bar.

The pizza area includes an open kitchen where anyone can see live the preparation of the pizza, the pasta, the salads and the pizza oven. The interesting part of the concept is that from pizza dough, “Pizzoteca’s” chef Christos Tzieras bakes also the new revolution-style pies of the restaurant so anyone can have his breakfast pies with his morning espresso. They call these pies Tyropizza (tyri means cheese in Greek) and Spanakopizza (spanaki for spinach).

The influence of interior design was the complexity of the pizza products and a journey of the Architect in a metro station of Paris, where the curving surfaces where filled with ceramic tiles with letters. Therefore the Architect designed a restaurant with two separated zones. The pizzeria part is very complex, like the hundreds products of the pizza, with traditional atmosphere of a pizzeria in Napoli, and an espresso bar in the same store with more glamorous style with a modern atmosphere of an espresso bar in Milan. 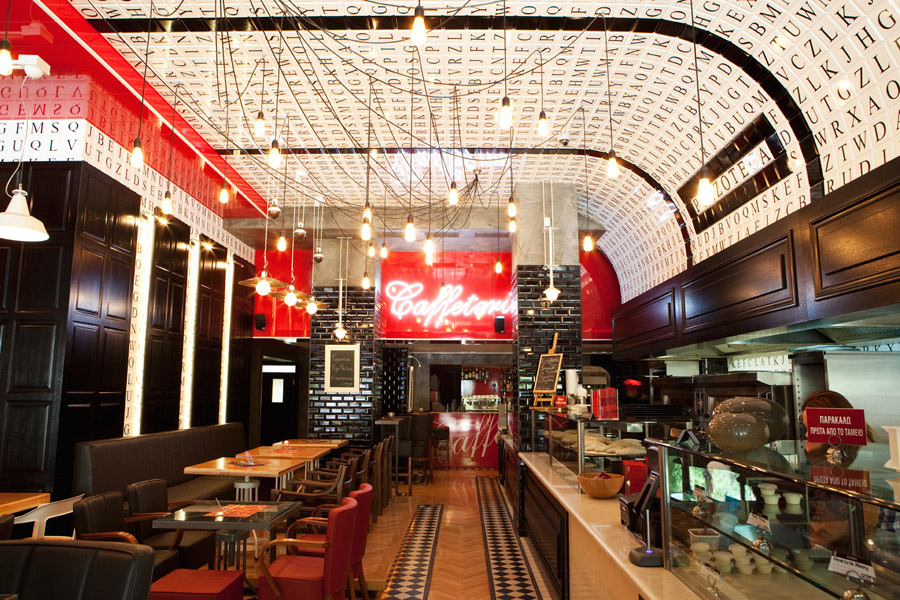 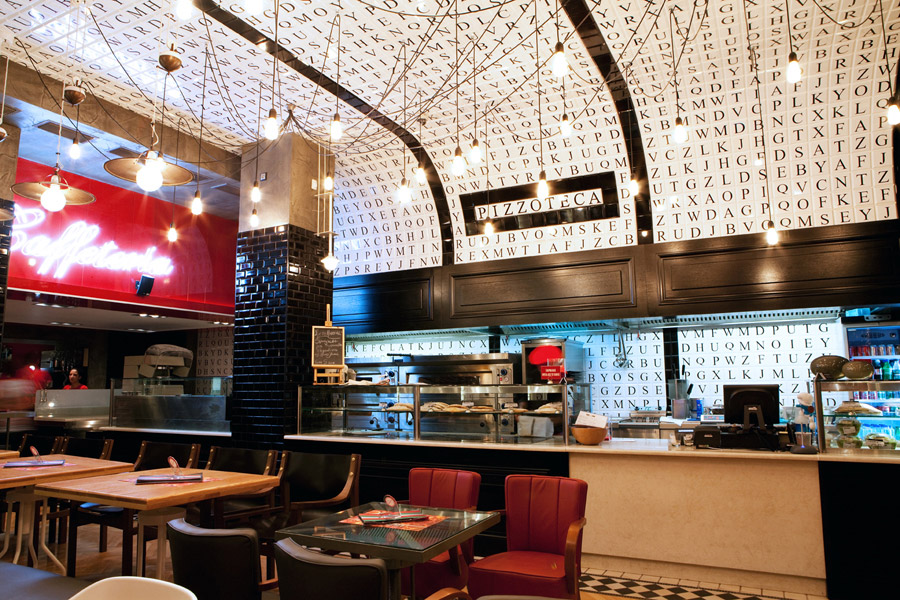 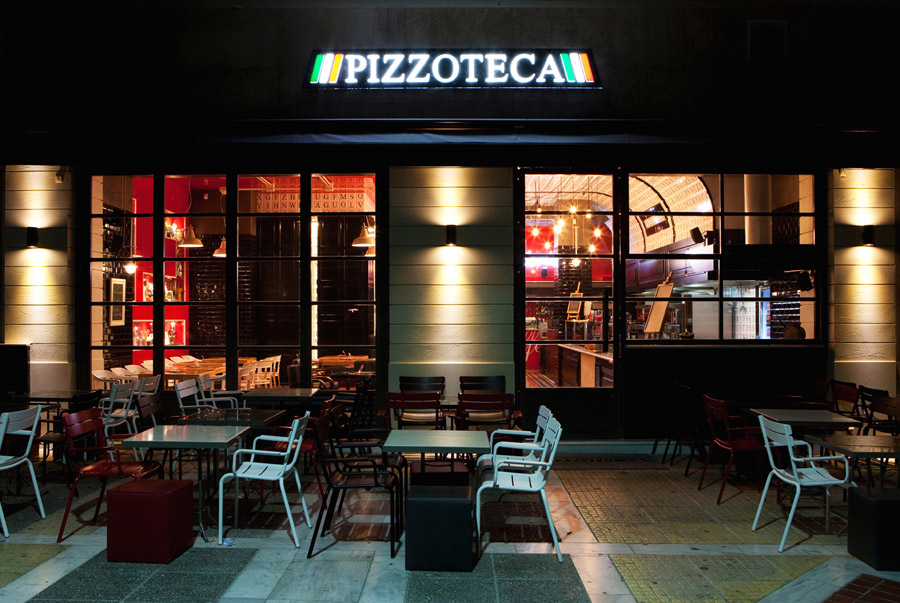 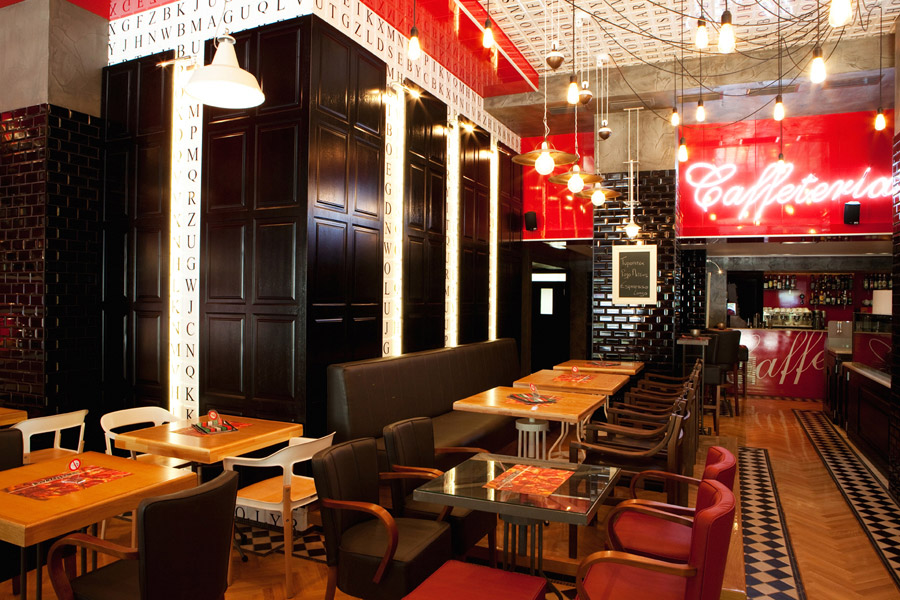 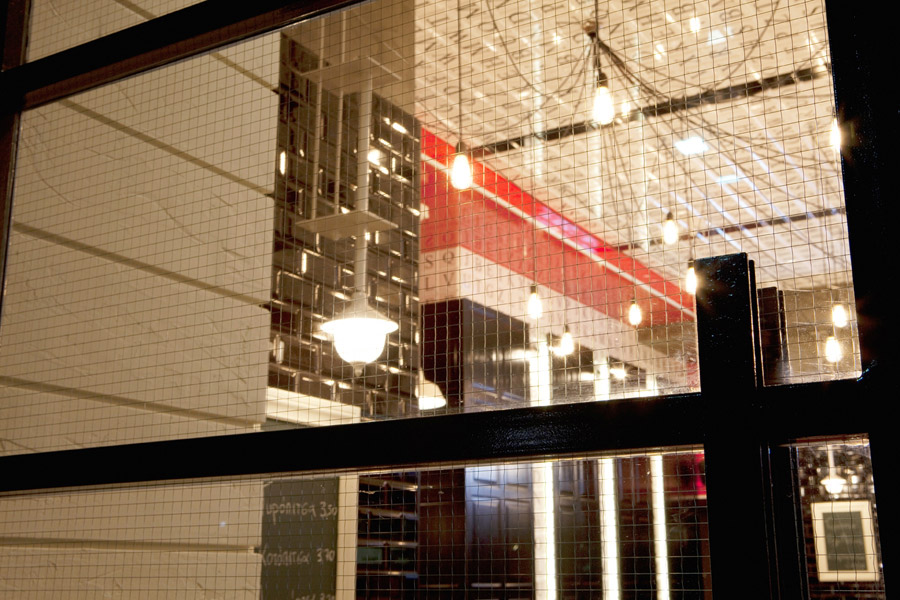 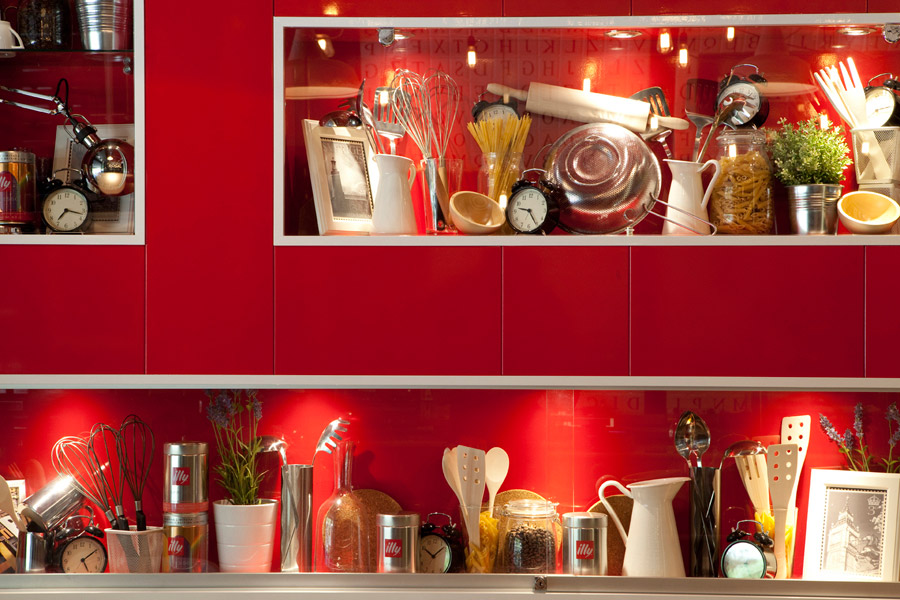 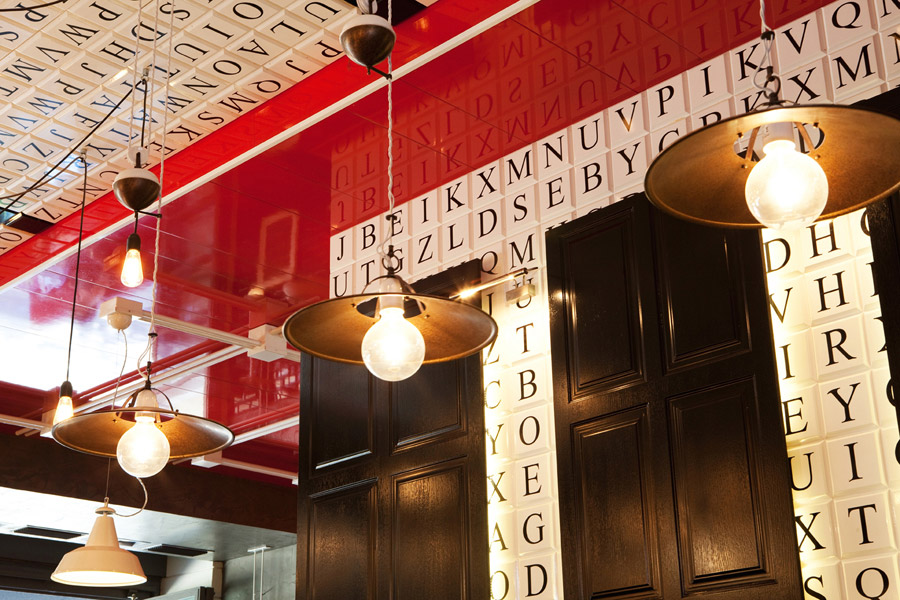 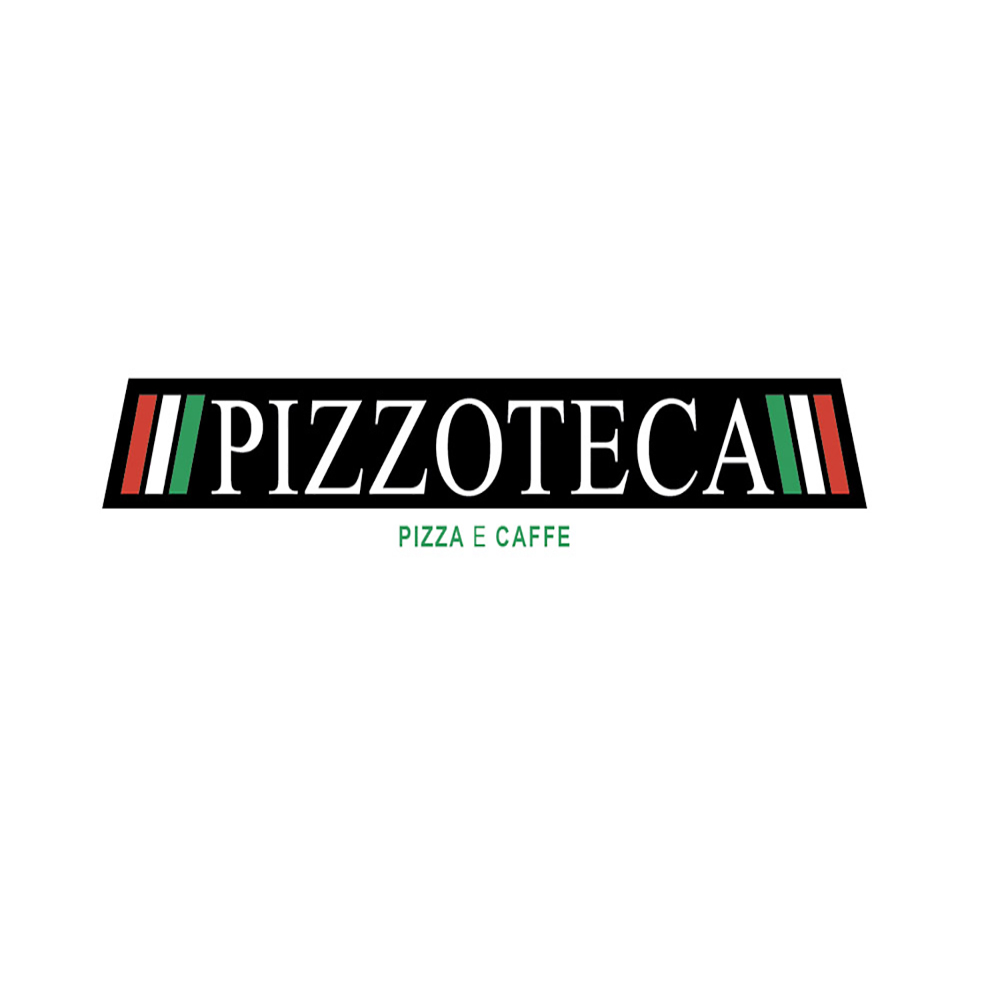