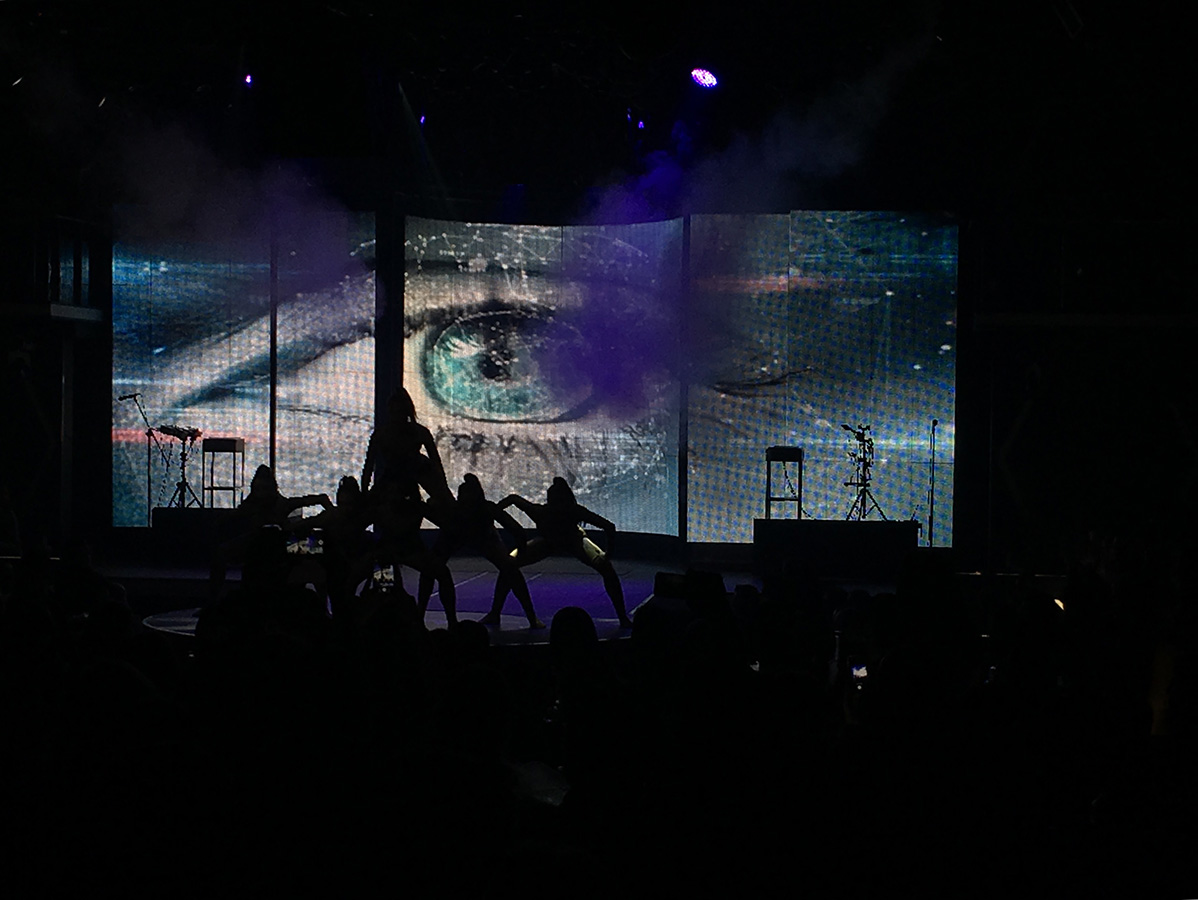 Teatro Music Hall is live stage hall, where famous greek singers sing and make their live performance. In the season 2016-2017 the greek singers Notis Sfakianakis and Vasilis Karras were about to sing in the same stage. The project was to create a set design , different for each one singer , because they have their own style.

For the first singer (Notis Sfakianakis) a giant compass was designed , that would open in the middle and through the open space the singer will make his entrane. After that in the second part of his performance a giant part of floor would open , with many light underneath of it and the singer would come through a hole.

For the second Singer (Vasilis Karras) a much more simple set has been designe. A barel would open and the back part of there would be placed 1100 lamps that would light up and would show up his name for the audience.

The rest of the stage and the music hall is covered with hexagon metal structures, that have led lights inside of them , so when they light up,the give and give a bigger impression of the stage. 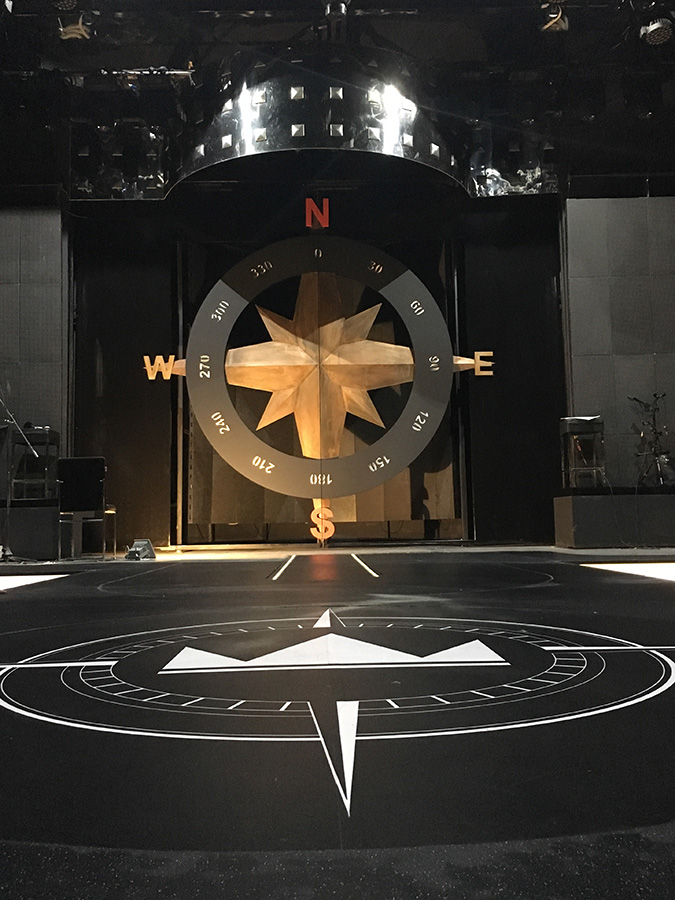 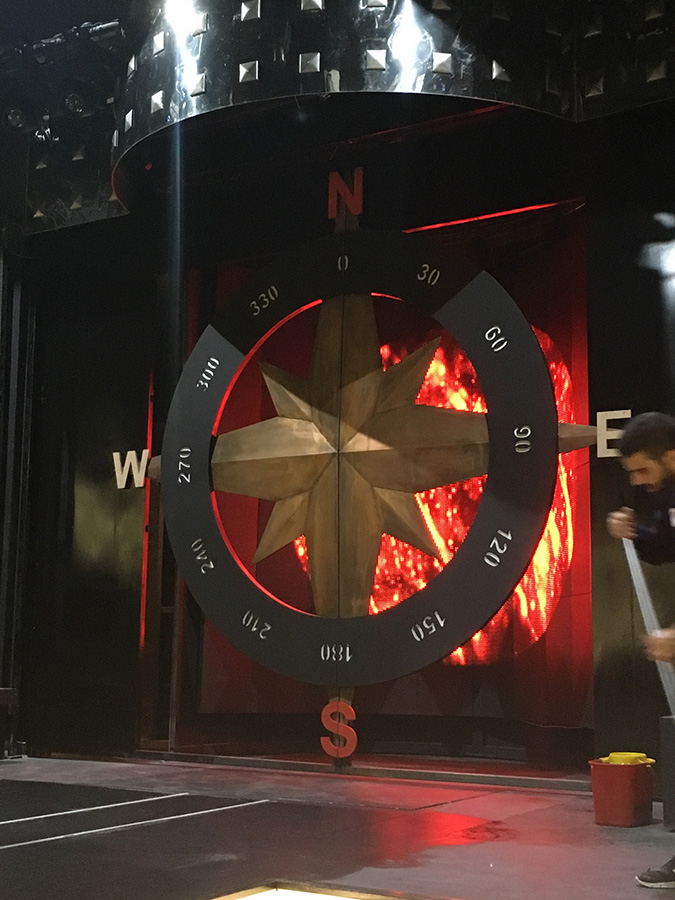 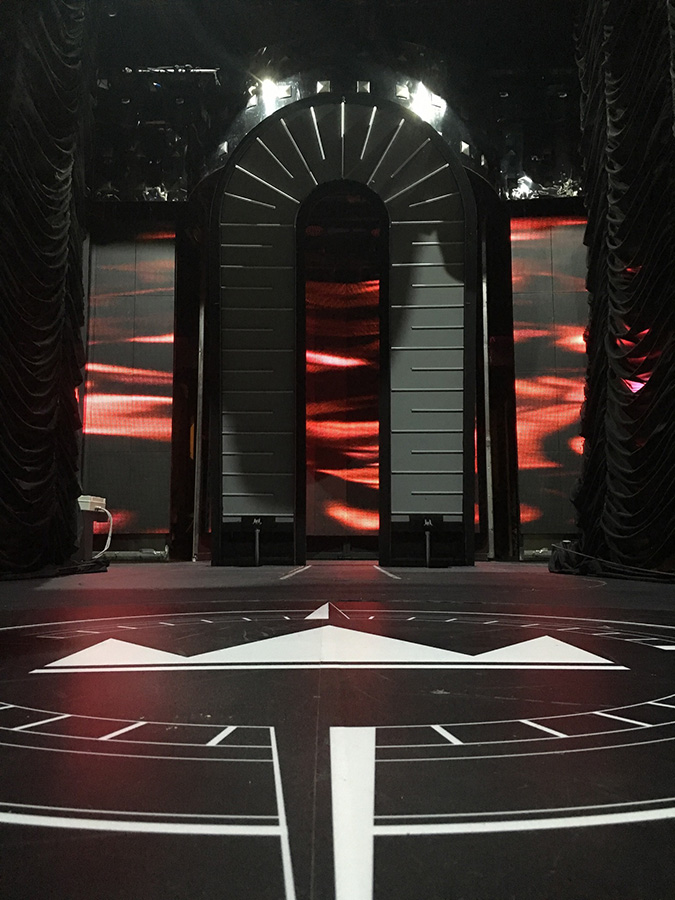 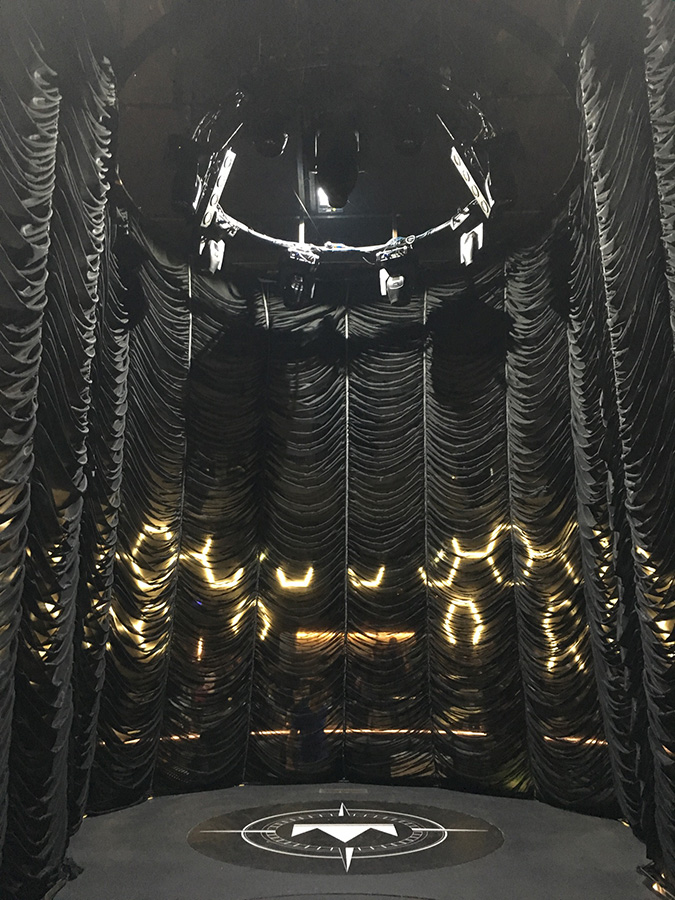 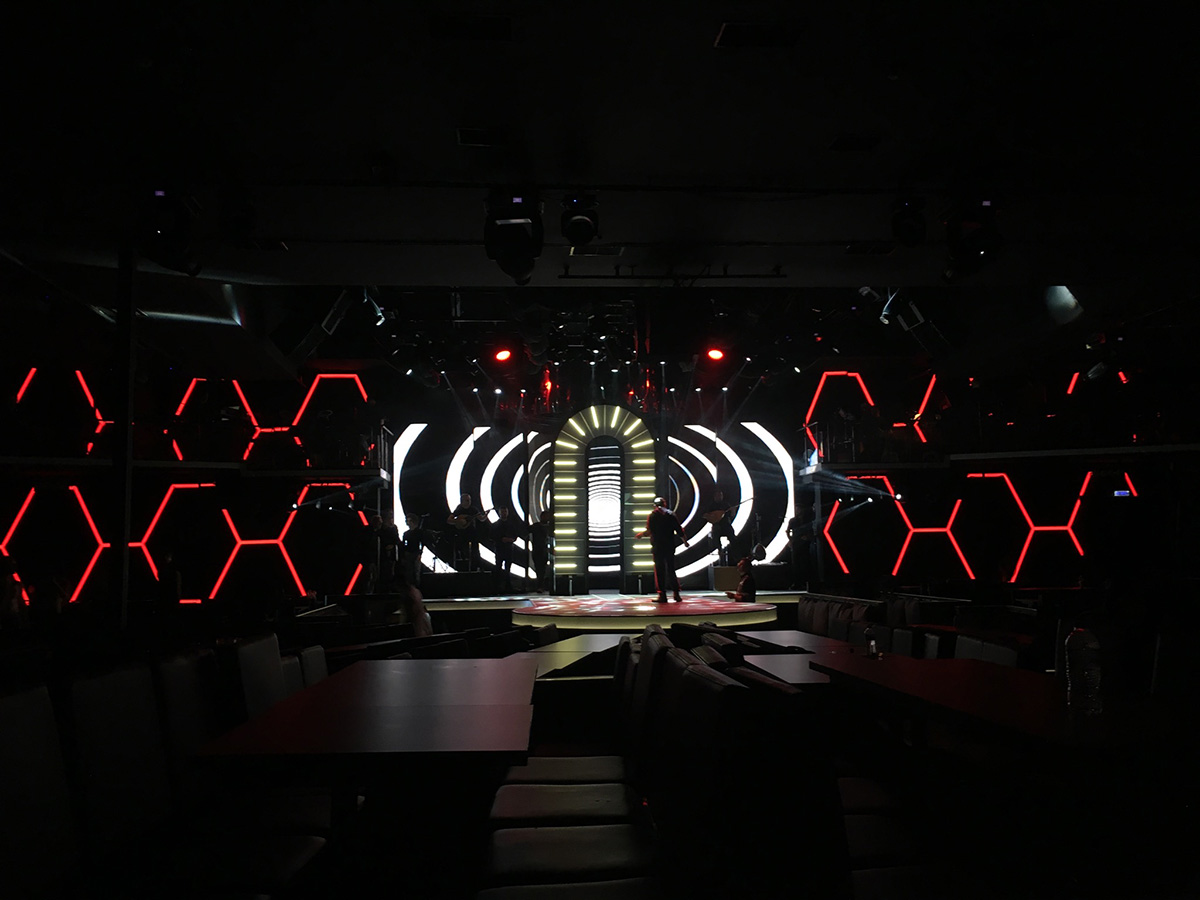 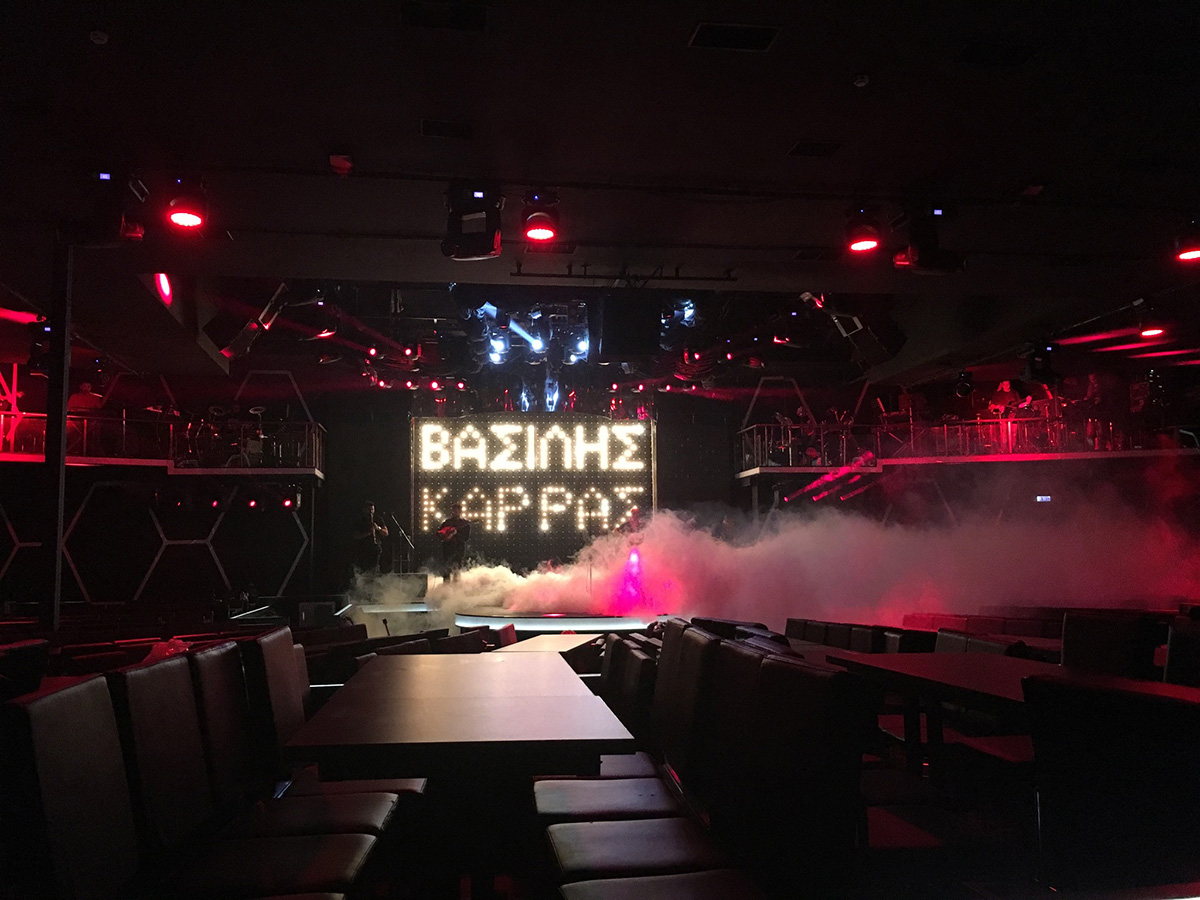 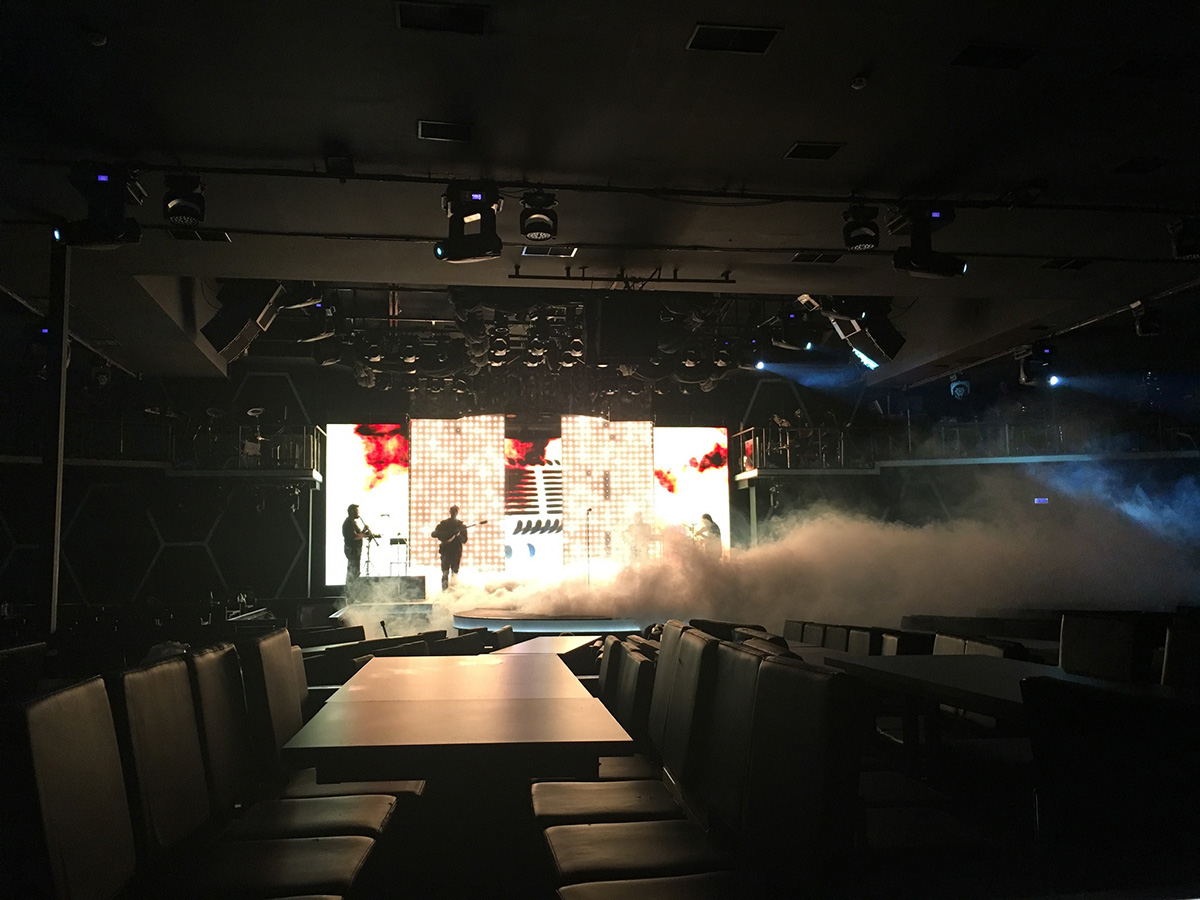 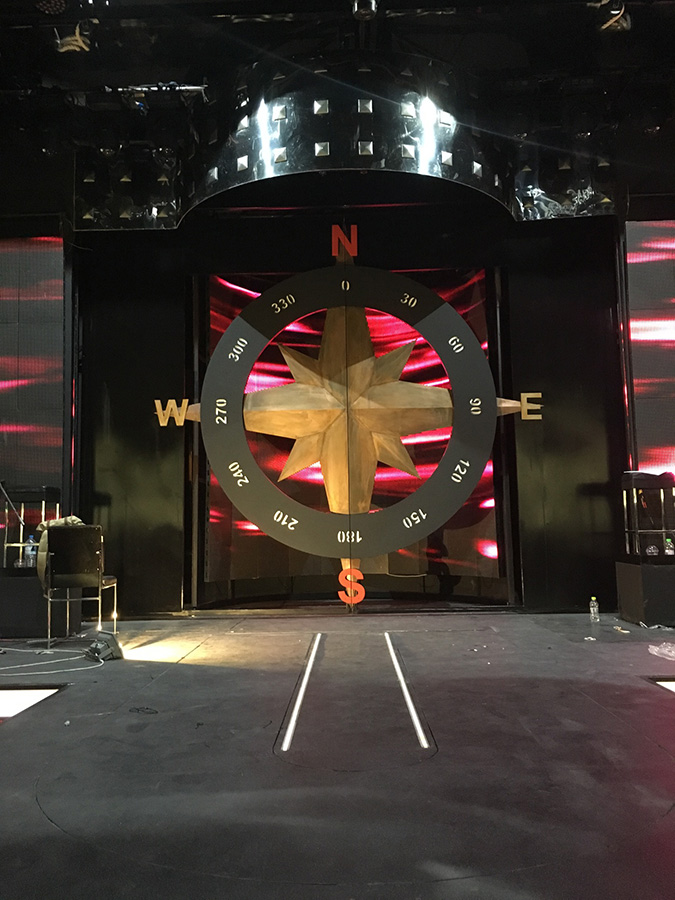 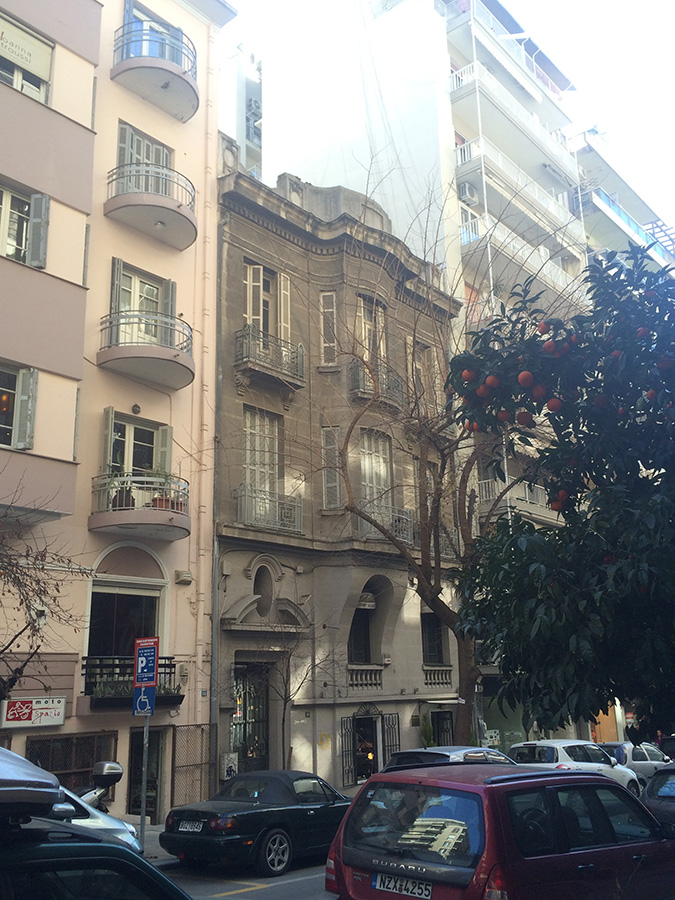 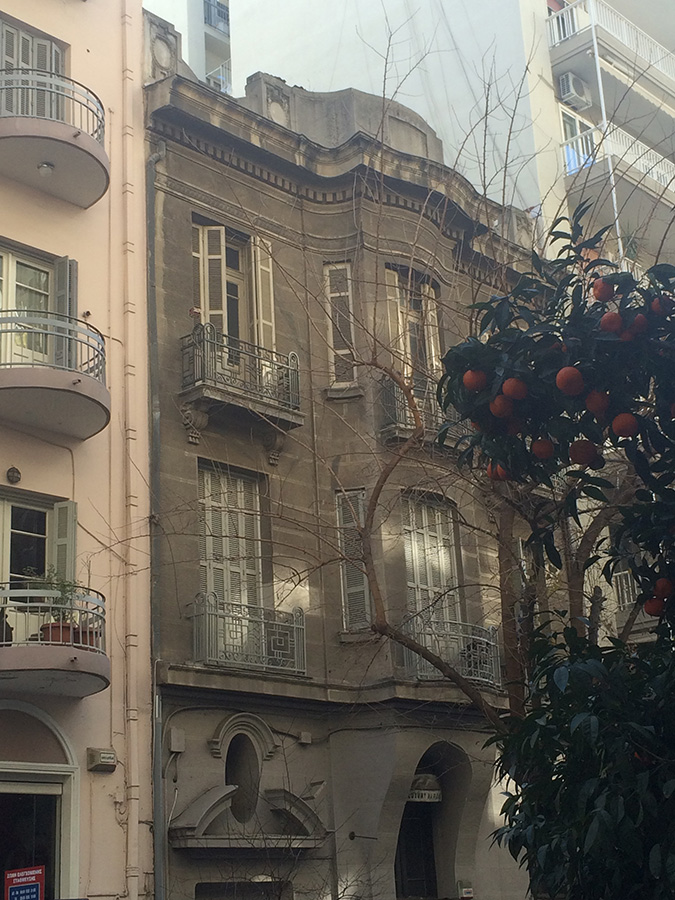 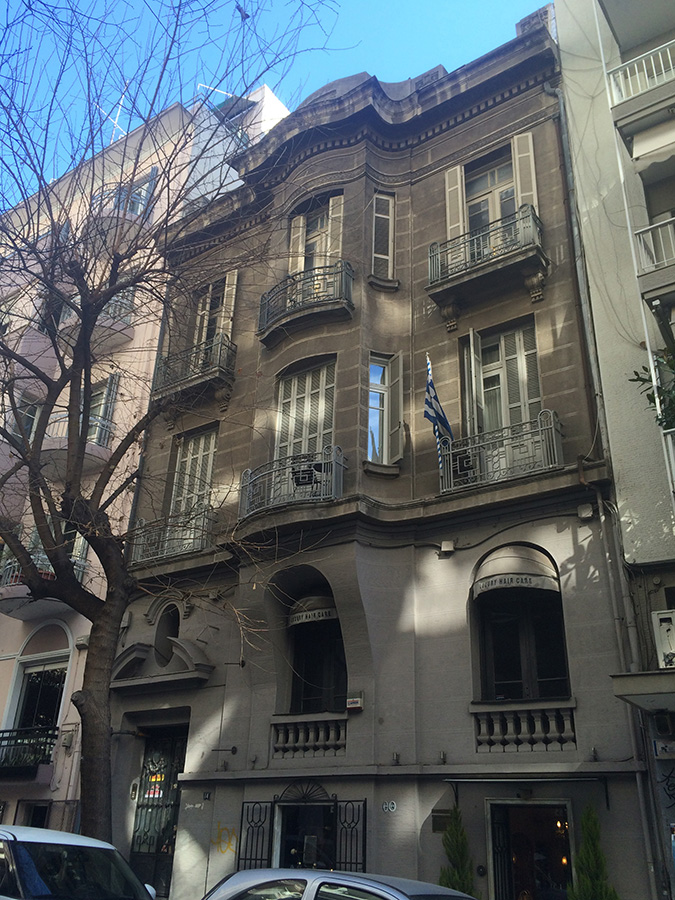 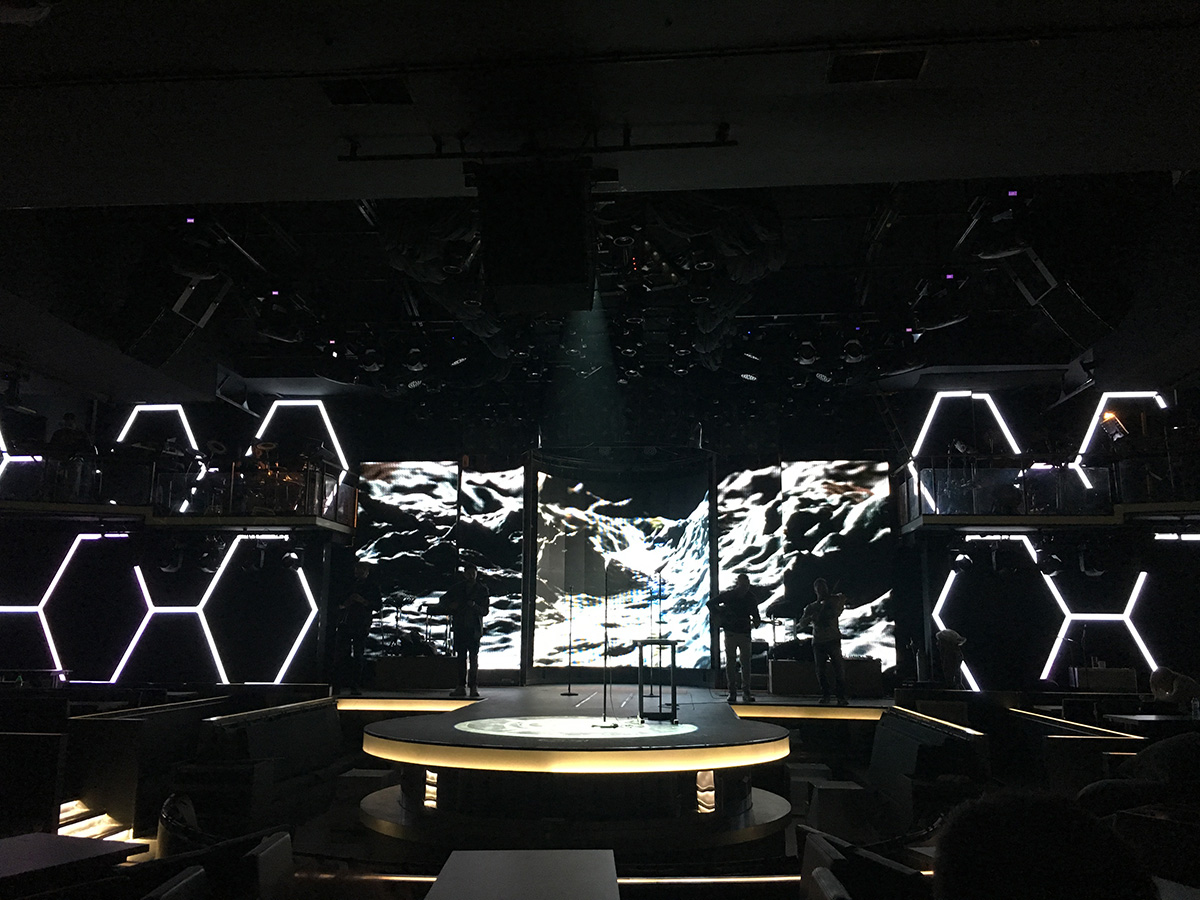 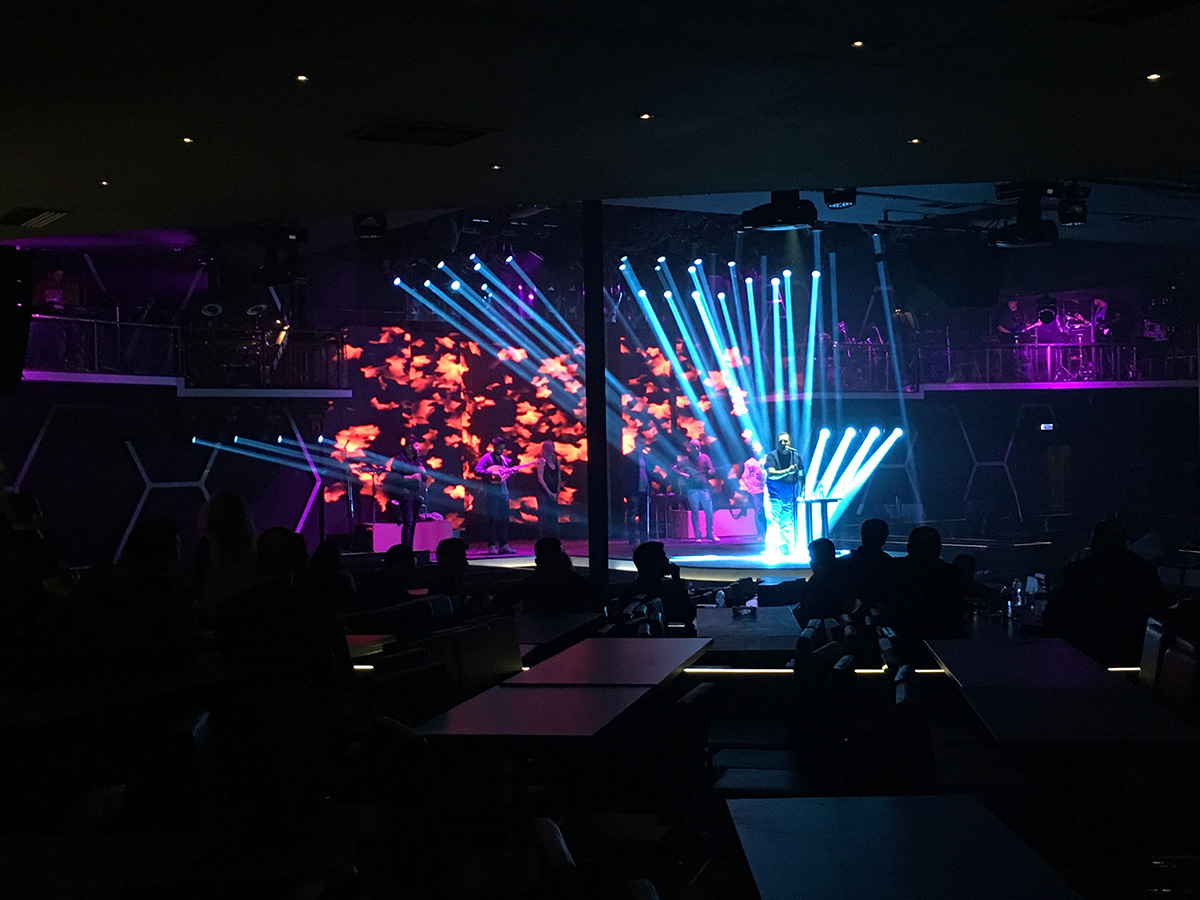 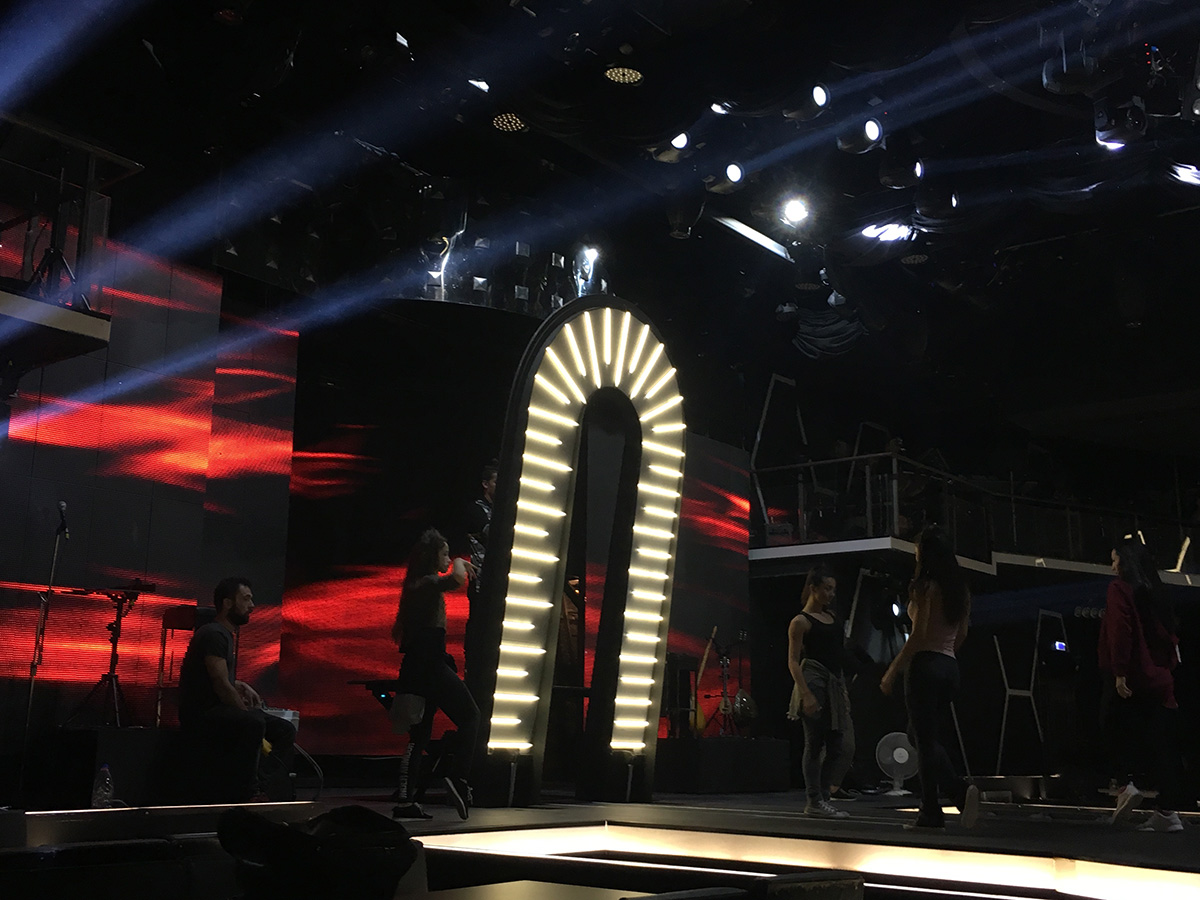 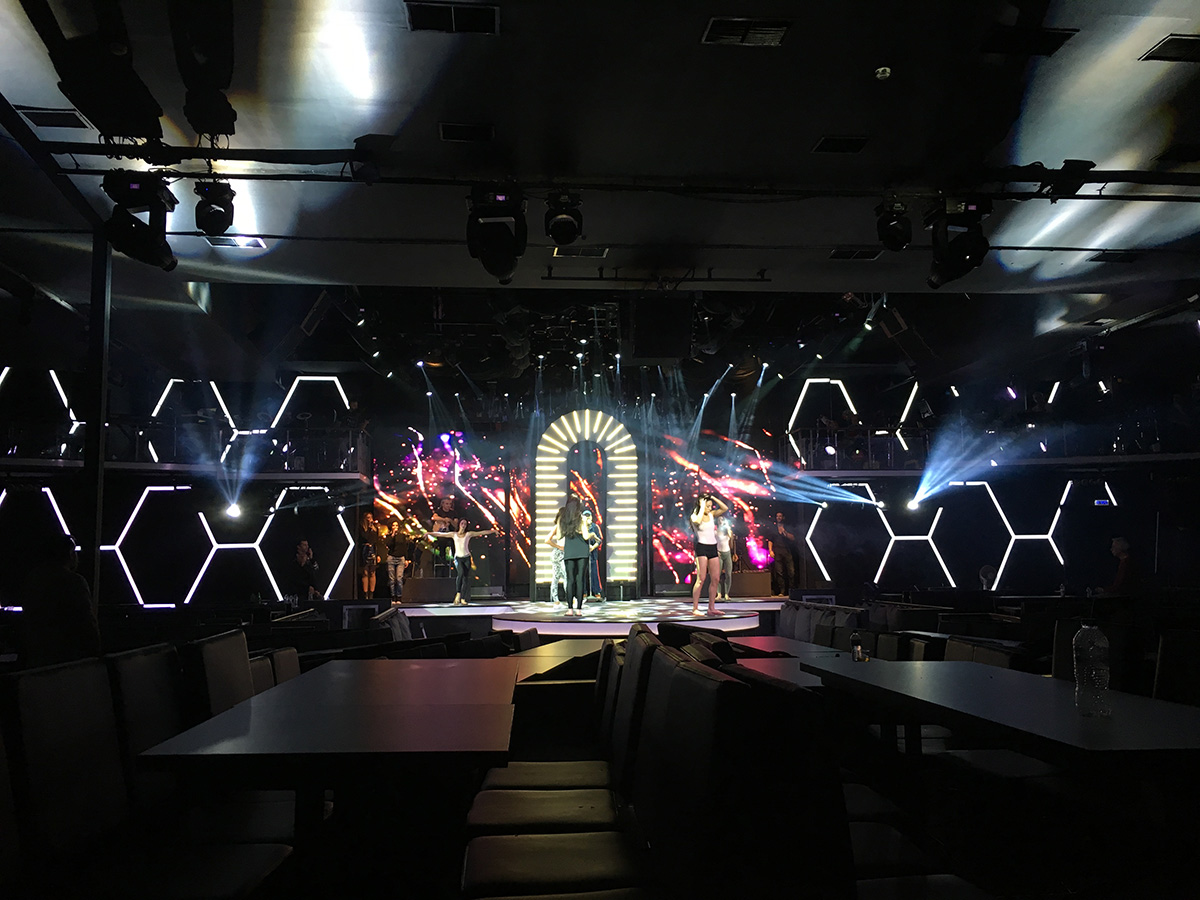 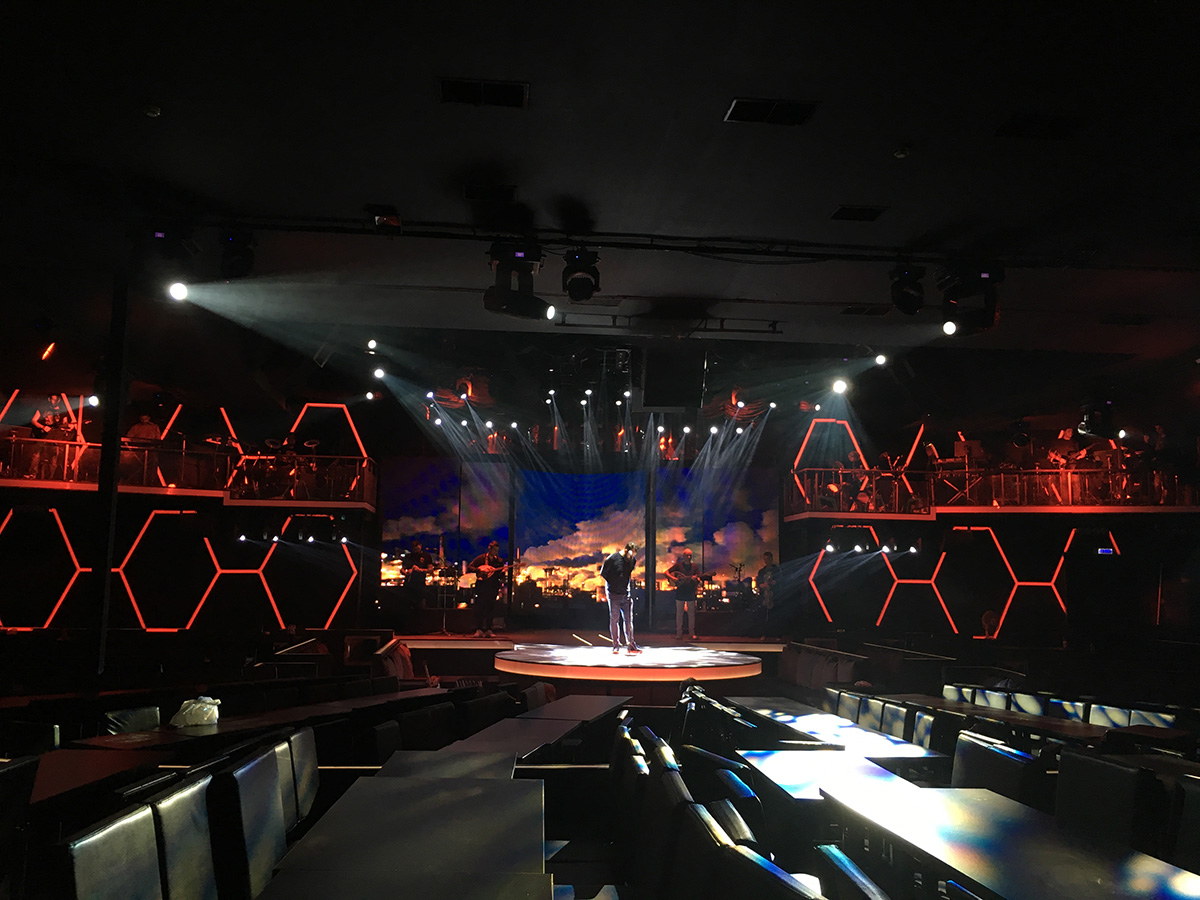 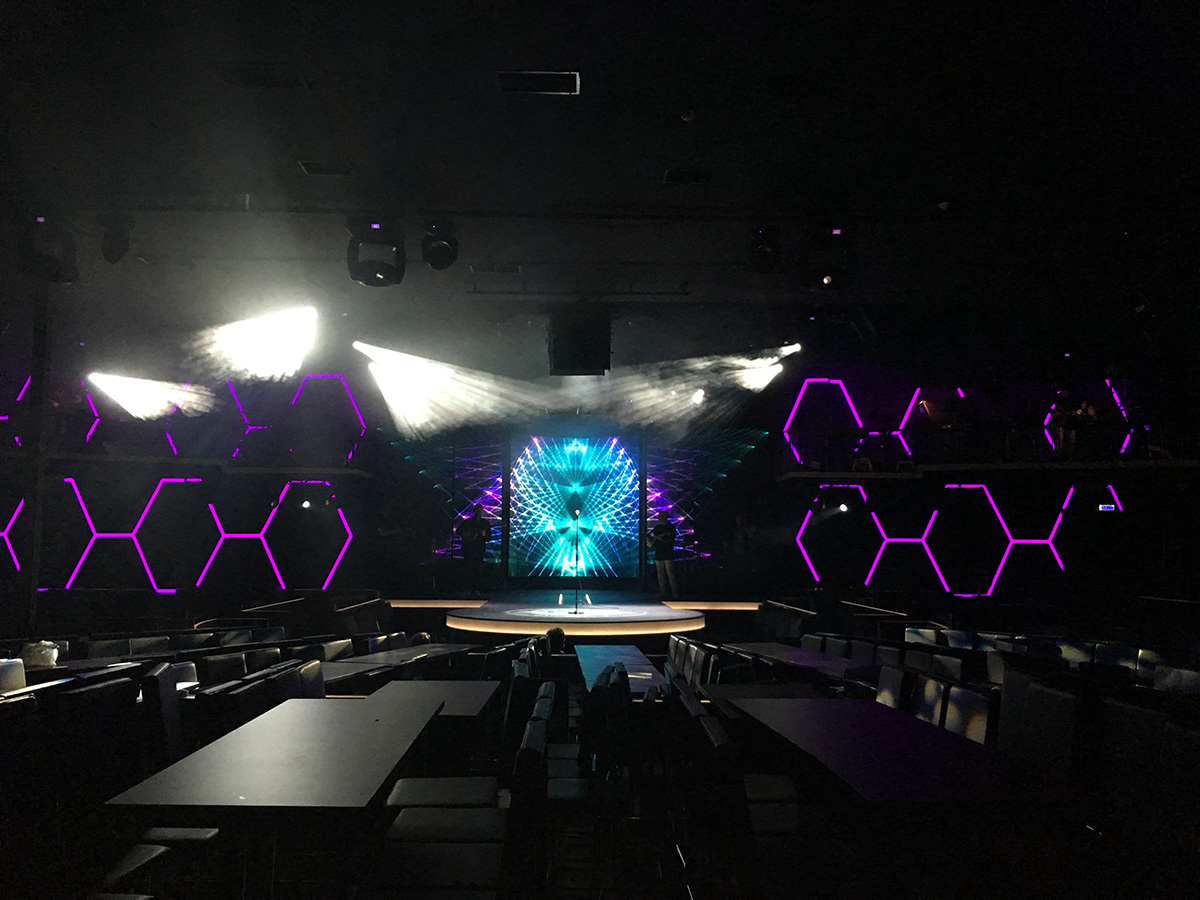 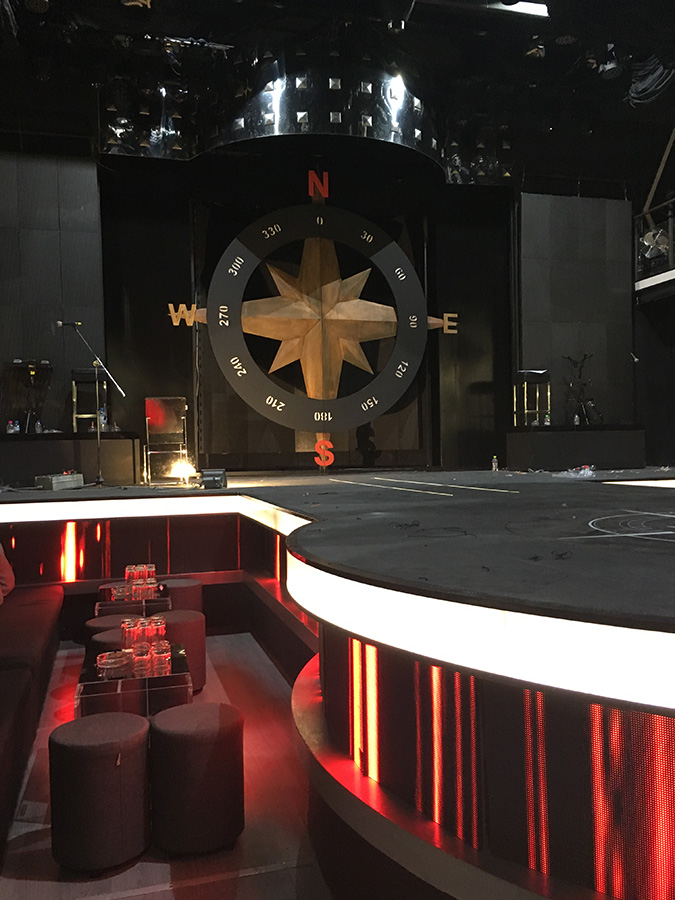 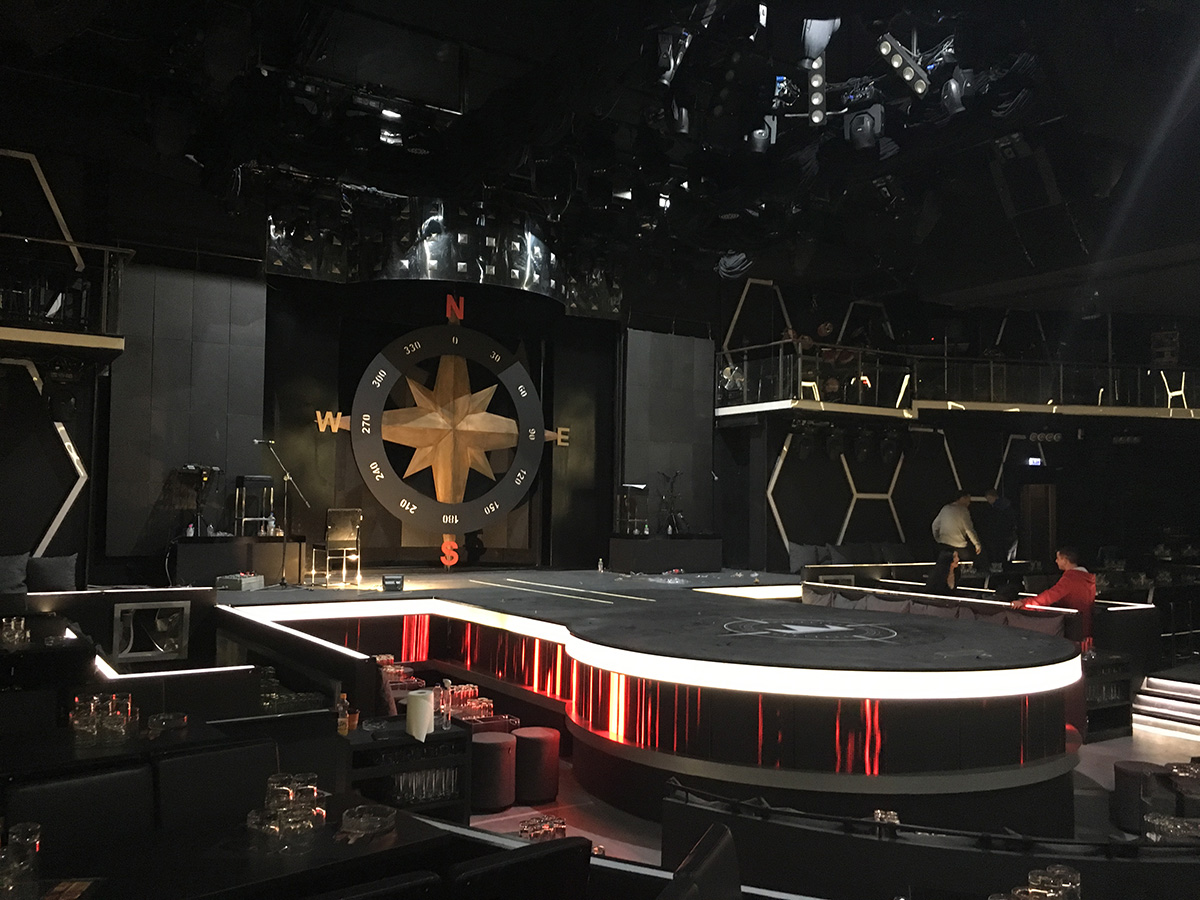 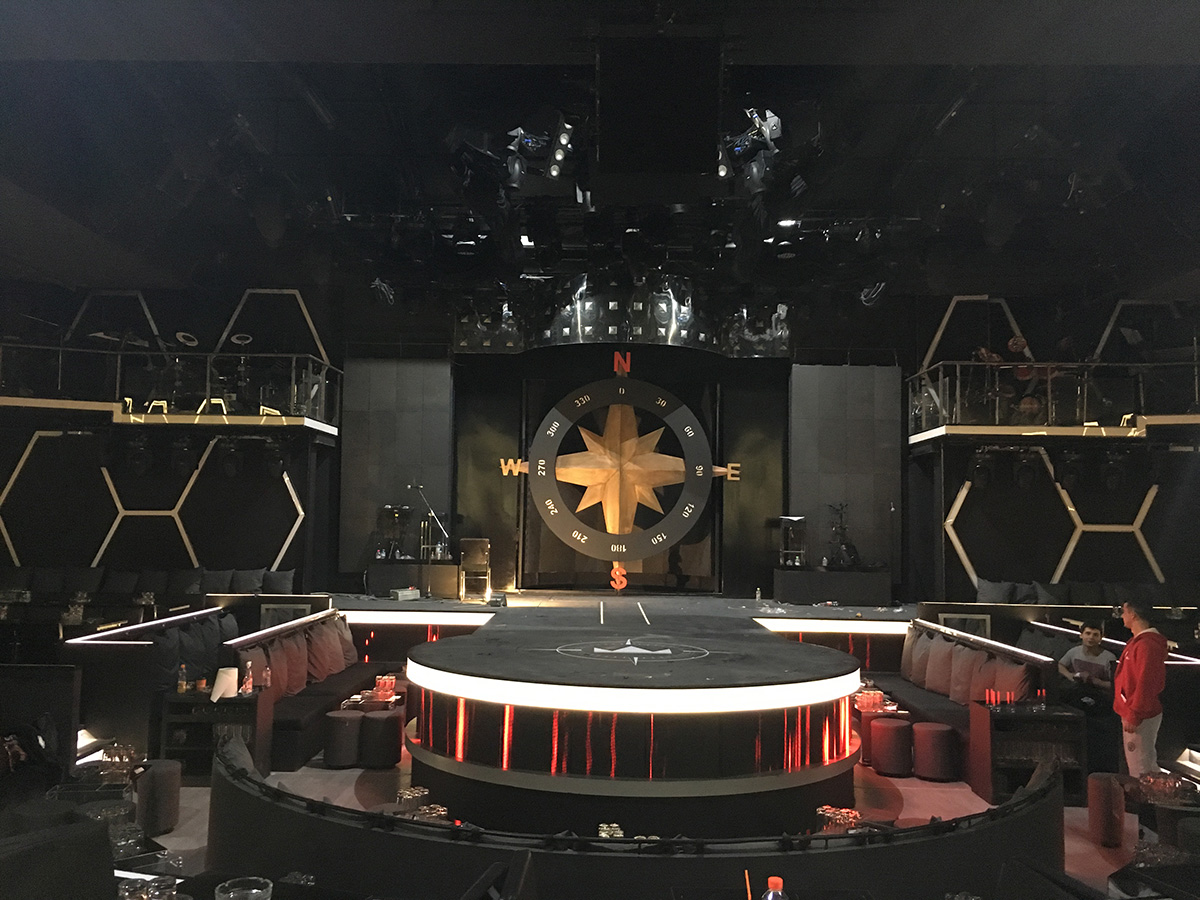 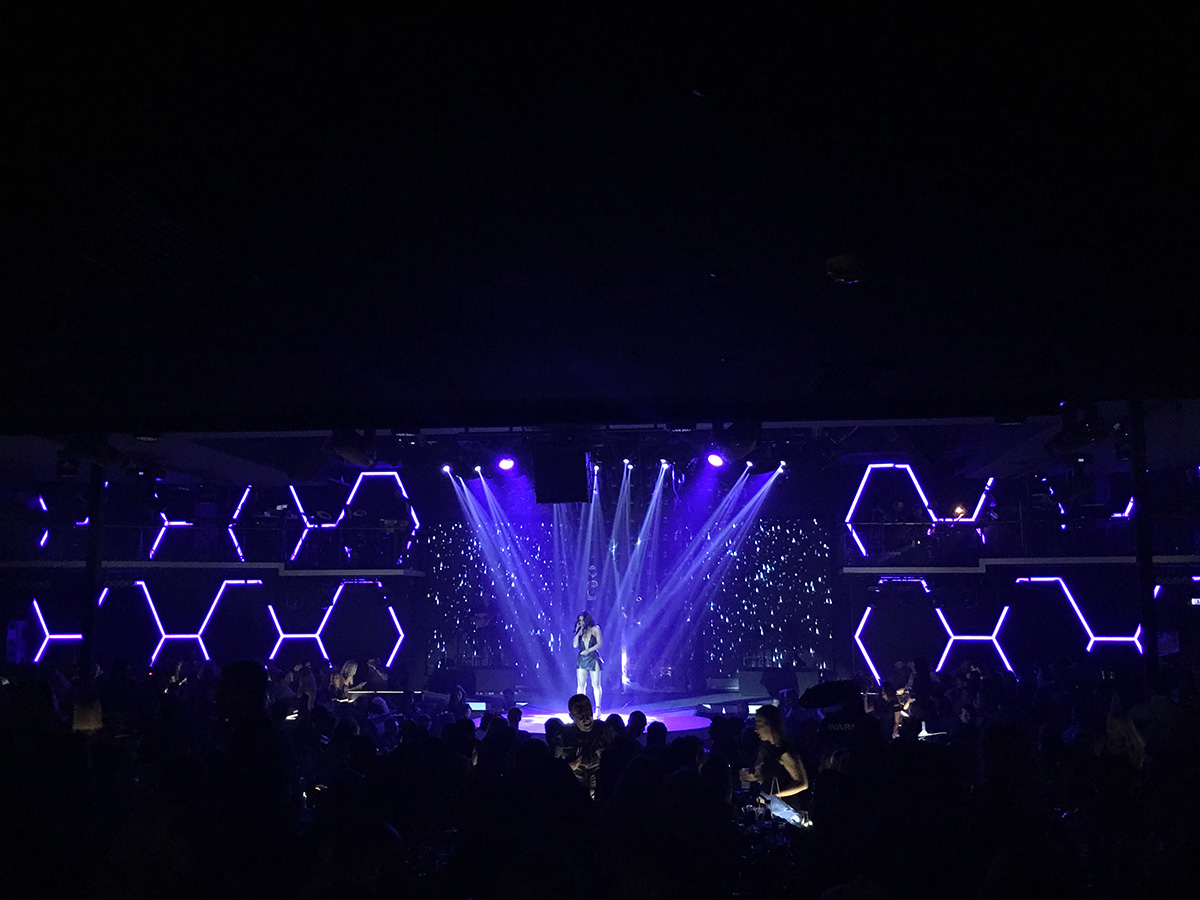 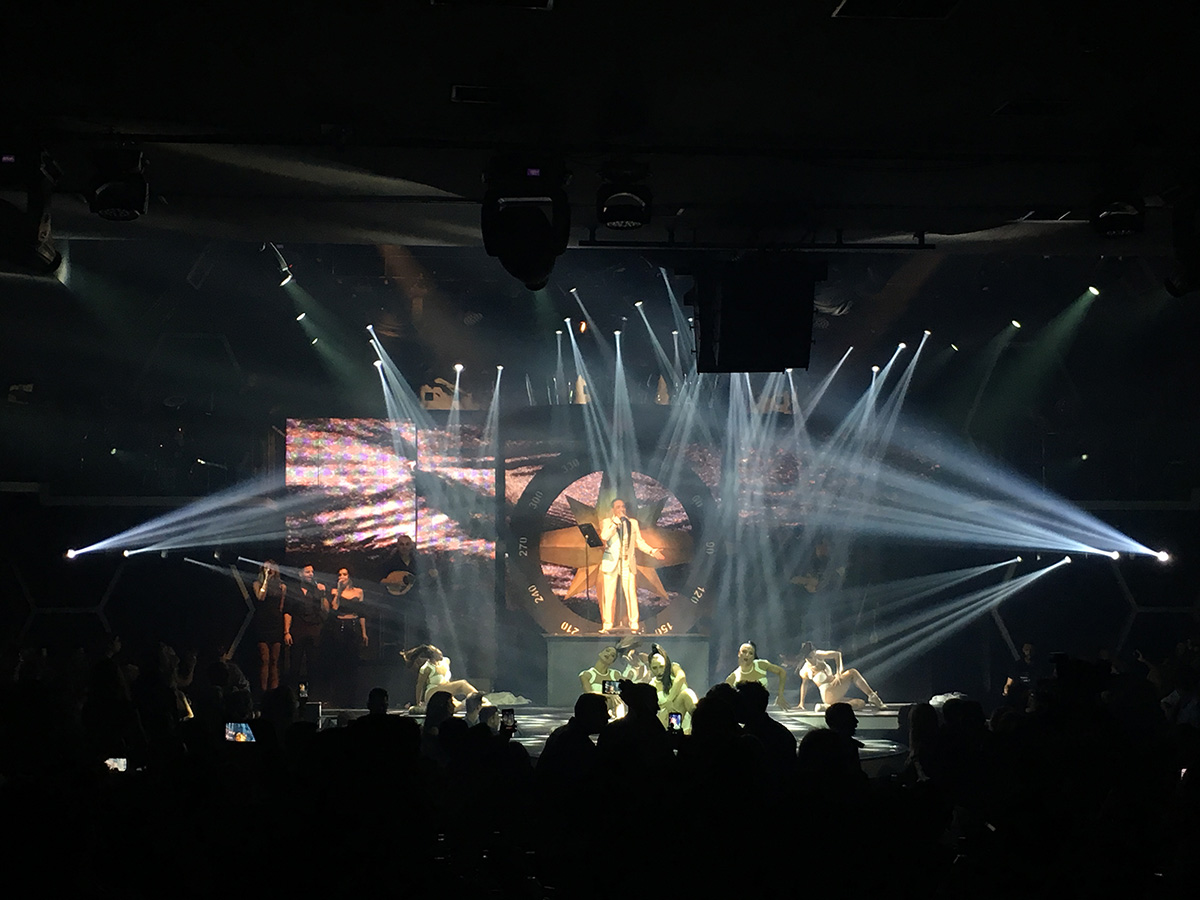 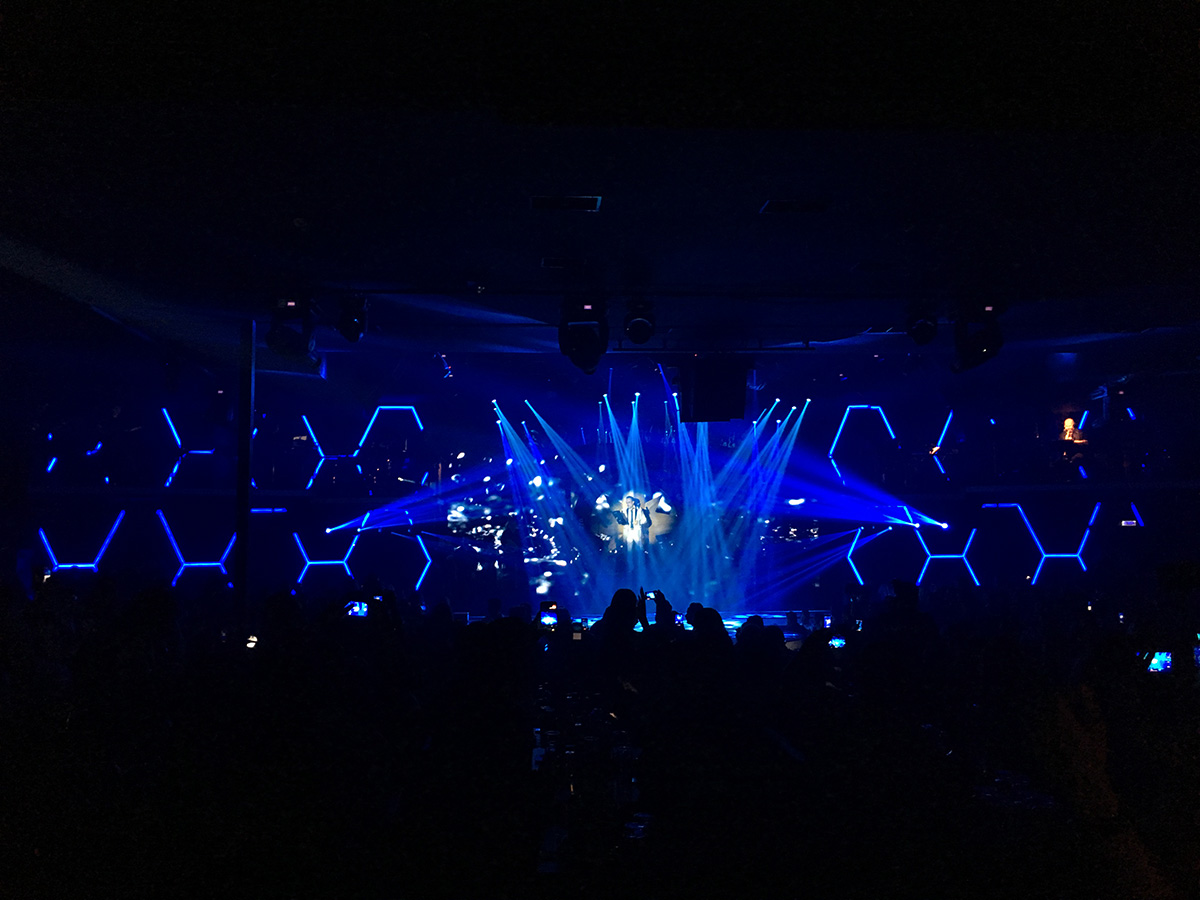 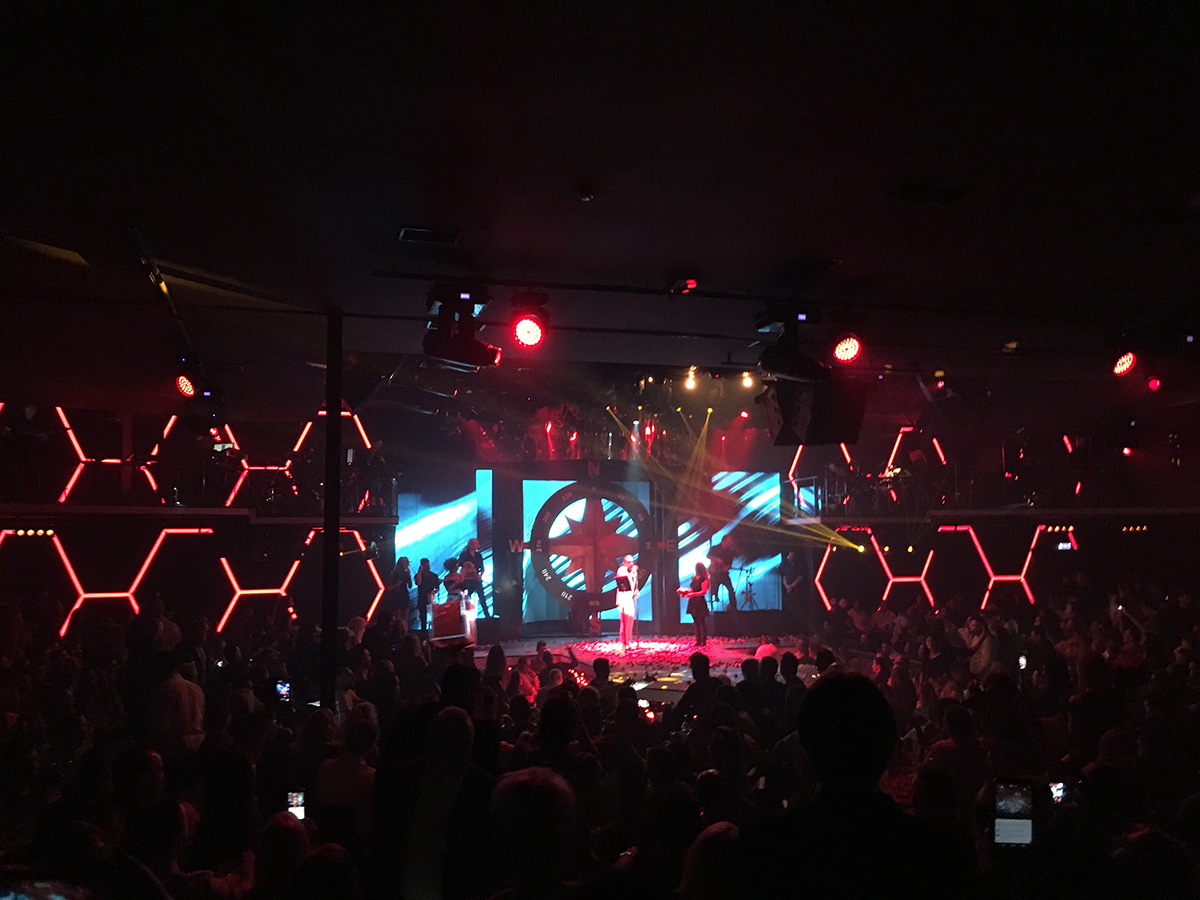 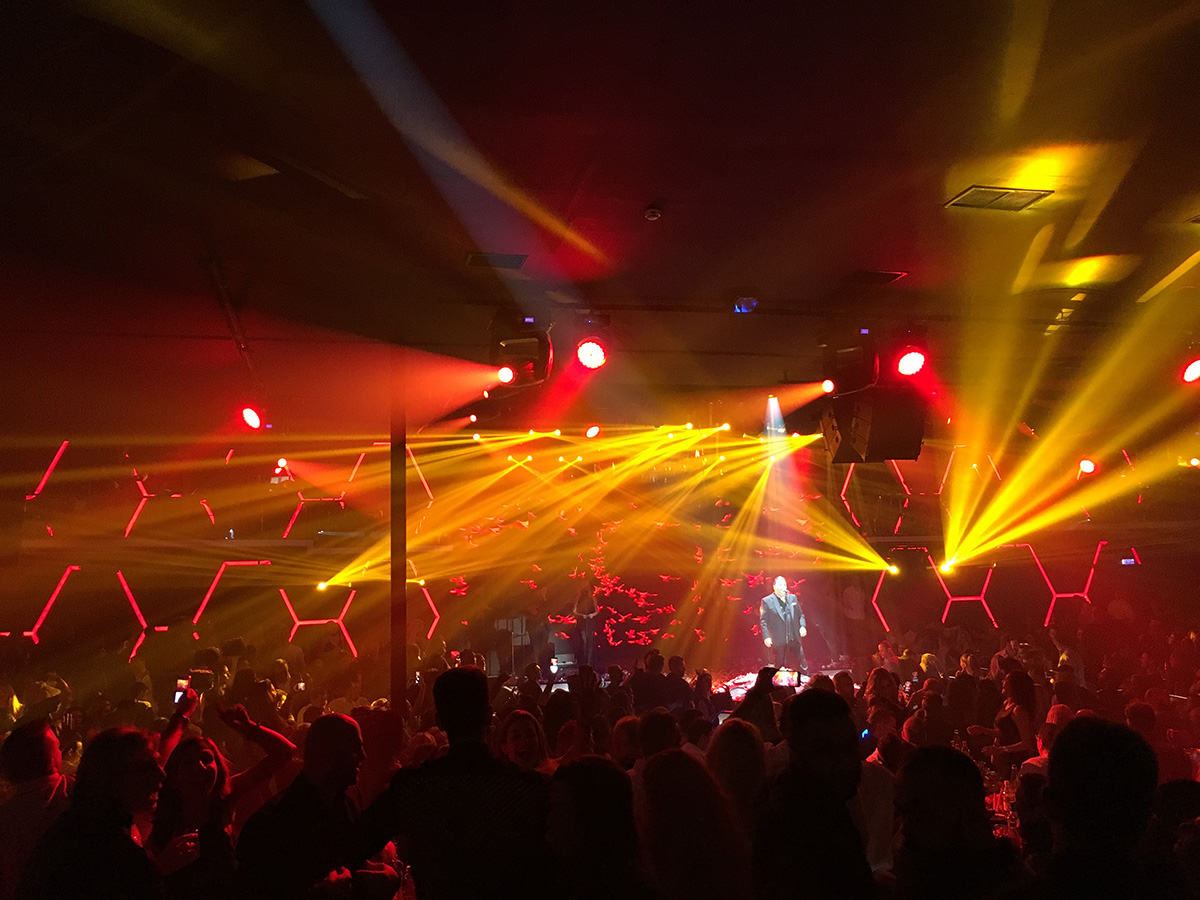 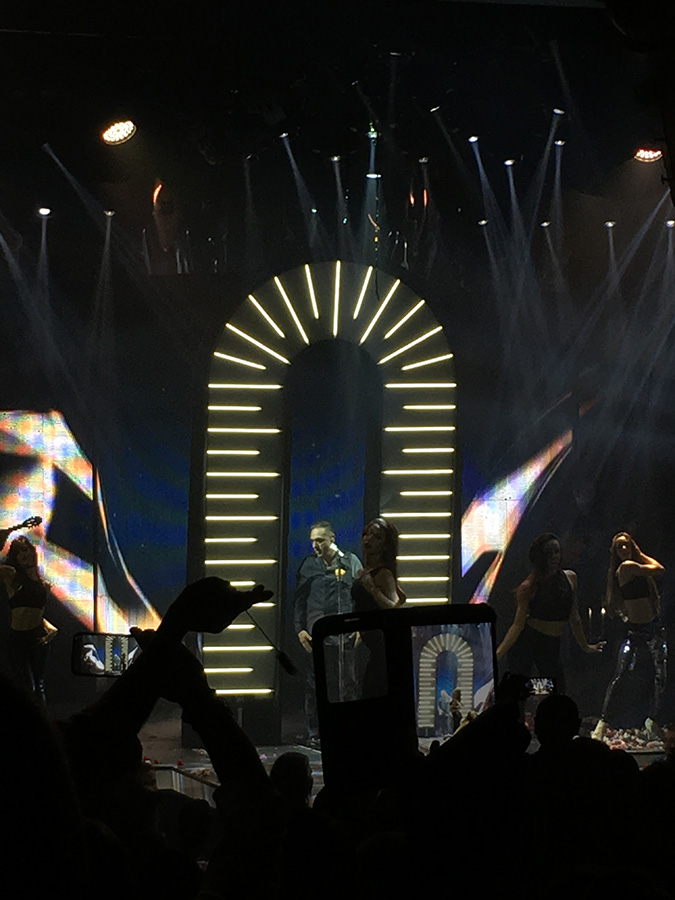 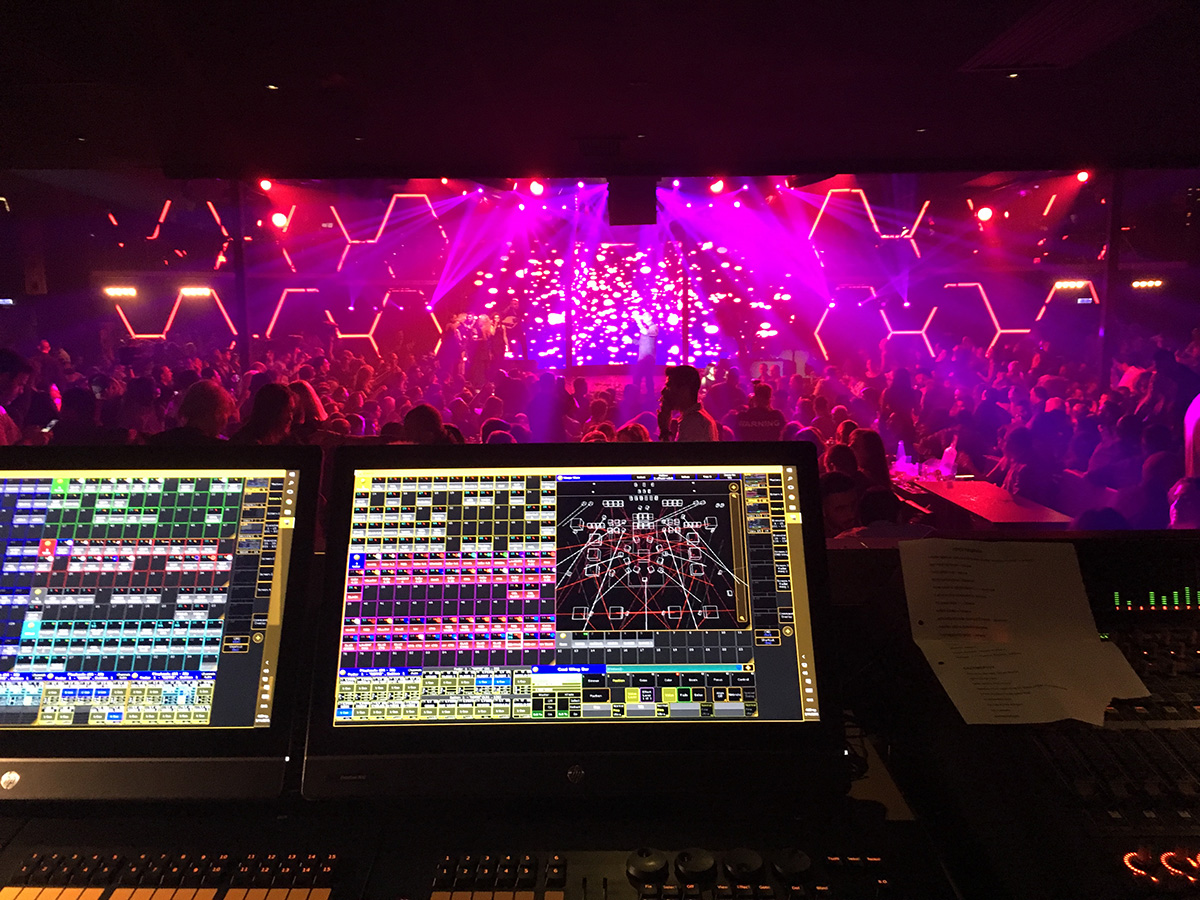