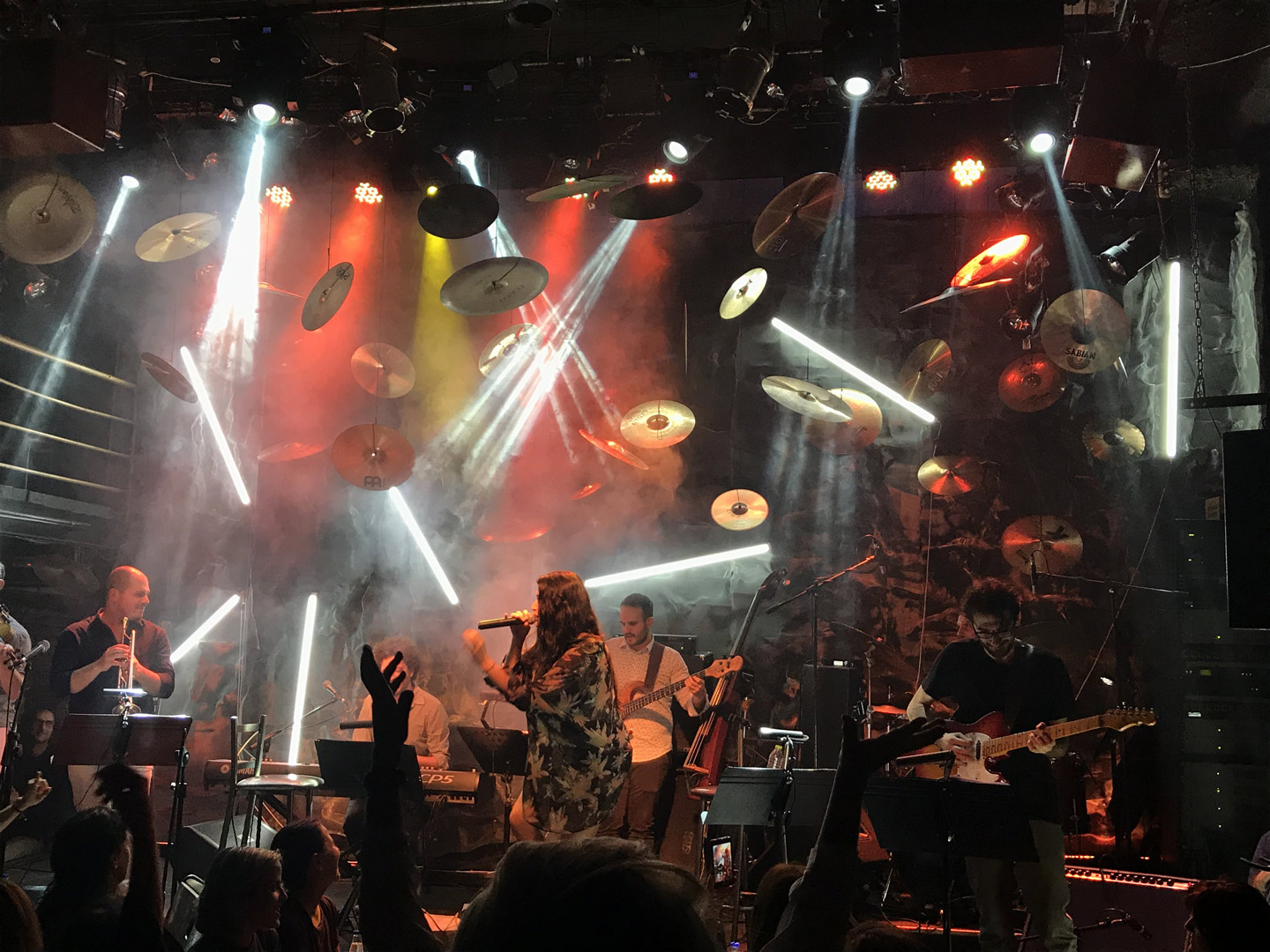 Yanna Vasileiou is a famous Greek artist and singer. Her songs are mostly about love ,and a feeling of innocence and freshness . The audience of the singer is mostly young people around 30-40 years old. During the Winter period she asked from us to design the stage that she was to perform, in the Stavros tou Notou live Stage in Athens. The existing stage was resigned, and a new concept has been placed.  The concept was to create an aesthetic and girly atmosphere and also a jazzy and classy result. We collected parts of drums , crash-cymbals,ride cymbals and hi hat cymbals have been hanged from the roof of the stage. Some light tubes have been placed also in the back of the stage. 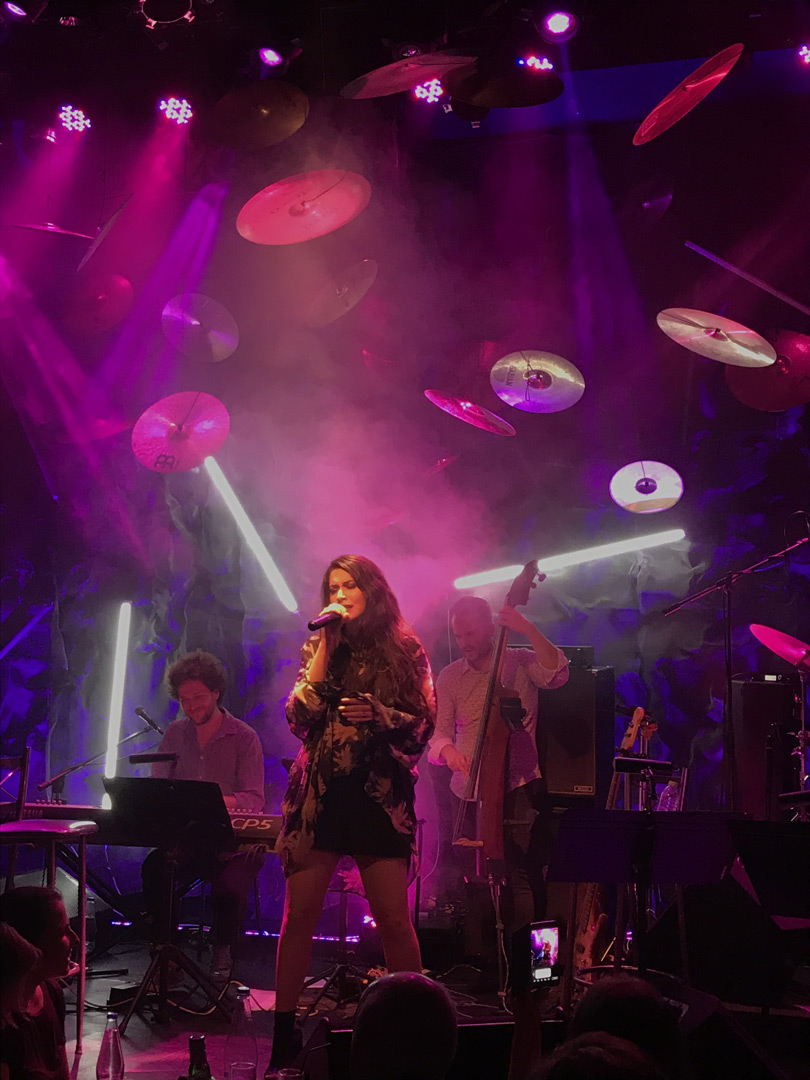 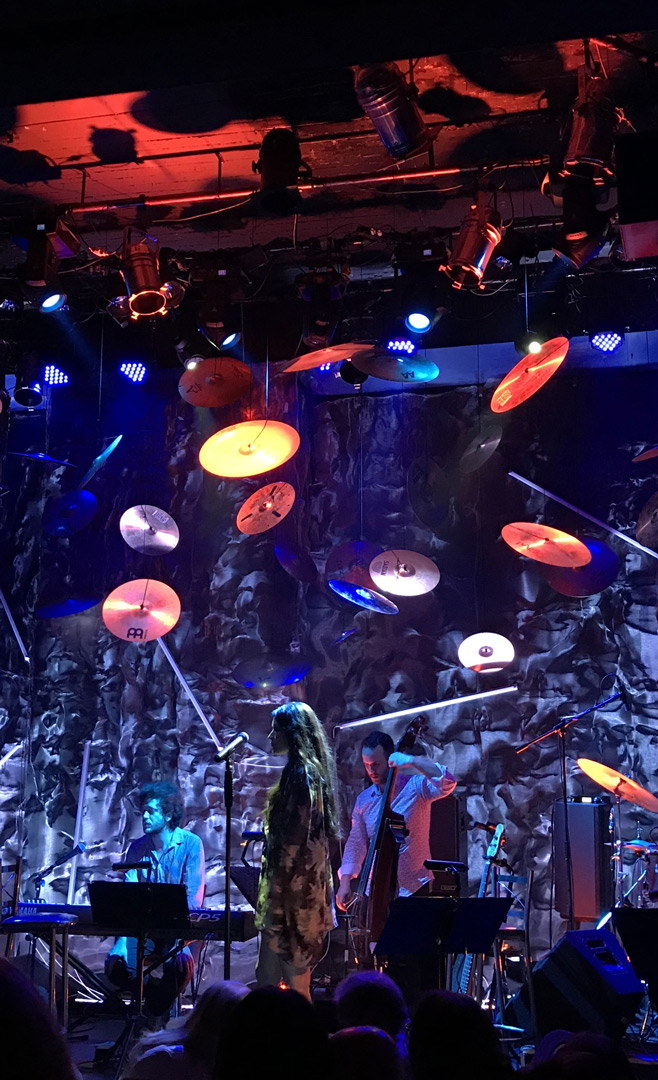 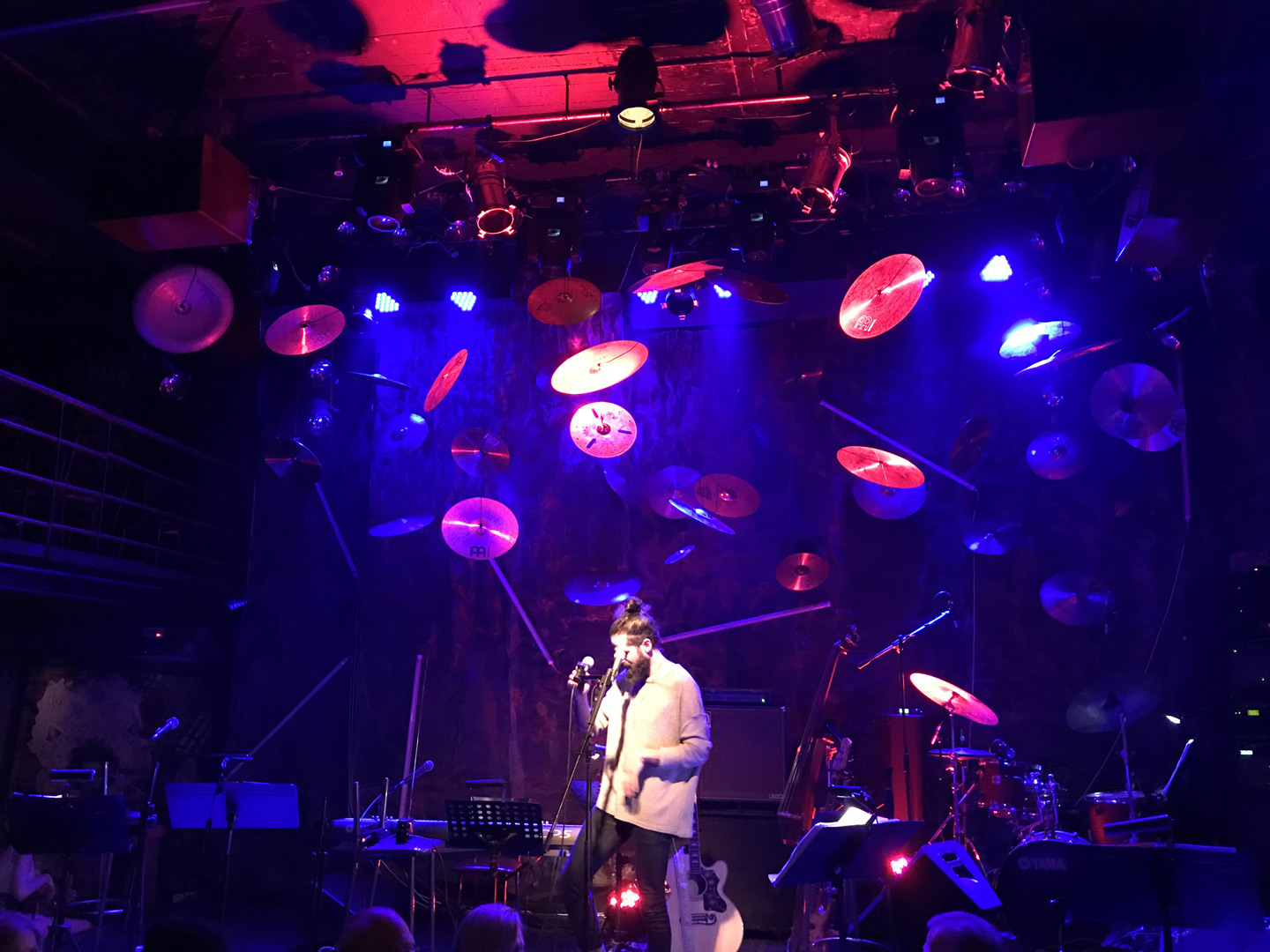